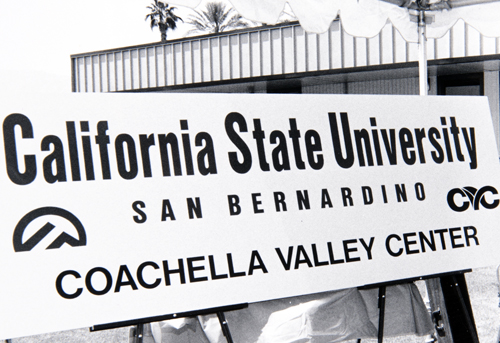 In the early 1980's citizens of the Coachella Valley recognized the economic, cultural and social benefits that a four-year university would bring to the region and organized to meet that need. The Chancellor of California State University advised the group to consult with then President Anthony Evans at California State University, San Bernardino. A year-long study that involved a survey of 10,000 area residents documented the need for state-supported undergraduate, teacher education and graduate programs. The chancellor's office approved that study, as did the CSU Board of Trustees and the California Postsecondary Education Commission. That prompted the state legislature to approve funds to establish what was then called the Coachella Valley Center. The Coachella Valley Center opened in Fall 1986 on land leased from College of the Desert. The center consisted of an administrative office and classroom housed in a construction trailer. The first dean, Catherine Gannon is said to have registered the first class of 80 students out of the trunk of her car. By 1988, three modular buildings were added, bringing the total square footage to slightly more than 4,000 square feet. In 1991, two more modular buildings were added to increase the size of the center to 8,500 square feet. 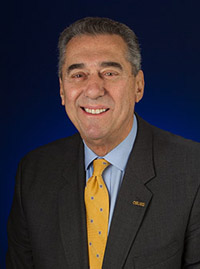 Under the leadership of President Albert Karnig and Capital Campaign Co-chairs Betty Barker and Richard Oliphant, a unique public-private partnership ensued, and community members of the Coachella Valley pooled their resources to support the development of the campus.

Local financial support has funded the construction of the campus facilities, which the state furnishes and maintains.

As profiled in an August 2003 front-page article in The New York Times, the development of the campus is a model partnership between the state and the community. 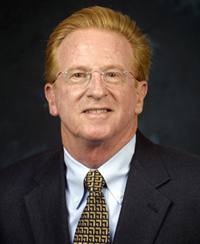 In 1990, Peter Wilson became the Center's second dean. He was instrumental in working with members of the Palm Desert City Council to create a permanent site for the campus. In November 1994, the CSU Board of Trustees accepted a donation from the city for land upon which to construct a permanent campus. 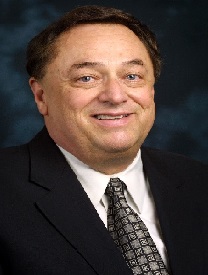 The first building to be constructed and occupied in 2002 was the Mary Stuart Rogers Gateway Building, built with funds from the Mary Stuart Rogers Foundation, the Berger Foundation, the City of Rancho Mirage and Florence Rigdon, a long-time resident of Rancho Mirage. With the move to the permanent campus, and partly as a result of a long-term planning study chaired by Fred Jandt (who became the campus's third dean in 2003), the campus officially changed its name to the Palm Desert Campus of California State University, San Bernardino.

The second and third buildings were occupied in 2005. Built largely with funds from the City of Indian Wells, The Annenberg Foundation, the H.N. and Frances C. Berger Foundation, Palm Desert National Bank, and Jean Hahn and John I. Hardy, Phase II of the campus included the Indian Wells Center for Educational Excellence, a three-story classroom building primarily for teacher education programs, and the Indian Wells Theater, a 300-seat performing arts theater.

Ground was broken in late 2006 for Phase Ill of the campus, the Palm Desert Health Sciences Building, noted as one of the most environmentally sound buildings in the Coachella Valley. Donors for this building included all nine of the Valley's municipalities as well as the County of Riverside, The Desert Healthcare District, the R.D. and Joan Dale Hubbard Foundation, The Webb Foundation, Palm Desert National Bank and other community members. This facility houses the Helene A. Hixon Information Resource Center, biology and chemistry labs, nursing labs, the R.D. and Joan Dale Hubbard Student Health and Psychological Counseling Center, as well as additional classrooms and computer labs.

Everything changed in the fall of 2013 when the Palm Desert Campus opened its doors to its first freshman class, becoming the Coachella Valley's only four-year public university.

In 2015, the city of Palm Desert donated an additional 114 acres, making the total size of the current campus around 169 acres. 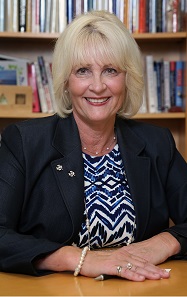 Sharon Brown-Welty became the campus's fourth dean in 2014 and retired in 2018. 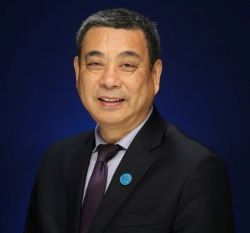 We Define the Future!