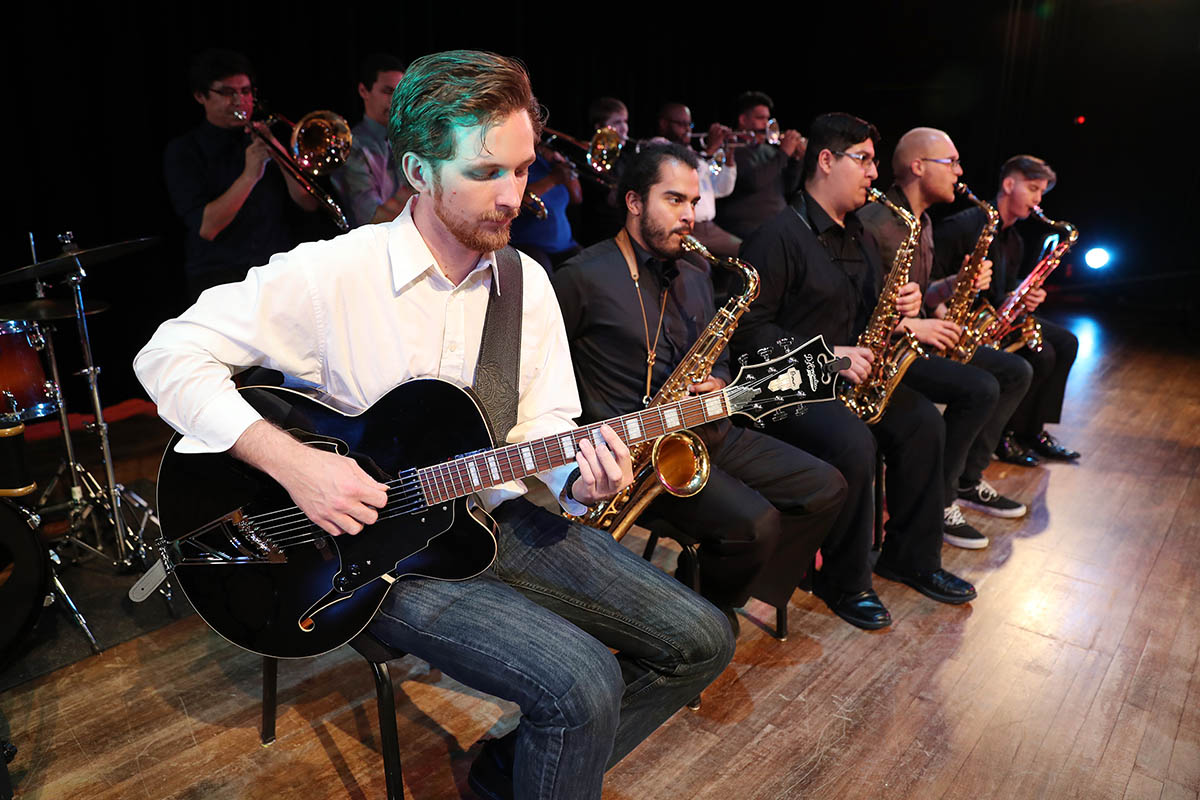 The CSUSB jazz ensemble is made up of undergraduate students representing such diverse majors as Music, Liberal Arts, Education, Business, and English. The ensemble rehearses weekly and performs extensively in the Inland Empire.

This high-energy ensemble prides itself on performing various jazz styles including swing, funk, Latin, as well as ballads. The ensemble is currently under the direction of Dr. Bob Knop.