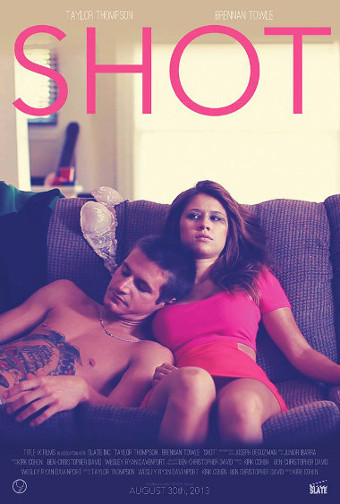 For the Inland Empire 48 Hour Film Project, all 25 competing groups were assigned a character, a prop, a line of dialogue and a genre that needed to be included in their movie, and given only 48 hours to write, direct, produce and edit it. (More information may be found on the Inland Empire 48 Film website)

'There was a lot of pressure to finish on time. Keeping my cool was essential,' said Davenport 'that's when good [planning] and organization helps the most.'

Communication studies professor Dr. Rod Metts has served as both a mentor and instructor for Cohen, Thompson, Davenport and David.

'These students have taken our video production courses where they've learned directing, cinematography and editing,' said Metts 'and they're out there winning awards. I am thrilled to see them get this wider recognition.'

David also plans to submit the short film to other film festivals.

'Hopefully [we] can win more awards and get exposure and maybe [it'll] catapult us into better positions in the industry,' said David.

A New Chapter for the College of Arts and Letters 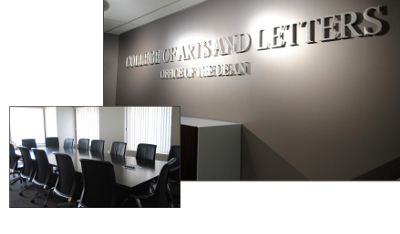 The sawdust has settled, the paint has dried, and boxes have been unpacked in a newly remodeled Office of Dean. After several months of work that saw the removal of walls, and expansion of rooms, the College of Arts and Letters' deans and staff moved back into its offices in mid-January.

On January 29th, Dean Terry Ballman hosted an open house reception to celebrate the completion of the College's administrative office remodel. The project resulted in the expansion of the dean's suite by 877 sq. ft. and included new office space, a larger conference room, an expanded waiting area, and a faculty file reading room.

A new College website was launched in February and a newly formed steering committee is in the process of drafting mission and vision statements that will enable the College to take a more intentional approach to developing and advancing its activities.

Check back often to learn more about the exciting things going on in the College of Arts and Letters.