About the Dean's Office

As the only person in her immediate family to immigrate to the United States, Dr. Rueyling Chuang understands what it’s like to straddle different cultures and the challenge of trying to find a balance between them. Dean Chuang received her PhD from Ohio University and is a full professor in the Department of Communication Studies, where she has taught since 2000. She served for three years as the Faculty Director of the Center for International Studies and Programs (CISP). She was a recipient of an institutional NEH grant and a Title VI grant totaling $300,000. As a scholar, Dr. Chuang's work has appeared in numerous publications and she has co-edited an anthology, guest-edited a special issue and organized annual conferences. Finally, when she is not constantly juggling multiple tasks, she enjoys doing Zumba, going to museums with her family, and (occasionally) doing Tibetan meditation.

Dr. Peter Williams is a Professor of Mathematics who joined CSUSB in 1983.  He served as chair of the Department of Mathematics for 17 years, Associate Dean of the College of Natural Sciences for three years and most recently as the interim Dean of the College of Natural Sciences.  He enjoys spending time with his family participating in activities such as AYSO, fishing, and hiking. Associate Dean Williams received his Ph.D. in mathematics from the University of St. Andrews in Scotland.

Sarah Ellison joined the CAL Advising Center in the Fall of 2018 as a Professional Advisor. She has worked in higher education for more than 7 years as an advisor and career counselor. Sarah received her B.S. in Organizational Management from the University of La Verne and an M.S. in Career Counseling from Walden University. She believes that both her failures and achievements as a student and professional attribute to her ability to successfully work with students, helping them achieve their academic and career goals. During her spare time, she enjoys spending time with her family and friends and going to the movies.

Luis Manuel Huante joined the CAL Advising Center in the Fall of 2016. As a first-generation college student, he struggled getting through higher education which later became the reason for choosing a career helping students accomplishing their academic goals. He started his academic journey at Mt. San Antonio Community College, transferred to Humboldt State University for a BA in Spanish, and received his MA in Higher Education from the University of Redlands. When he’s not helping students, Luis Manuel enjoys traveling, reading, photography, and practicing self-care.

Michelle Fuller joined the College of Arts & Letters in March, 2014 as the Budget and Administrative Analyst. She started her career at CSUSB in 2007 working for University Enterprises Corporation as an Accounting Technician II/Meal Plan Coordinator and in 2012, worked for the Office of Sponsored Programs as a Research Administrator. She is committed to supporting students, faculty and staff and enjoys engaging in conversation with everyone to help them meet their goals and objectives. Throughout her years of service, Michelle has earned a Team Achievement Award for SOAR and an Outstanding Service Award from the Administrative & Finance Department. She has earned her BA in Administration with an Accounting concentration and is currently pursuing her MBA. During her spare time, she enjoys reading, relaxing at home, and watching her son play baseball.

Diana Nieto-Godinez joined the College of Arts and Letters-Dean’s Office in January 2020 as the Administrative Support Coordinator. She is a graduate of Cal State San Bernardino, having earned a B.A. in Business Administration with a concentration in Finance and is currently pursuing a Master’s in Public Administration from the Jack H. Brown College of Business in Public Administration. Prior to this position, Diana worked at the Robert and Frances Fullerton Museum of Art (RAFFMA), housed under the College of Arts and Letters, as the Administrative Support and Visitor Services Coordinator for 5 years. During her free time, she enjoys spending time with family and hiking with friends.

As a transfer student from Chaffey Community College, Diana De La Cruz joined CSUSB and the College of Arts & Letters in the fall of 2011. She earned her B.A. in English Literature from the college's English Department. Now, as the Administrative Support Assistant, Diana is pursuing a Master's Degree in English Composition with a Literature concentration in our English M.A. Program. Diana enjoys spending time with her family and hopes to become an English Professor in the future.

David Brady joined the College of Arts and Letters in March 2020 as its Communication Specialist. After earning a B.A. in Journalism and Filmmaking from California State University, Northridge, he began his career as a staff writer for the Los Angeles Times and later worked for the Orlando Sentinel and Los Angeles Daily News. David next spent more than 14 years with Walt Disney Parks and Resorts in a variety of strategic communication roles, including public relations, crisis communications, social media and internal communications, then led all PR efforts for LEGOLAND Florida Resort. He enjoys reading, movies and visiting theme parks.

Though a part of CSUSB for years prior to joining the College, Ken Han began his role as the Lead of the Arts and Letters Information Technology Consultants in January of 2012. With a M.S. in Computer Science, Ken brings passion to his work and enjoys working in the dynamic atmosphere of the College. In his years of service to CSUSB, he has earned numerous awards, including the Distinguished Divisional Service Award (2002-2003), the President's Outstanding Employee Award (2009-2010), the President's Special Achievement Award (2012-2013), and, for his work as a Lecturer for the School of Computer Science and Engineering, the Golden Apple Award. When not keeping the College's computers running, Ken enjoys hiking, traveling, and photography.

Rigoberto Solorio started working the CSUSB as a Student Assistant in 2005 and joined the College of Arts and Letters five years later as an Information Technology Consultant. A first-generation college graduate, Rigo earned his Bachelor's and Master's degree in Computer Science. He takes particular satisfaction in supporting the College's faculty, staff, and students and enjoys working with the diverse media used by the College's myriad programs. For his work on Latino Education and Advocacy Day (LEAD), Rigo received a presidential award. He continues to work with LEAD and in his spare time plays semiprofessional soccer.

As an Information Technology Consultant, You (Leo) Li joined the College of Arts & Letters in 2016. He earned his M.S. degree in Computer Science from CSUSB. While a student he worked as a student technical assistant for the Teaching Resource Center and a webmaster for the Phi Beta Delta Honor Society Headquarters as well as the CSUSB NEH Grant Faculty Learning Community. Leo is gifted in implementing and maintaining network hardware and software, troubleshooting network problems and ensuring network security, availability and performance standards. In addition to programming, Leo enjoys photography, drawing, badminton, and basketball.

Dr. Luz Elena Ramirez’s role is to promote research and creative activity in Arts & Letters and to create opportunities for interdisciplinary collaboration across colleges. An active scholar, she has published British Representations of Latin America, is working on a manuscript entitled Conquest and Reclamation in the British Imagination, and presents conference papers on romance adventures and archaeological fantasies. 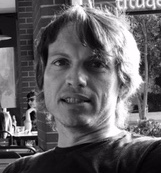 Dr. John Mumma’s role is to further develop a culture of assessment in the Arts & Letters programs. An associate professor in CSUSB's Department of Philosophy, Dr. Mumma teaches undergraduate courses in logic and the philosophy of mathematics. His research concerns the nature of mathematical proof and the foundations of elementary mathematics.

Jenny Andersen's role is to organize workshops for faculty on grant opportunities and submission and on scholarly writing and publication.  She has managed institutional, interdisciplinary grants for the college and has received federal funding for her own scholarly projects.