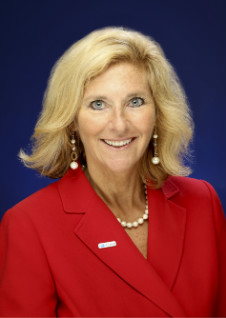 Shari G. McMahan was named provost and vice president for academic affairs at California State University, San Bernardino in September 2016. She is the first woman in the university’s history to lead the division.

McMahan joined Cal State Fullerton in 2000 as an associate professor in the Department of Health Science. Through the years, she served in a myriad of leadership roles, including interim associate vice president for Research, Creative Activities and Technology Transfer; dean of the College of Health and Human Development as well as professor and chair in the health science department.

She has been awarded more than $4 million in external funding. Major projects funded include: the North Orange County Allied Health and other Health Careers Opportunity Program (NOCA HCOP), funded by the Health Resources and Services Administration; the CSUF ADVANCE (Increasing the Participation and Advancement of Women in Academic Science and Engineering Careers) -IT-Catalyst Project, funded by the National Science Foundation; The California-Nevada Public Health Training Consortium, funded by the Health Resources and Service Administration; and An Interdisciplinary Approach to Prevent Childhood Obesity, from Infancy to Adults, funded by the Centers for Disease Control.

Additionally, she has authored more than 45 peer-reviewed journal articles, given dozens of scientific and community presentations, and served on numerous professional tasks force. She has been a member of the Association of American Colleges and Universities since 2012.

McMahan received a bachelor’s degree and Ph.D. in social ecology from UC Irvine, and a master’s degree in health science from Cal State Northridge. She has an academic appointment as a full professor in the College of Natural Sciences, Department of Health Science and Human Ecology at Cal State San Bernardino.