“The Suicide of Miss Xi: A ‘Crime of Economics?’” by Bryna Goodman, professor of history from the University of Oregon, will be presented at 10:30 a.m. Monday, March 21, on Zoom. This program of the Modern China Lecture Series is free and open to the public.

The suicide of a female clerk in September 1922, democracy and disenchantment in the Chinese Republic will be the focus of the next program of Cal State San Bernardino’s Modern China Lecture series.

The program is free and open to the public.

Goodman’s presentation takes its title from her 2021 book, “The Suicide of Miss Xi: Democracy and Disenchantment in Republican China,” which opens with the death of Xi Shangzhen, whose body was found on Sept. 8, 1922, hanging in the Shanghai newspaper office where she worked. A controversial Chinese court trial found her May Fourth activist employer, Tang Jiezhi, guilty on the charge of defrauding her of money in a financial bubble that had just shaken the city. The case provides a window onto ideas of democracy and economic liberalism at a time when Chinese stock exchanges emerged in a space of colonialism, legal pluralism, and fragmented sovereignty.

According to the book’s website, “Xi Shangzhen became a symbol of the failures of the Chinese Republic as well as the broken promises of citizen’s rights, gender equality, and financial prosperity betokened by liberal democracy and capitalism.”

In addition to “The Suicide of Miss Xi,” Goodman’s work maps globally circulating institutions and categories of knowledge in modern China. She is author of “Native Place, City, and Nation: Regional Networks and Identities in Shanghai,” and co-editor of “Gender in Motion: Divisions of Labor and Cultural Change in Modern China” and “Twentieth Century Colonialism and China.”

Upcoming programs in the Modern China Lecture Series, which will resume virtually after the university’s spring break, include: 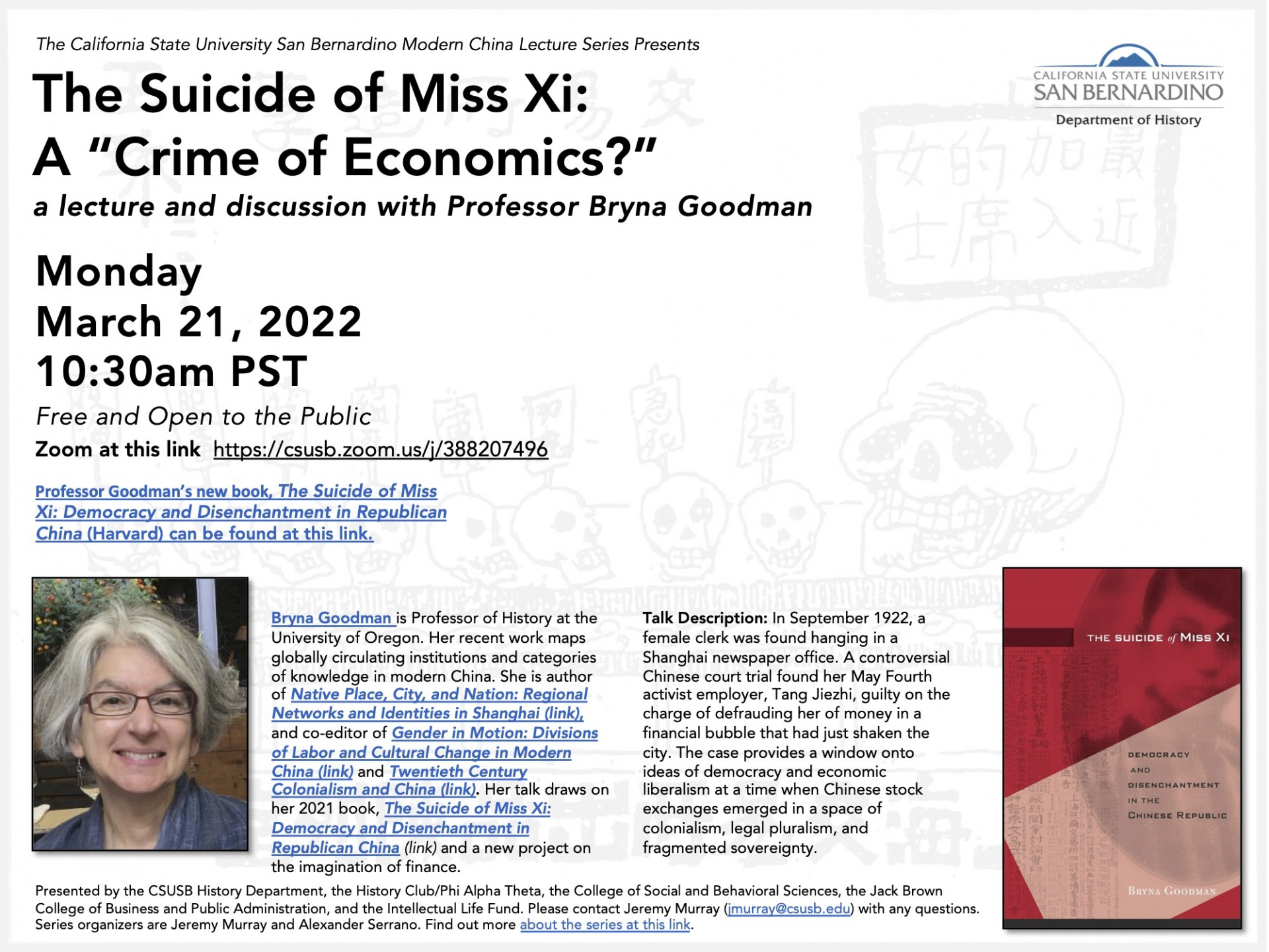