How the Chinese Nationalists regime of the early 20th century commemorated millions of war dead and compensation of the bereaved fortified the government’s central authority will be the topic of the next Modern China Lecture.

The talk is free and open to the public.

Vu’s presentation will discuss the ending of the Second Sino-Japanese War, which marked a crucial step in China’s nation building. According to a program summary, “The whole population, based on their eligibility for martyrdom, was incorporated into the nation-state. When the state granted to each of its members the right to die as a martyr, the necropower of the state was not limited to subjecting the population to death. It included urging civilians to sacrifice their lives in exchange for posthumous honors.”

Vu is the author of  “Governing the Dead: Martyrs, Memorials, and Necrocitizenship in Modern China (Cornell University Press, 2021),” which examines the efforts of the Chinese nation-state to record, commemorate, and compensate military and civilian dead and how such efforts transformed China’s social and cultural institutions.

Upcoming programs, which will take place on Zoom at https://csusb.zoom.us/j/388207496 and are free and open to the public, include: 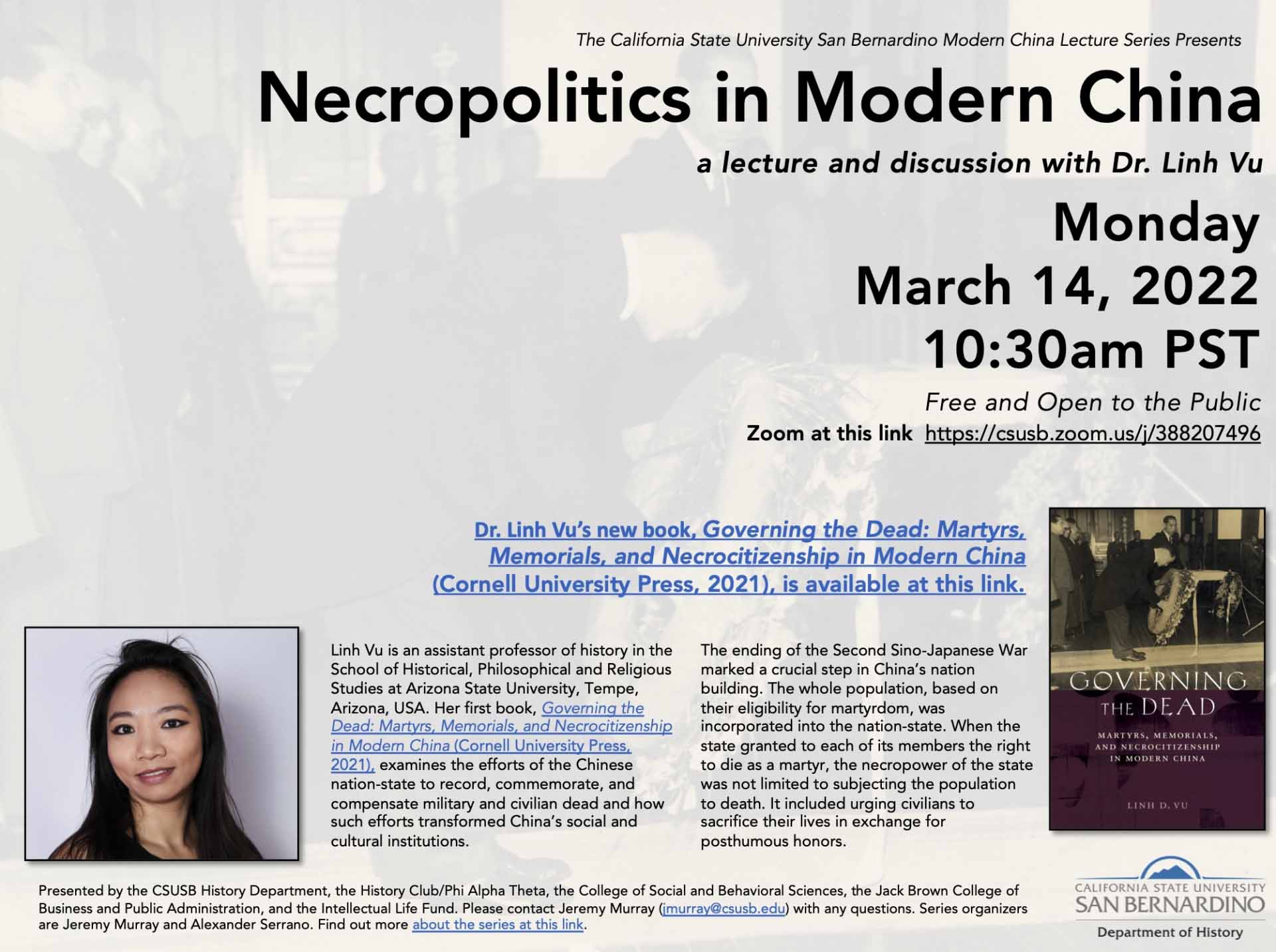