We recognize that California State University, San Bernardino sits on the territory and ancestral land of the San Manuel Band of Mission Indians (Yuhaaviatam). We recognize that every member of the California State University, San Bernardino community has benefitted and continues to benefit from the use and occupation of this land since the institution’s founding in 1965.

Consistent with our values of community and diversity, we have a responsibility to acknowledge and make visible the university’s relationship to Native peoples. By offering this Land Acknowledgement, we affirm Indigenous sovereignty and will work to hold California State University, San Bernardino more accountable to the needs of American Indian and Indigenous peoples.

In 2018, the Presidential Advisory Committee was created as a result of the CSUSB campus-wide Native American Enrollment and Achievement Initiative (NAEAI) to ensure collaboration between local stakeholders, tribes, community leaders, and students in an effort to further higher education access for American Indian, Alaskan Natives, Pacific Islanders, First Peoples of Canada and students identifying as Indigenous. The primary objectives of NAEAI and the associated CSUSB outreach, recruitment, and retention efforts are to increase on campus enrollments of Native American students and to provide additional, culturally-specific supports to ensure higher graduation rates.

In collaboration with local tribes and other community stakeholders, CSUSB's NAEAI created a specialized outreach unit to serve our Native American students and community members. Through the generous financial support of the San Manuel Band of Mission Indians, CSUSB has created specific scholarships, offices, and outreach support for the American Indian and Indigenous student populations interested in attending CSUSB or other CSU/UC systems. The recent grant awarded CSUSB, through San Manuel Band of Mission Indians in the amount of $960,000, allows CSUSB to provide valuable support and resources for students, which otherwise might not be possible. The grant also helped support the creation of the Native American Outreach Coordinators, who serve as individualized resources for students, while providing personalized higher education information, workshops, and engagement in culturally tailored approaches to promote and enhance Native American experiences on and off campus. 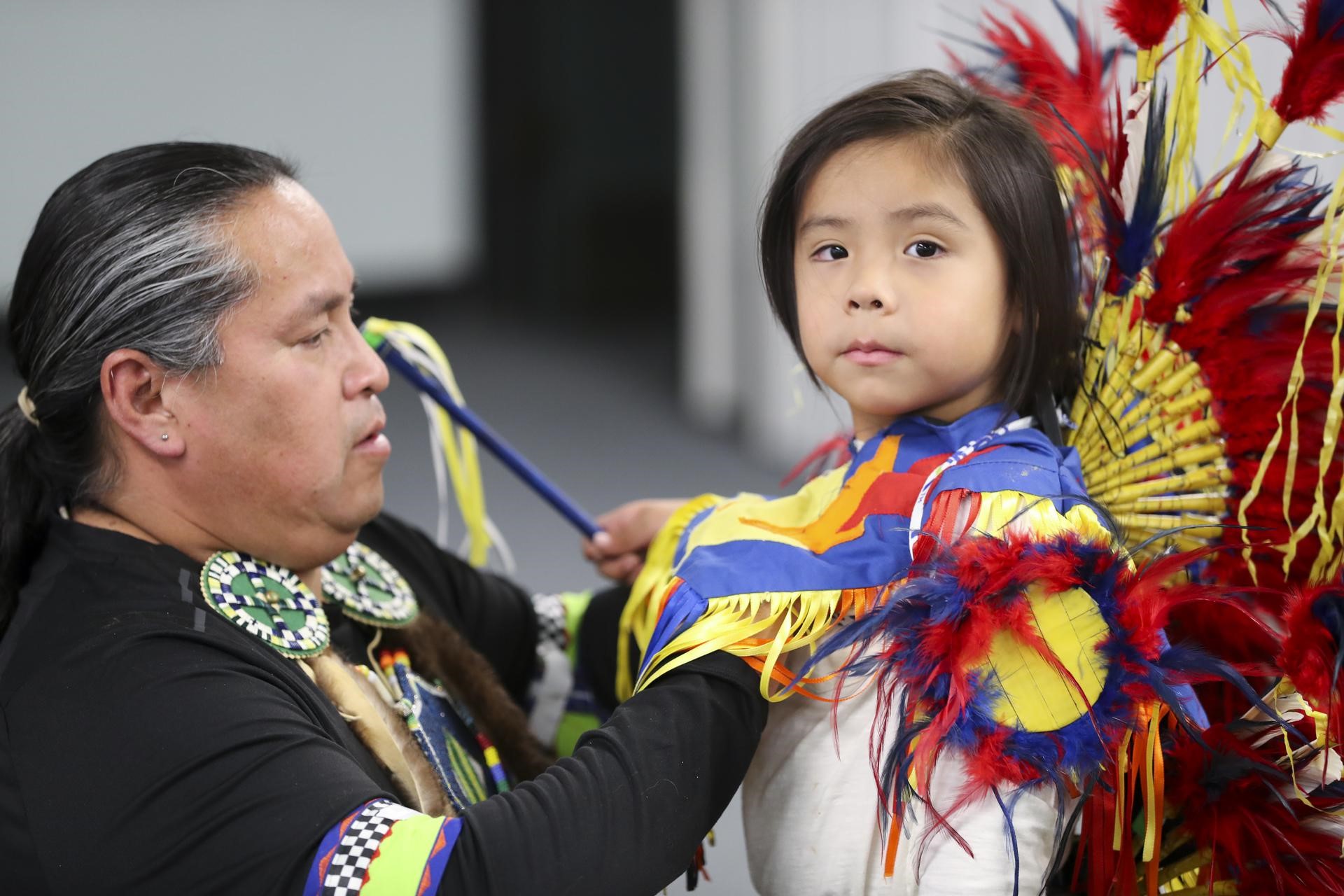 Through our university partnership and the generous support of the San Manuel Band of Mission Indians, CSUSB has received extra scholarship funding to provide to students who demonstrate outstanding dedication not only to their academics but also to continued engagement with the Native community throughout their academic career and beyond.

The San Manuel Opportunity Scholarship is available to half-time or full-time undergraduate students. Criteria and award amounts vary depending on enrollment status so please read the below information carefully.

Full-time (6.5+ units) and half-time (6 units or less), undergraduate students are eligible for the scholarship if they meet the following criteria:

Scholarship awards typically range from $2000 - $2,500. The scholarship can be used for tuition and or education-related expenses (books, school supplies, etc.).

Please click on the following link, it will prompt you to enter your CSUSB ID number followed by @csusb.edu. For example (000000000@csusb.edu). The application should successfully open for you then. Please apply HERE: https://tinyurl.com/SMScholarship2023

Please contact me if you have any questions or would like my help in applying: Melissa Guerra, Lead Coordinator of Outreach & Special Programs / mdavila@csusb.edu / 909-537-3870

Office of Admissions and Student Recruitment 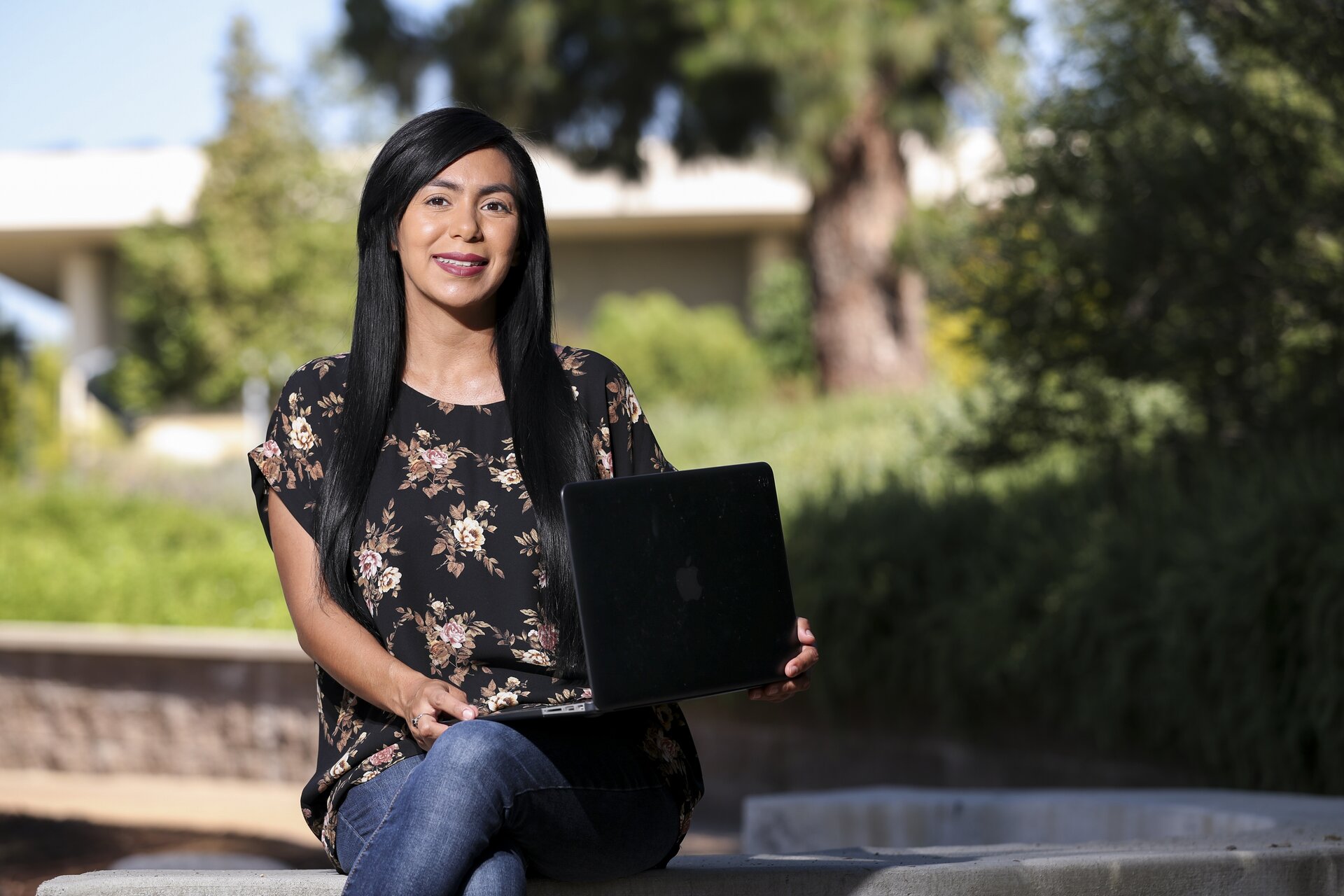 CSUSB conducts outreach and visits to local American Indian Reservations to support the work of tribal education offices and projects. Native American Outreach Coordinators travel the State of California and out-of-state to attend conferences, conduct community partnership programs focused on higher education access, attend college fairs, and support individual students and their families as they prepare to embark on their educational journey.

CSUSB hosted the Inter-Tribal Sports Youth Basketball tournament which brought 16 tribes to campus, along with over 1100 community members. In February 2021, CSUSB will host the 7th Annual Native American College Day in collaboration with the Inter-Tribal Education Collaborative of Southern California.

Learn More About This Program 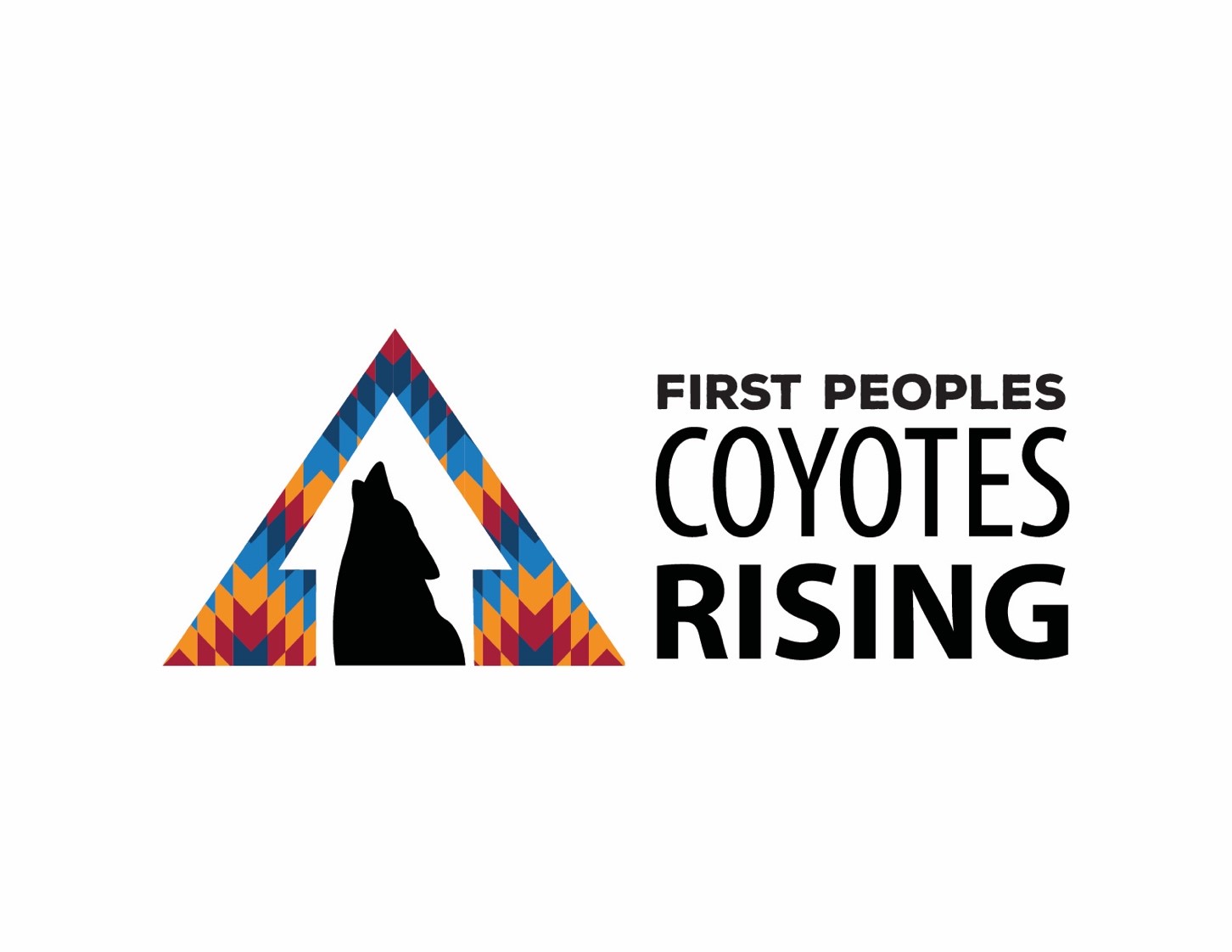 Learn More About This Program

Learn More About the Agua Caliente Band of Cahuilla Indians 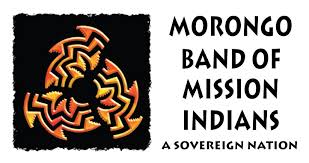 Set at the foot of the beautiful San Gorgonio and San Jacinto Mountains, the Morongo Indian Reservation spans more than 35,000 acres and overlooks the vistas of the Banning Pass. Resilient and resourceful, the Morongo tribe has had to overcome many adversities. Established in 1865,  the Morongo Indian Reservation was one of nine small reservations created by President Ulysses S. Grant by executive order in 1876. In 1983, the path of Morongo's future changed when tribal members started a modest bingo hall. From this building evolved one of the oldest and most successful Indian gaming facilities in California. With its diversification into non-gaming businesses, the tribe has become the largest private sector employer in the Banning-Beaumont region and is a major contributor to the Coachella Valley economy.

Learn More About the Morongo Band of Mission Indians

The San Manuel Band of Mission Indians is a federally recognized American Indian tribe located near the city of Highland, Calif. San Manuel is one of several clans of Serrano Indians, who are the indigenous people of the San Bernardino highlands, passes,  valleys mountains and high deserts who share a common language and culture. The San Manuel reservation was established in 1891 and recognized as a sovereign nation with the right of self-government.

Learn More About the San Manuel Band of Mission Indians 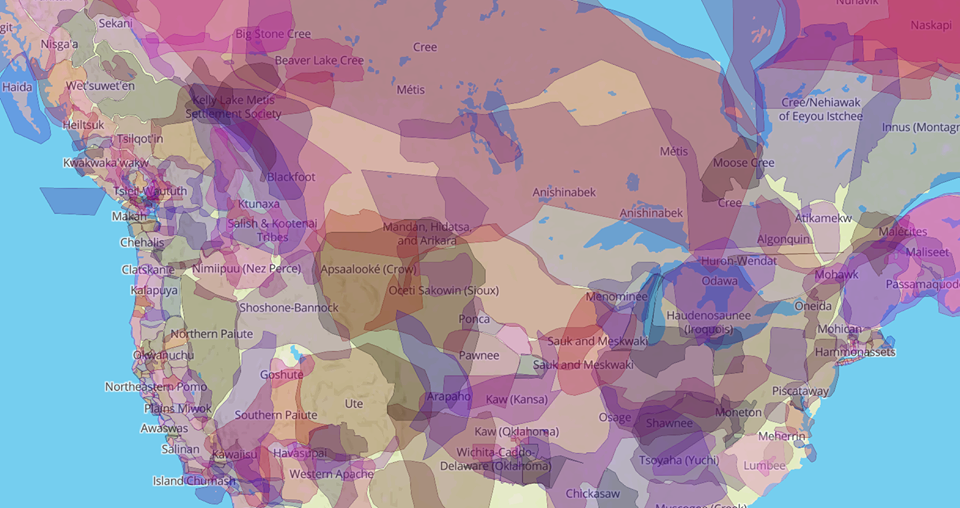 Native-Land.ca is a website dedicated to helping people across the world learn more about their local Indigenous history. It's important to recognize that the territories on the map may not be correct or up to date. Territory acknowledgement is a way to insert an awareness of Indigenous presence and land rights in everyday life and is a tradition that dates back centuries for Indigenous people. 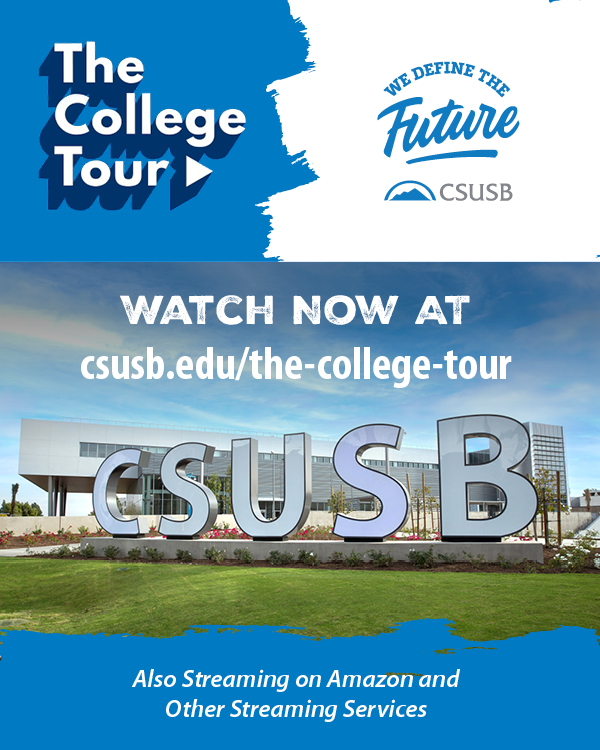 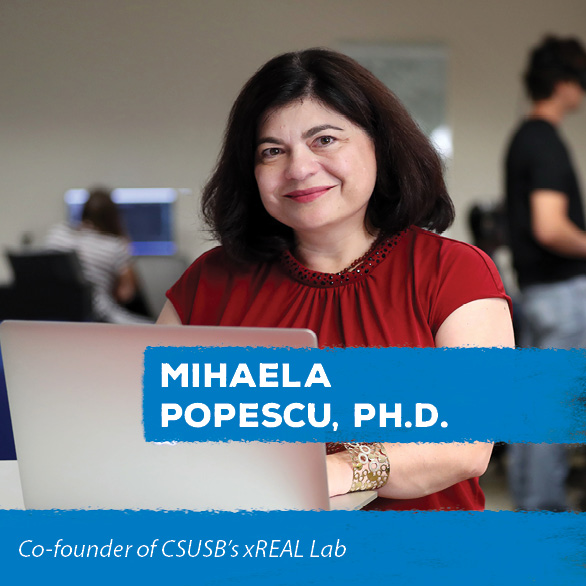