The work of the California State University Project Rebound Consortium, which assists the formerly incarcerated in overcoming obstacles as they pursue their college degrees, will be the topic of the next Conversations on Race and Policing.

“Project Rebound: Transforming Lives, Rebuilding Futures,” will be livestreamed on Zoom beginning at 3 p.m. Wednesday, Feb. 10, and can be accessed from a PC, Mac, Linux, iOS or Android at https://csusb.zoom.us/j/97960458784. 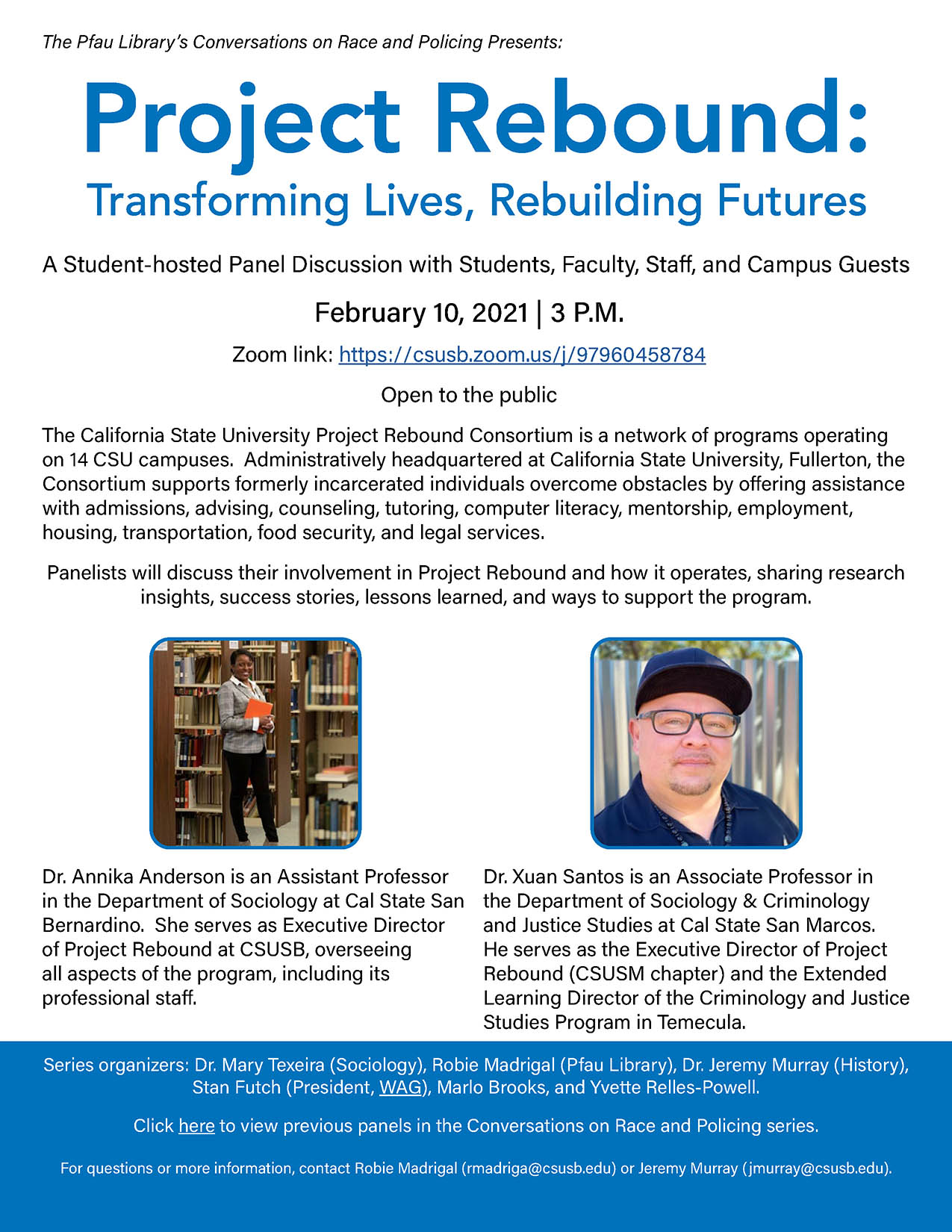