Part 4 of the documentary ‘Black America Since MLK: And Still I Rise,’ focus of next Conversations on Race and Policing

Part 4 of the documentary ‘Black America Since MLK: And Still I Rise,’ focus of next Conversations on Race and Policing

The 9th event in the series hosted by CSUSB students will take place at 4 p.m. on Wednesday, July 29, on Zoom.

“Touch the Sky,” the fourth part of the documentary series “Black America Since MLK: And I Still Rise,” will be the focus of the next Conversations on Race and Policing series, set for 4 p.m. Wednesday, July 29.

The full, four-hour “Black America Since MLK: And Still I Rise” looks at the last five decades of African American history since the major civil rights victories through the eyes of Henry Louis Gates, Jr., the Alphonse Fletcher University professor and director of the Hutchins Center for African and African American Research at Harvard University. The documentary explores the tremendous gains and persistent challenges of these years.

“Touch the Sky” is the final hour of the documentary that examines America’s changing demographics, celebrates victories in the long struggle toward equality, and raises the questions: “Why does racial equality still elude us? What would it take to realize the goals of the civil rights movement? And what lies ahead in the years to come?”

The full presentation of “Black America Since MLK: And Still I Rise” is available to CSUSB students and affiliates through the university’s John M. Pfau Library on the Alexander Street platform.

Join this student-hosted dialogue between CSUSB and community leaders from San Bernardino. The hosts and panelists will examine policing, racial justice, and potential actions to promote greater equity in the local community.

This series of discussions and conversations began in the aftermath of the May 25 death of George Floyd while in the custody of four Minneapolis, Minn., police officers. A video of the incident posted on social media has led to widespread protests, the firing of four police officers, the arrest of one officer on a second-degree murder charge, the other three on charges of aiding and abetting second-degree murder – and a spotlight worldwide on race and policing.

Also, save Aug. 5 as the new date for the conversation with Alex S. Vitale, author and professor of sociology at Brooklyn College, coordinator of the Policing and Social Justice Project, and author of “The End of Policing.” Vitale has been a much sought-after interview since the topic of defunding police departments has come up in discussions about police reform.

And, related to the university’s conversations series, Netflix is making the 2016 Ava DuVernay film, “13th,” available for free on its YouTube channel. Combining archival footage with testimony from activists and scholars, DuVernay’s examination of the U.S. prison system looks at how the country’s history of racial inequality drives the high rate of incarceration in America. 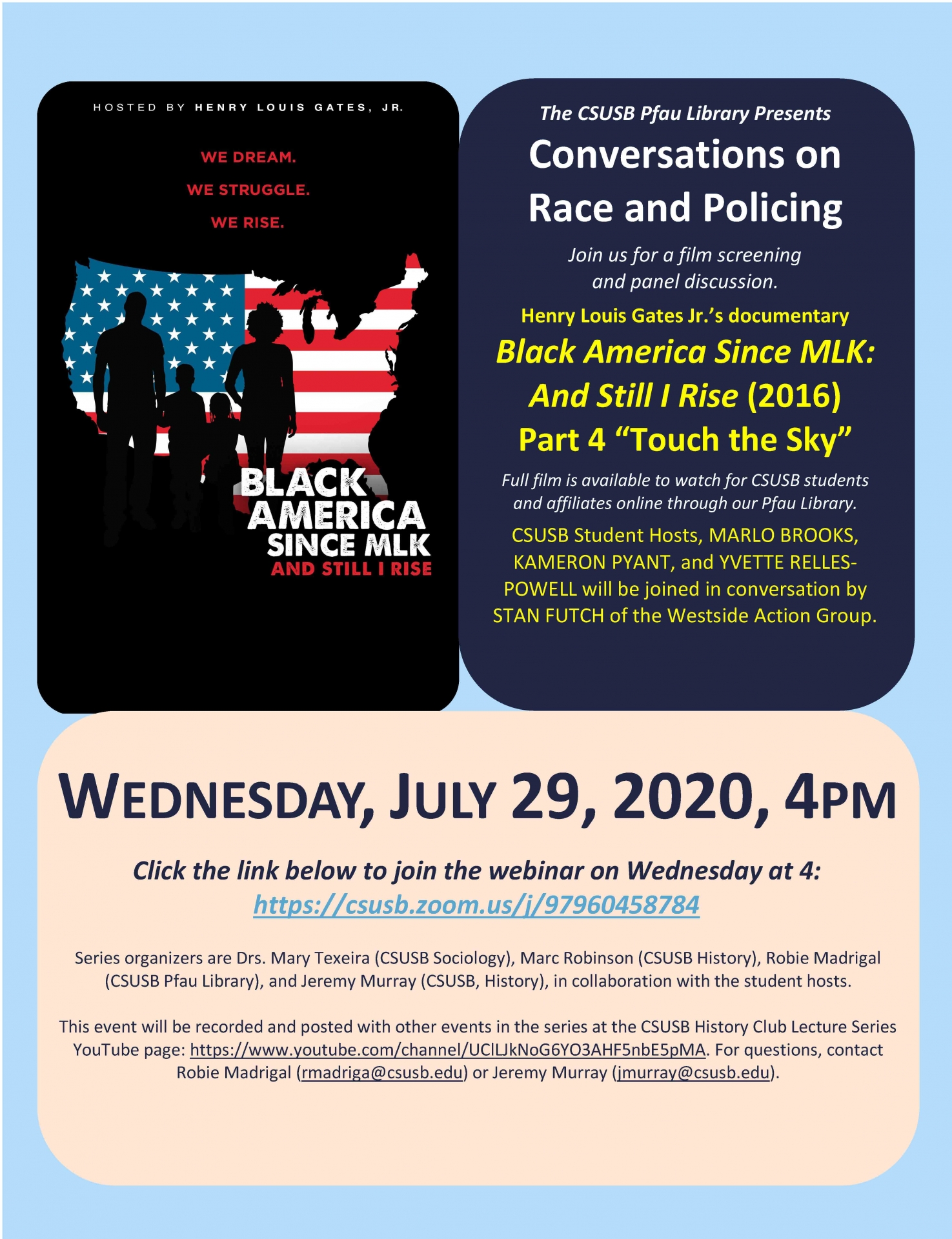