The panelists in the next conversation in the series, to be livestreamed on Zoom, will discuss issues related to policing, racial violence and the LGBTQIA community.

Policing, racial violence and the LGBTQIA community will be the focus of the eighth program in the weekly Conversations on Race and Policing series, presented by the Cal State San Bernardino John M. Pfau Library.

Panelists for this week’s program are:

Join this student-hosted dialogue between CSUSB and community leaders from San Bernardino. The hosts and panelists will examine policing, racial justice, and potential actions to promote greater equity in the local community.

Series organizers also plan to pay tribute to one of its past panelists, Don Griggs of the Westside Action Group (he participated in the June 24 conversation) who passed away from COVID-19, as well as Civil Rights leader and Georgia congressman John Lewis. Both died on July 17.

And also plan on attending the July 29 conversation, which will feature Alex S. Vitale, professor of sociology at Brooklyn College, City University of New York, coordinator of the Policing and Social Justice Project, and author of “The End of Policing.” Vitale has been a much sought-after interview since the topic of defunding police departments has come up in discussions about police reform.

This series of discussions and conversations began in the aftermath of the May 25 death of George Floyd while in the custody of four Minneapolis, Minn., police officers. A video of the incident posted on social media has led to widespread protests, the firing of four police officers, the arrest of one officer on a second-degree murder charge, the other three on charges of aiding and abetting second-degree murder – and a spotlight worldwide on race and policing.

For information, contact Robie Madrigal at rmadriga@csusb.edu or Jeremy Murray at jmurray@csusb.edu. 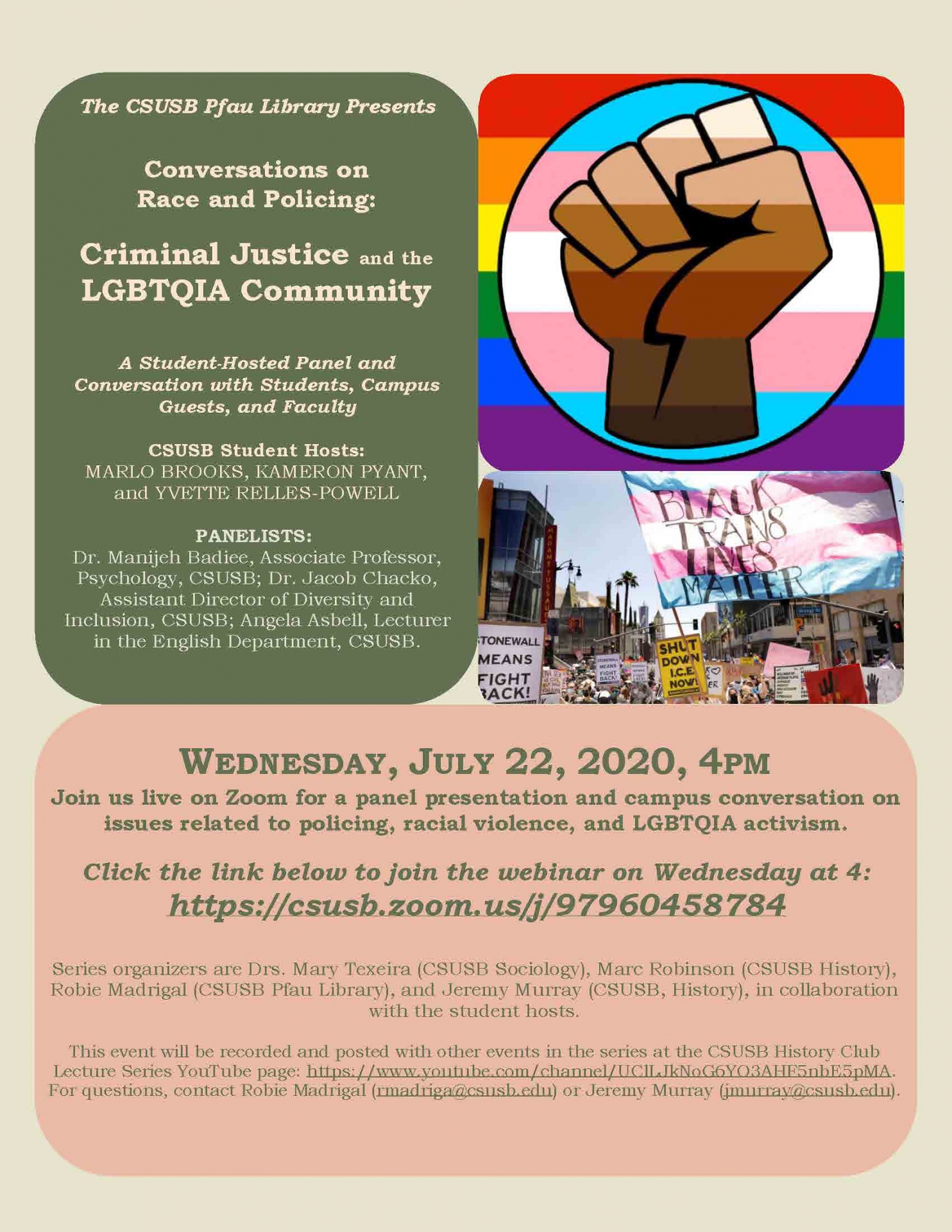