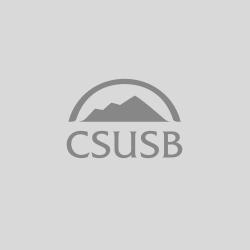 Mrs. Shyra Harris began her work in the field of social work as a counselor in residential treatment and group homes, at the age of 18 years old. This work became her passion, and she quickly found herself in supervisory roles, where she began to be trained in program development and management. The next 15 years were spent providing treatment and supervision within various programs for high risk child welfare and juvenile probation clients and their families. In 2005, she returned to college, earning both her BASW and MSW degrees from California State University, San Bernardino.

Mrs. Harris' professional experiences include practice in forensic, psychiatric, medical, probation/parole, and group home social work. Since earning her BASW, she has worked full time at a maximum security psychiatric hospital in a variety of roles including, Assistant to the Director of the Discharge Planning and Community Integration Department, Preceptor of BASW social work students, and Psychiatric Social Worker. Most recently, Mrs. Harris has worked for the California Department of Corrections and Rehabilitation – Division of Adult Parole, as a Psychiatric Social Worker, providing therapeutic services and case management to serious violent offenders. During that time, she also worked in as a medical social worker for Kaiser Permanente.