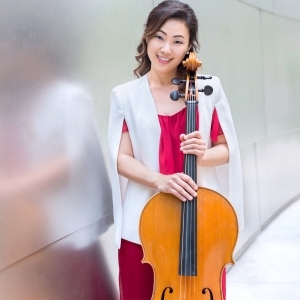 Esther Back is an acclaimed cellist, known not only for her solo, orchestral, and chamber performances, but also as an avid educator and outreach advocate. A pupil of world-renowned cellist and viol player Jaap ter Linden, Ms. Back went to Germany to study at Frankfurt University at the age of eleven and came to America years later. She has studied with Peter Stumpf (faculty at Indiana University), Ben Hong, Ronald Leonard (former Principal Cellist of Los Angles Philharmonic), Bernard Greenhouse, and Eleonore Schoenfeld.

She also has collaborated in concerto performances, chamber music, and orchestral symphonies with renowned artists such as Lynn Harrell, Bernard Greenhouse, Dr. Robert Watson, and Alexander Treger. Her several solo appearances in concertos and concert pieces included works by Dvořák, Schumann, Prokofiev, Vivaldi, and Paganini. Ms. Back won numerous awards, including Grand Prizes in the Concerto Competitions at both the University of Redlands School of Music and at CSU/Fullerton. She was the Grand Prize winner of the American String Teachers Association Greater Los Angeles Finals in 2004. In South Korea she was awarded first place in the Kang Won State Annual Competition and the Music Journal Competition.

Well-known as a cello teacher, Ms. Back serves as a faculty member at CSU/San Bernardino. With more than twenty years of teaching experience with her large private studio, her students have won top awards at various music competitions: soloist opportunities with professional orchestras and invitations to regularly perform at prestigious venues. Ms. Back has been a cello instructor at Cal State University/San Bernardino Summer Music Camp, Valley Christian Schools, and also at the University of Redlands Community School of Music, the West Music Conservatory, SOMA Music School; and she has been on the cello faculty at the California Music Clinic, GMI School of Music, and now for CMIsc (Chamber Music Institute/So Cal).

An avid desire to increase classical music awareness has led Ms. Back to become involved in many outreach and educational organizations. She has formed the California State University/San Bernardino Cello Ensemble and directed this growing group, which has received an invitation to perform at Carnegie Hall in New York City on June 18, 2021, since 2018. She also was the founder and music director of the Orange County Cello Ensemble, a non-profit music organization, which concert-toured France in 2017. In June 2019 this was the first cello ensemble group to be selected to perform at world-famous Walt Disney Concert Hall.