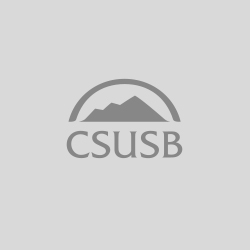 After receiving his degree in Hotel Administration from the University of Johannesburg, South Africa, Colin Strange commenced his career in the hotel industry with an internship at the prestigious Amstel Hotel in Amsterdam, The Netherlands. In 1979 He moved to London, United Kingdom joining the Trusthouse Forte Hotels Group, while simultaneously studying accounting with the Chartered Institute of Cost and Management Accountants (CIMA) in London. As a General Manager, he operated hotels in Manchester and Guildford in the UK and did a two year stint as General Manager of the Parkview Hotel in Durban South Africa before being transferred to the United States managing hotels in Sacramento, Los Angeles (LAX), and San Bernardino.
Switching to the public sector in 1991 he joined the City of San Bernardino Economic Development Agency coordinating the downtown revitalization effort during which time he received several awards from the International Downtown Association in Washington DC, and was recognized by the State of California for innovative marketing programs for the City. Transferring to Business Recruitment and Retention in 1997 he became actively involved in bringing new investment and jobs to the community managing redevelopment and development projects for the Agency. During this time he returned to school obtaining his Masters in Public Administration from California State University, San Bernardino.
He retired as Manager of the San Bernardino Economic Development Agency’s Office of Business Development, where he and his staff were responsible for all aspects of the economic development function, after the legislature of the State of California dispensed with the redevelopment function statewide and subsequently joined the San Bernardino Area Chamber of Commerce where he holds the position of Director of Business Resources. He is currently an instructor in the Masters Program for both Cal State San Bernardino and National University based in San Diego where he teaches a range of subjects from economic development to research methods and urban planning.
Personally he loves travelling, especially anywhere Mediterranean, as well as blue water sailing on a 45 foot sailboat. His latest trip was sailing the islands off Croatia last September.