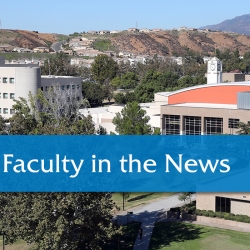 Faculty in the News, April 3

Ahlam Muhtaseb (communication studies) spoke before the West Hollywood City Council during its debate on whether to include the documentary she co-produced, “1948: Creation and Catastrophe,” to be part of a city-sponsored speaker series

Faculty in the News, April 4

Brian Levin (criminal justice) sheds light on hate crime statistics, David Yaghoubian (history) was interviewed about an arms dispute between the U.S. and Turkey, and a clarification of comments by Ahlam Muhtaseb (communication studies).