The next Conversations on Race and Policing talk is "Policing China: Street Level Cops in the Shadow of Protest,” set for 1 p.m. Wednesday, Oct. 19, on Zoom, and presented in partnership with the university’s Modern China Lecture Series.

Suzanne Scoggins, associate professor of political science at Clark University, will be the guest speaker when the university’s Conversations on Race and Policing and Modern China Lecture series present “Policing China: Street Level Cops in the Shadow of Protest.”

According to the publisher’s website, Scoggins’ book “delves into the paradox of China’s self-projection of a strong security state while having a weak police bureaucracy. Assessing the problems of resources, enforcement, and oversight that beset the police, outside of cracking down on political protests, Scoggins finds that the central government and the Ministry of Public Security have prioritized ‘stability maintenance’ (weiwen) to the detriment of nearly every aspect of policing. The result, she argues, is a hollowed out and ineffective police force that struggles to deal with everyday crime.”

About Conversations on Race and Policing
Conversations on Race and Policing, also known as CoRP, began in the aftermath of the May 25, 2020, death of George Floyd while in the custody of four Minneapolis, Minn., police officers. A video of the incident posted on social media led to widespread protests, the firing of four police officers, the arrest and conviction of one officer on a second-degree murder and related charges, the other three on charges of aiding and abetting second-degree murder – and a spotlight worldwide on race and policing.

In the series of more than 60 lectures, workshops, film screenings and roundtable forums since January 2014, China scholars from UC San Diego, UC Riverside, the Claremont Colleges, UCLA, USC, UC Irvine, Columbia, Oxford and other institutions have visited the CSUSB campus to share their expertise and opinions.

The series cosponsors this year are the CSUSB Department of History, the History Club/Phi Alpha Theta, the College of Social and Behavioral Sciences, the Jack H. Brown College of Business and Public Administration, and the Intellectual Life Fund. Series organizers are Murray and Alexander Serrano. 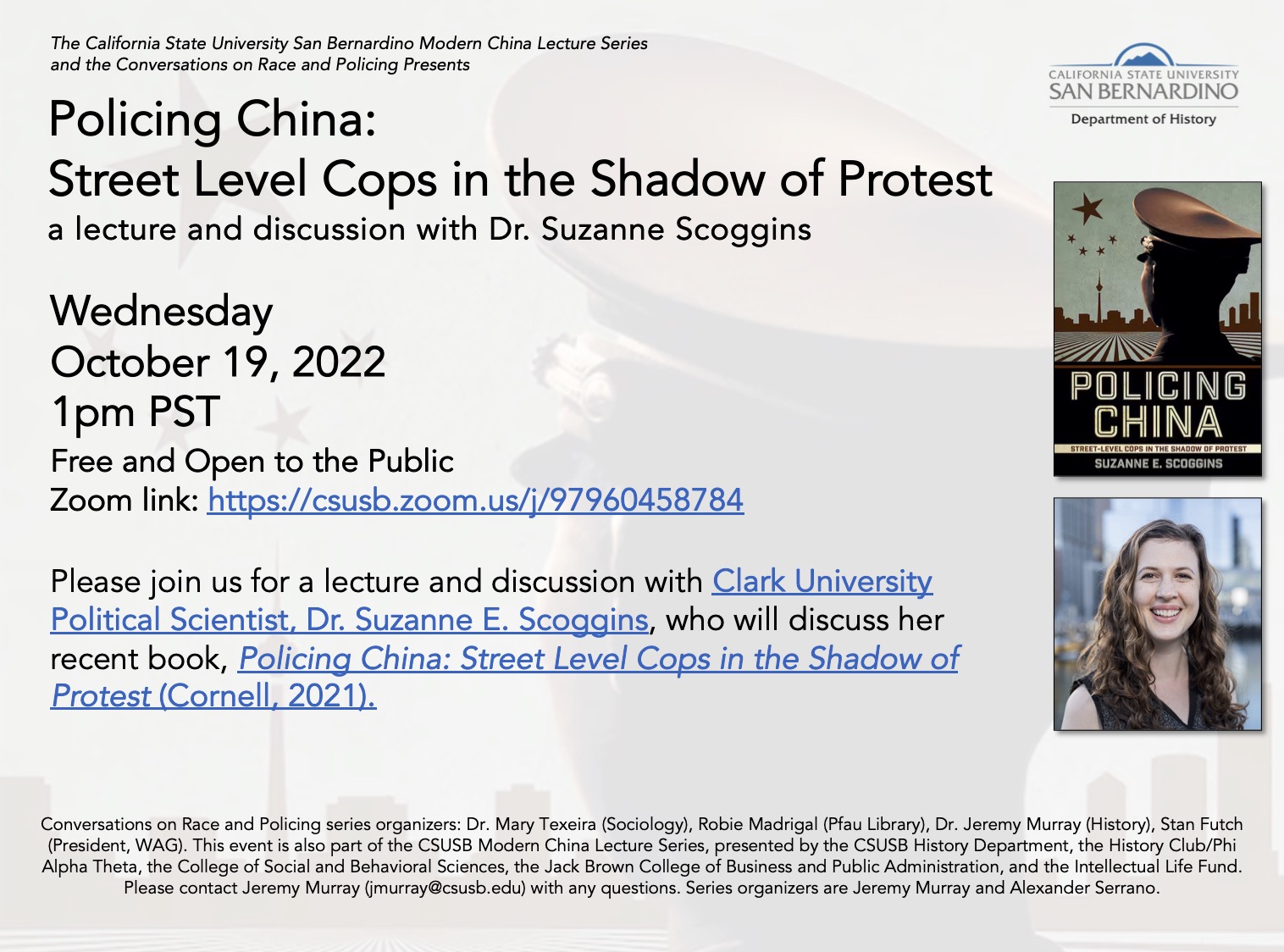