Conversations on Race and Policing examines 2016 death of Korryn Gaines

Conversations on Race and Policing examines 2016 death of Korryn Gaines

The presentation, “Policing Proof: Korryn Gaines, Body Cameras, and Anti-Blackness as a Scene,” by Joshua Aiken will take place at 1 p.m. Wednesday, Sept. 14, on Zoom.

The presentation, “Policing Proof: Korryn Gaines, Body Cameras, and Anti-Blackness as a Scene,” free and open to the public, will take place on Zoom beginning at 1 p.m. on Wednesday, Sept. 14. It can be accessed from a PC, Mac, Linux, iOS or Android at https://csusb.zoom.us/j/97960458784. 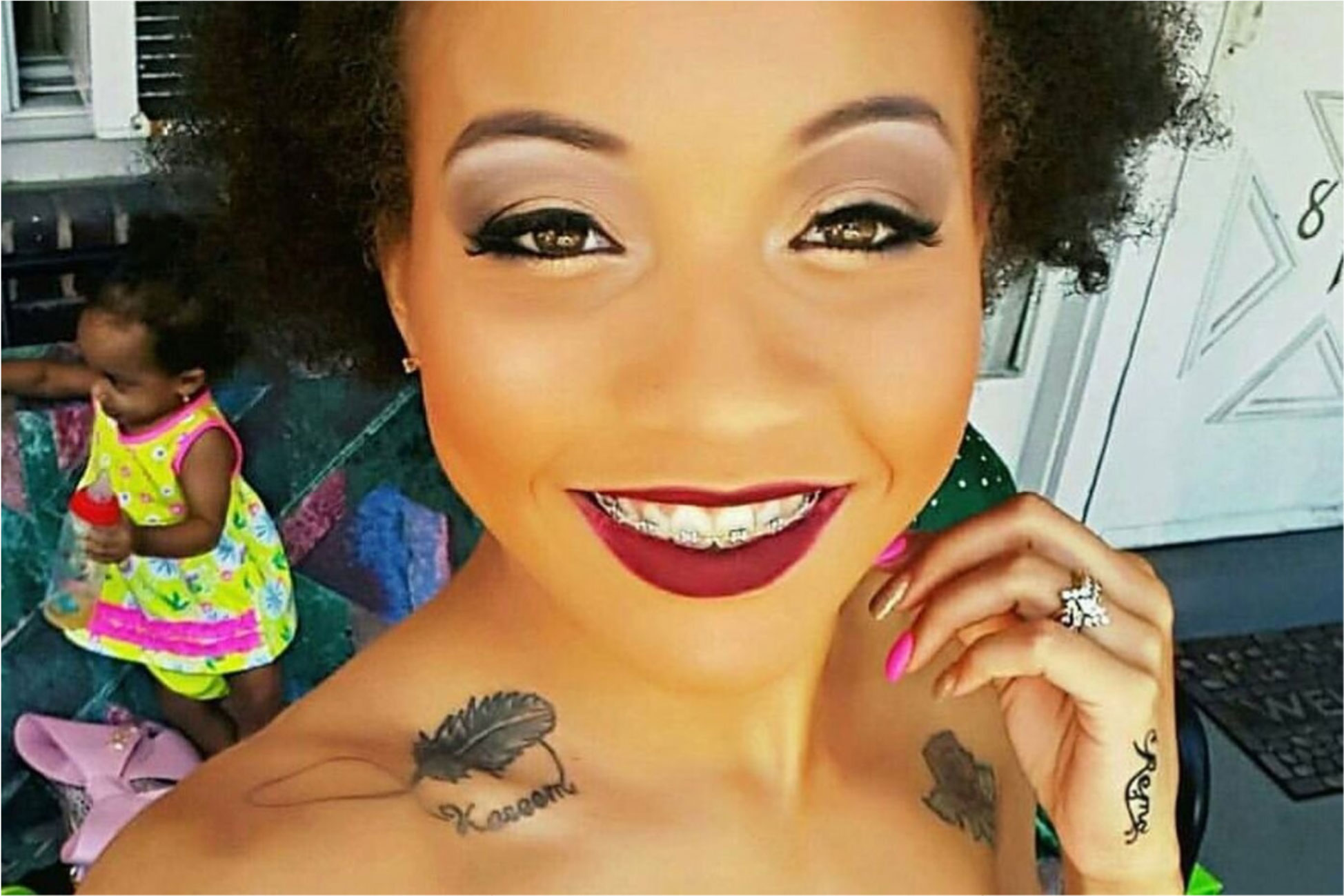 “This talk considers the killing of Korryn Gaines by the Baltimore County SWAT team in 2016, in the context of social media sites deactivating Gaines’ accounts as she tried to livestream the events,” the abstract of Aiken’s talk reads. “I consider how especially since the 1990s, racialized-gendered notions of documentation, culpability, and proof have played an integral role in legitimizing state-sanctioned harm.”

Aiken is a J.D./Ph.D. candidate in history and African American studies at Yale University, where his research focuses on the relationship between race, violence and the rule of law. He received master’s degrees in forced migration studies and in history from the University of Oxford and previously worked as a Policy Fellow at the Prison Policy Initiative. 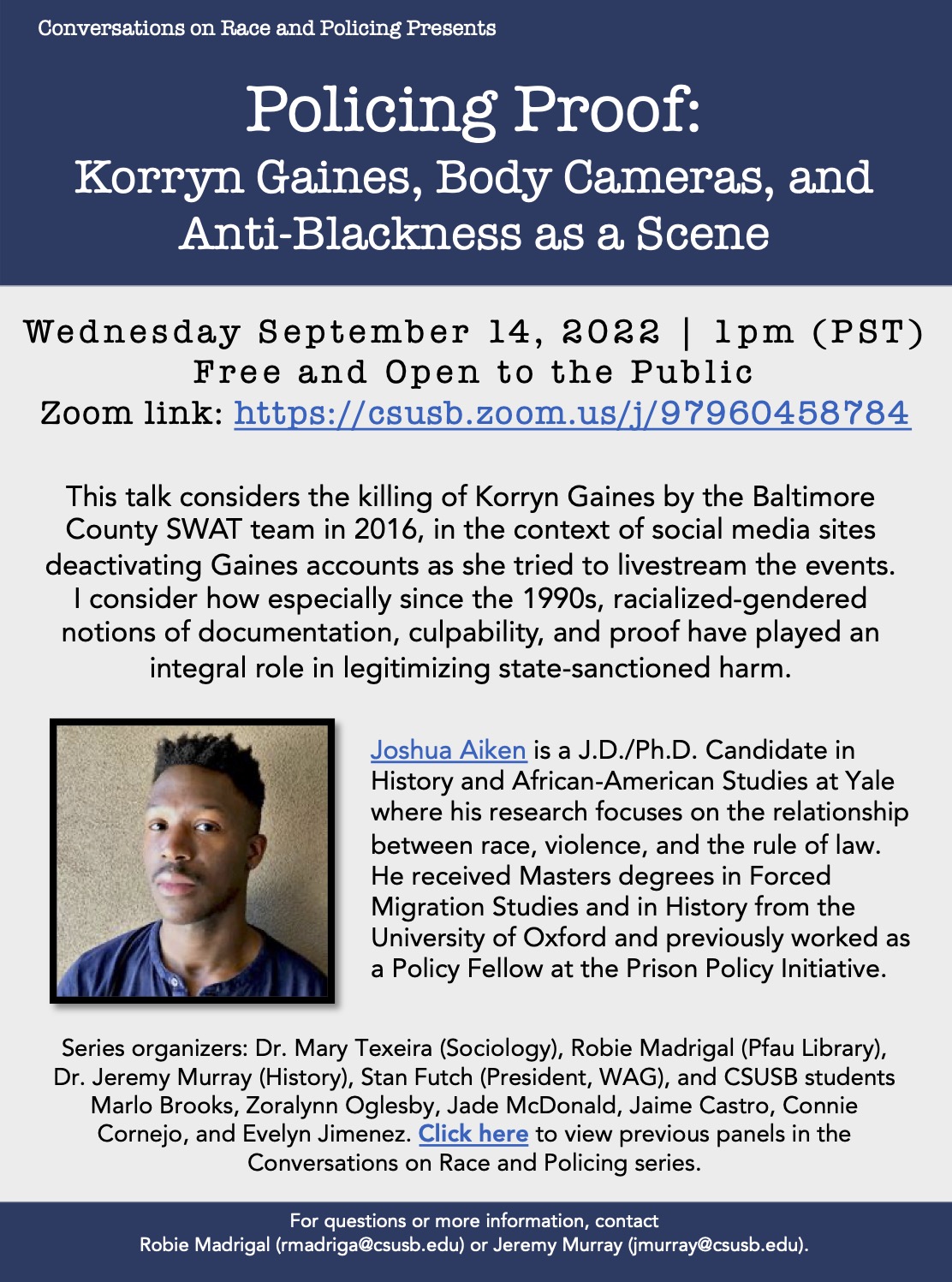