‘Picturing Palestinian Resistance: An Event with Artist Sliman Mansour’ set for May 3

‘Picturing Palestinian Resistance: An Event with Artist Sliman Mansour’ set for May 3

The presentation by Mansour, a Jerusalem-based contemporary artist, is free and open to the public. It will take place on Zoom beginning at 9 a.m. Pacific Time.

Jerusalem-based artist Sliman Mansour will talk about his work, his experiences and the evolution of his career during a free Zoom webinar hosted by Cal State San Bernardino, to be held on Tuesday, May 3, at 9 a.m. Pacific Time.

“Picturing Palestinian Resistance: An Event with Sliman Mansour,” which is open to the public, is sponsored by the Art History/Global Cultures Program in the CSUSB Department of Art & Design, the Center for the Study of Muslim & Arab Worlds, the Department of History, and Students for Justice in Palestine. The talk was originally scheduled in February, but was postponed due to Mansour being ill.

To register and attend the event, visit the Zoom weblink.

Born in 1947 in Birzeit, Palestine, Mansour is arguably the most significant living contemporary Palestinian artist. He has given visual form to Palestinian history and resistance through his colorful and symbolic paintings.

Mansour’s work has been displayed internationally in Palestine, the United States, Japan, South Korea, Iran, and across the Arab World and Europe. The British Museum, Guggenheim Abu Dhabi, and Louvre Abu Dhabi are among the prestigious institutions that have exhibited his work. In 1998 he received the Palestine Prize for the Visual Arts at the Cairo Biennial.

In addition to discussing his career, culminating in his most recent works, which respond to recent political events in Israel/Palestine, Mansour will detail his role in the historic New Visions Group, which sought creative ways to resist military occupation during the intifada.

In 1987, Mansour founded the New Visions Group – along with legendary Palestinian artists Nabil Anani, Tayseer Barakat and Vera Tamari – a collective of Palestinian artists committed to boycotting Israeli art supplies and occupation through the creation of earthworks, mixed media and assemblage using materials derived from the environment.

The event will be followed by a question-and-answer session. 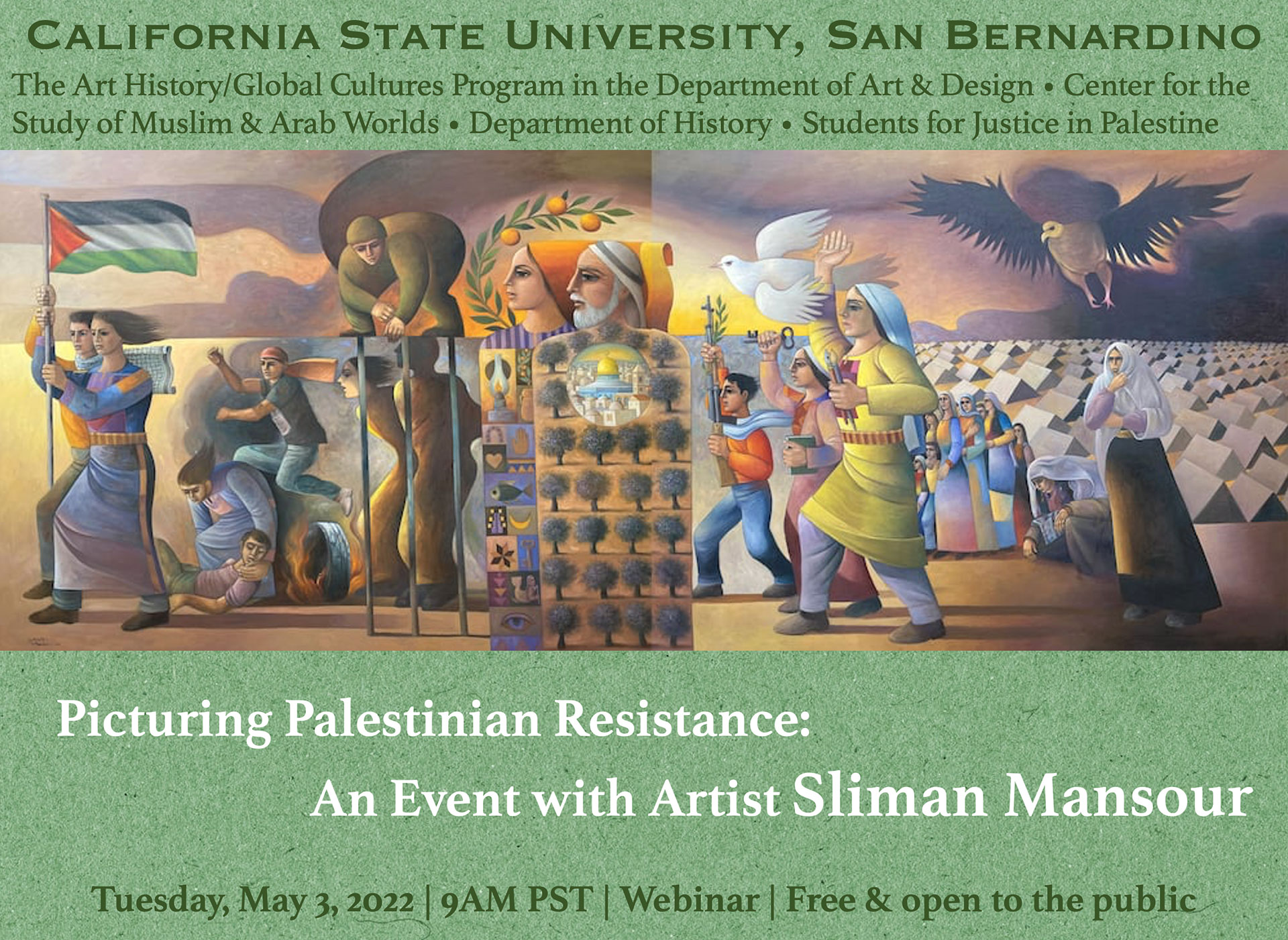