Erwin Chemerinsky, dean of UC Berkeley’s School of Law will discuss his latest book, “Presumed Guilty: How the Supreme Court Empowered the Police and Subverted Civil Rights,” at the next Conversations on Race and Policing program at noon on April 27. The talk is free and open to the public on Zoom.

Constitutional scholar Erwin Chemerinsky will discuss how the U.S. Supreme Court, through a series of rulings over the last half century, has enabled racist policing and sanctioned law enforcement excesses when he presents “Presumed Guilty: How the Supreme Court Empowered the Police and Subverted Civil Rights” at the next Conversations on Race and Policing program.

The presentation will take place on Zoom at noon Wednesday, April 27, and is free and open to the public. It can be accessed from a PC, Mac, Linux, iOS or Android at https://csusb.zoom.us/j/97960458784. CSUSB College of Social and Behavioral Sciences Dean Rafik Mohamed will moderate the session.

Chemerinsky’s talk takes its title from his latest book, which examines a “decades-long history of judicial failure in America, revealing how the Supreme Court has enabled racist practices, including profiling and intimidation, and legitimated gross law enforcement excesses that disproportionately affect people of color,” according the book’s website.

The next scheduled Conversations on Race and Policing, each at noon on Wednesdays, include: 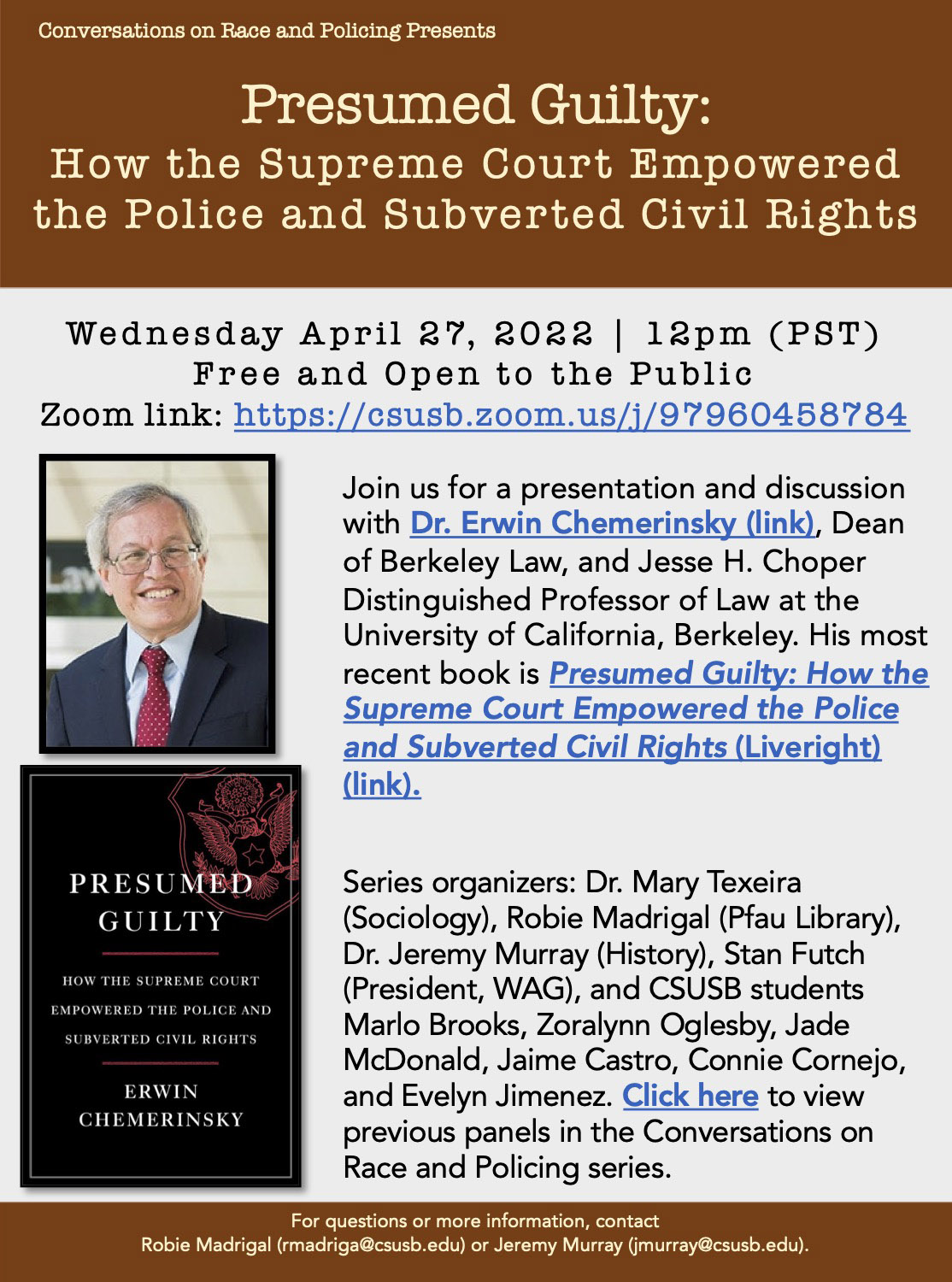