The Feb. 23 Conversations on Race and Policing, on Zoom, will feature Tony Gaskew, University of Pittsburgh professor of criminal justice and author of “Stop Trying to Fix Policing: Lessons Learned from the Front Lines of Black Liberation.”

The topic of police abolition will be the focus of the next Conversations on Race and Policing event when guest speaker Tony Gaskew, a University of Pittsburgh professor of criminal justice presents, “Stop Trying to Fix Policing: Lessons Learned from the Front Lines of Black Liberation.”

The presentation takes its title from Gaskew’s book of the same name. According to the book’s webpage, “In ‘Stop Trying to Fix Policing: Lessons Learned from the Front Lines of Black Liberation,’ Tony Gaskew guides readers through the phenomena of police abolition, using the cultural lens of the Black radical tradition. The author weaves an electrifying combination of critical race theory, spiritual inheritance, decolonization, self-determination, and armed resistance, into a critical autoethnographic journey that illuminates the rituals of revolution required for dismantling the institution of American policing.”

Gaskew, a professor of criminal justice and associate dean of Academic Affairs at the University of Pittsburgh, has an extensive professional and academic career in the field of criminal justice. He has more than 20 years of policing experience, including as a member of the United States Department of Justice’s Organized Crime Drug Enforcement Task Force (OCDETF) within the Southern and Middle District of Florida.

To learn more on the topic, visit The Marshall Project, a nonpartisan, nonprofit news organization that seeks to create and sustain a sense of national urgency about the U.S. criminal justice system, which has curated a collection of article links on police abolition on its website.

Upcoming Conversations on Race and Policing, which take place at noon on Wednesdays on Zoom, include: 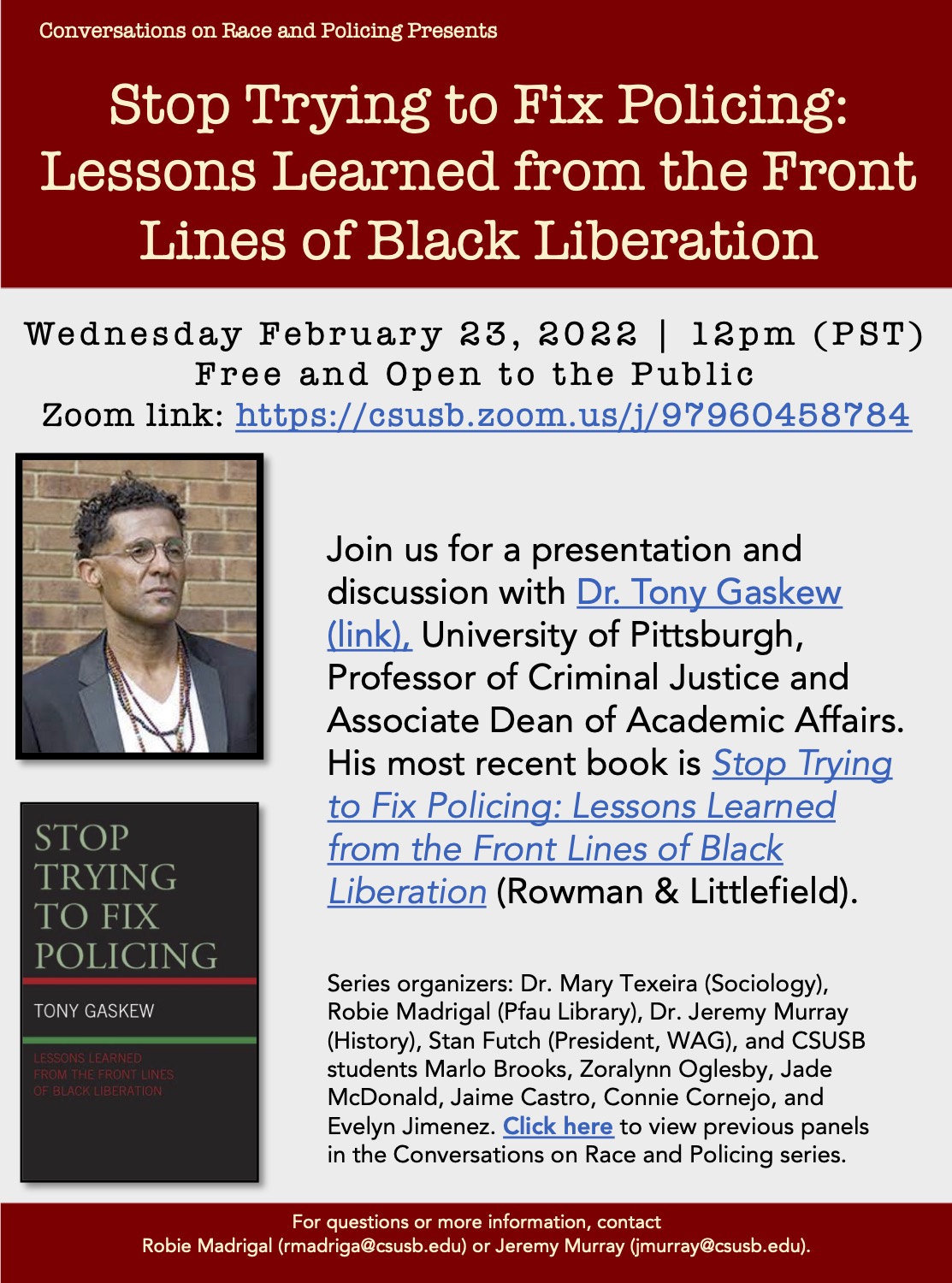