The next program in CSUSB’s ongoing series, Conversations on Race and Policing, will examine “The Impact of the Carceral State on the Lives of African American Women.” It will take place at 1 p.m. Tuesday, Sept. 21, on Zoom.

The university’s Conversations on Race and Policing series continues with “The Impact of the Carceral State on the Lives of African American Women,” which will take place at 1 p.m. Tuesday, Sept. 21, on Zoom and is free and open to the public.

Carceral, according to the Merriam-Webster online dictionary, refers to, or relates to, or suggests a jail or prison. A website, “What Is the Carceral State?” published in May 2020 by the Documenting Criminalization and Confinement, a research initiative of the University of Michigan Carceral State Project, discusses the topic at great length.

Guest panelists for CSUSB’s Conversation on Race and Policing will be: 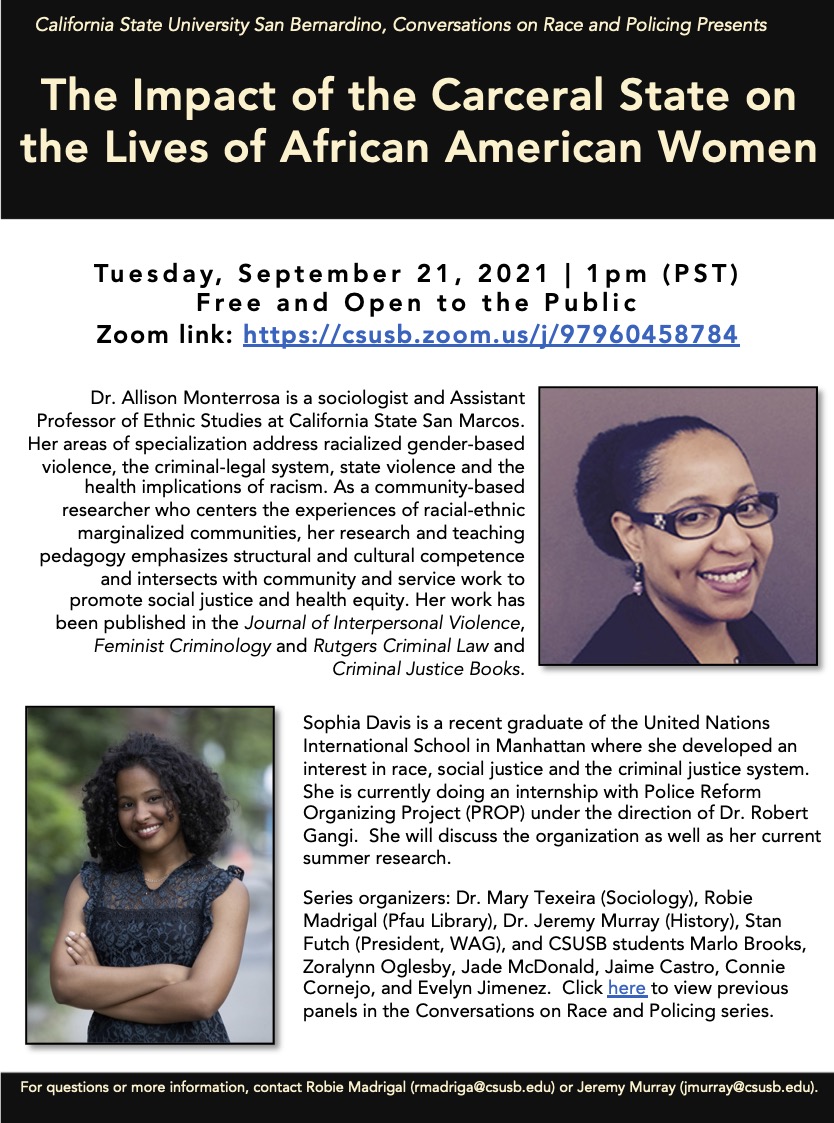