“The Pride of Lions,” presented by Kathryn Ervin, CSUSB professor of theatre arts, is the title of the next Conversations on Race and Policing, 3 p.m. Wednesday, April 7, on Zoom.

The images of policing and investigating as presented in Black films and television will be the focus of the next Conversations on Race and Policing when the series resumes this week.

In this discussion, Kathyrn Ervin, professor of theatre arts at CSUSB, will examine images of policing and investigating as presented in Black films and television. Historically, actors and filmmakers have struggled against the oppressive systems of law enforcement through their choices in subject matter, characters and themes. This conversation will review some of those images and their potential impact.

Ervin teaches courses in directing, acting, creative drama, and African American theatre, film and culture. She has directed dramas, comedies and musicals. Her upcoming production of “ANON(YMOUS)” will be presented in May. She is a member of numerous professional organizations and also a consultant, past president and a named a Lifetime Member of the Black Theatre Network in 2010.

Andre Harrington, professor of theatre arts at CSUSB, will formally introduce Ervin at the program. 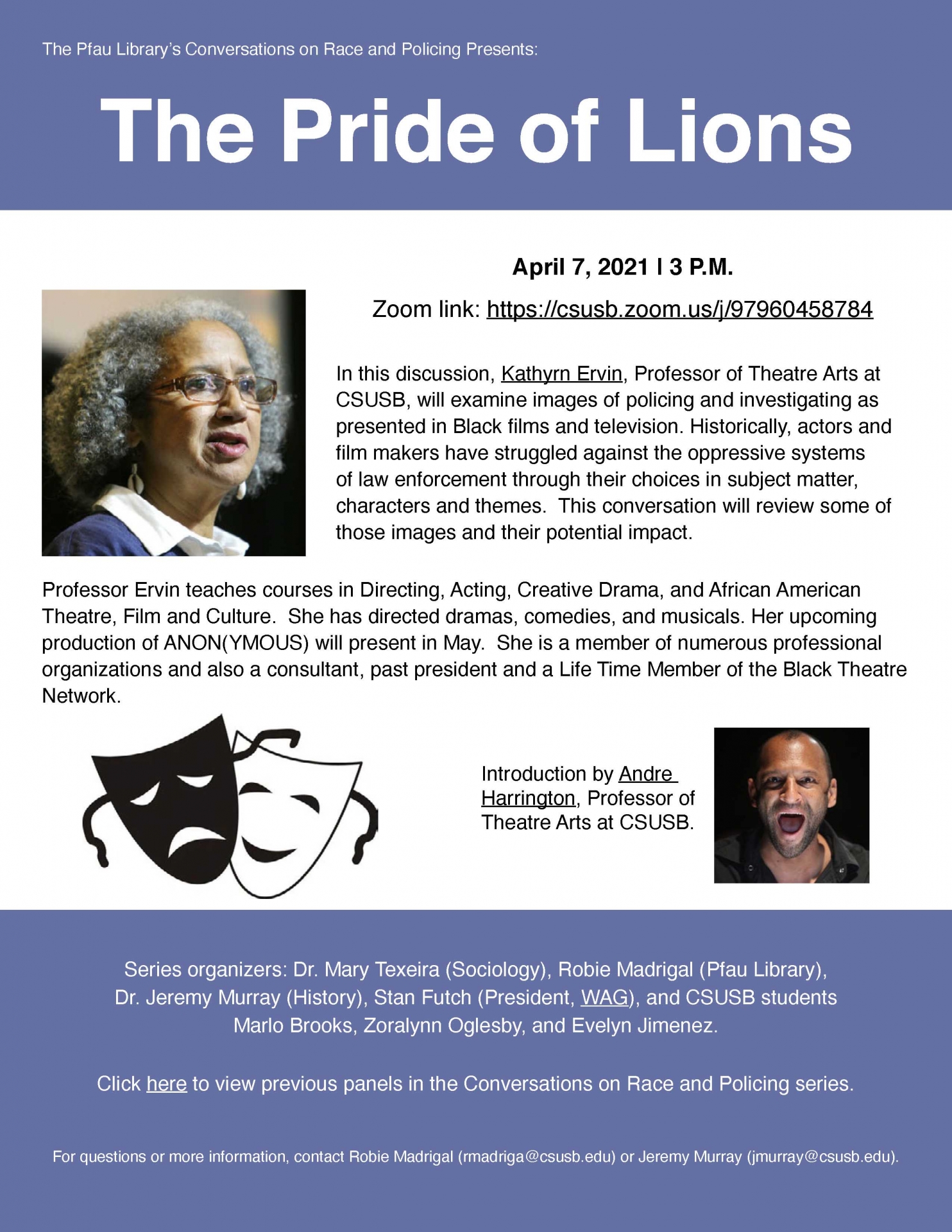