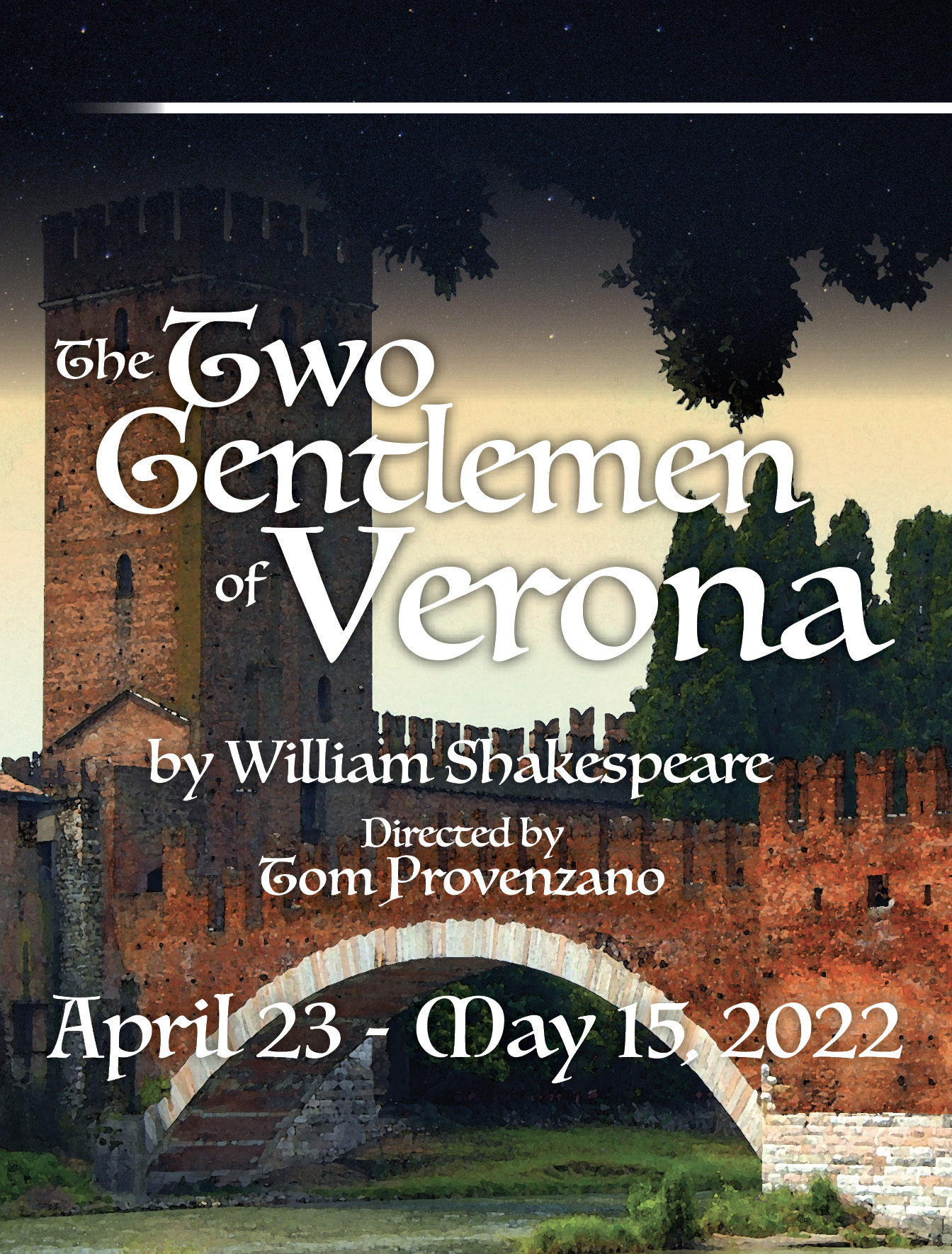 Opening April 22, is a modern adaptation of William Shakespeare’s comedy “The Two Gentlemen of Verona,” directed by professor Tom Provenzano. The Two Gentlemen of Verona is the story of Valentine who travels from Verona to experience the world, leaving his best friend Proteus behind. Proteus soon follows, leaving his betrothed Julia, who, disguised as a man named Sebastian, is not far behind! Valentine, Proteus and ‘Sebastian’ all find themselves in the court of the Duke of Milan, where both Valentine and Proteus attempt to court the Duke’s daughter Silvia. Broken hearts, romantic entanglements, mistaken identities and a gang of marauding outlaws round out the adventure.

Masks are REQUIRED and MUST be worn at all times while in the theatre.

Tickets on sale soon Back to Events