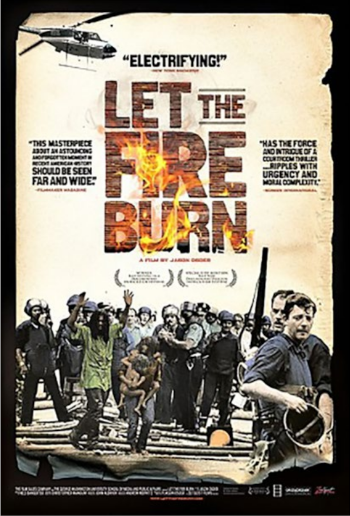 “Let the Fire Burn” is an archival-footage documentary about the 1985 MOVE bombing. On May 13 of that year, the Philidelphia Police Department dropped a military- grade satchel charge on a MOVE-occupied townhouse, igniting an inferno that killed 11 (including five children), destroyed 61 homes, and left more than 250 citizens homeless. Author Betsey Piette, who reviewed the film, wrote: “Let the Fire Burn reminds its audience that city officials, with full knowledge that children were in the house, chose not to extinguish the blaze. Wilson Goode, then Philadelphia’s mayor, admits during testimony before a commission that ‘there was a decision to let the fire burn’.”