Dr. Saundra Lorenzano is a narrator, poet and non-fiction writer. She's "Argen-Mex" and exiled to Mexico in 1976. She holds a Ph.D in literature from the Universidad Nacional Autonoma de Mexcio. She is the Director of Culture and Social Communication for the Gender Equality University Organization at UNAM, as well as coordinator of Culture and Immigration, an international project between UNAM, UNESCO, and the Universidad Autonoma de Madrid. She has been a guest researcher, professor and speaker in various universities around Europe, the United States, and Latin America. She collaborates regularly with media outlets throughout Latin America with the press, radio, and on television. 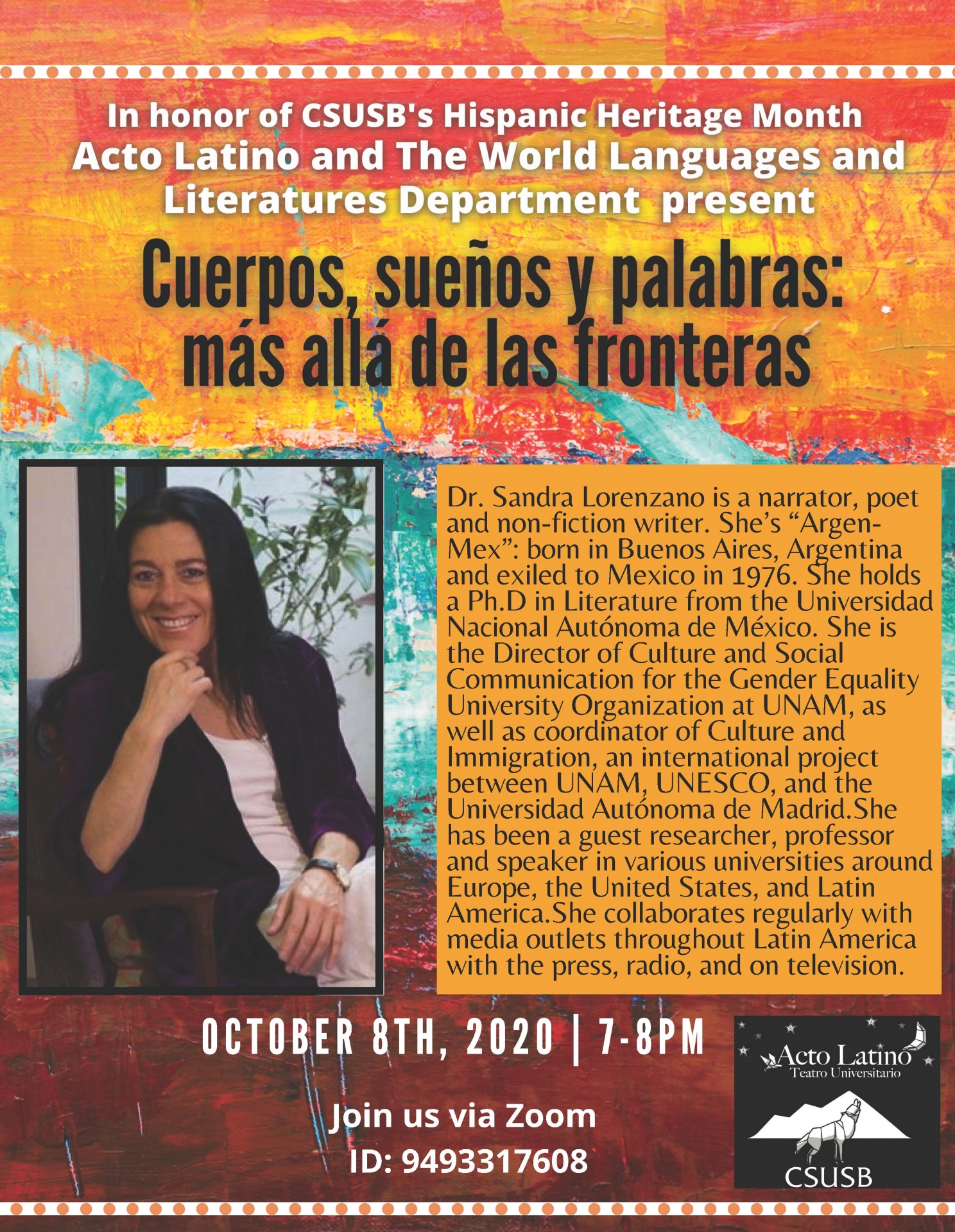 Join Event Back to Events