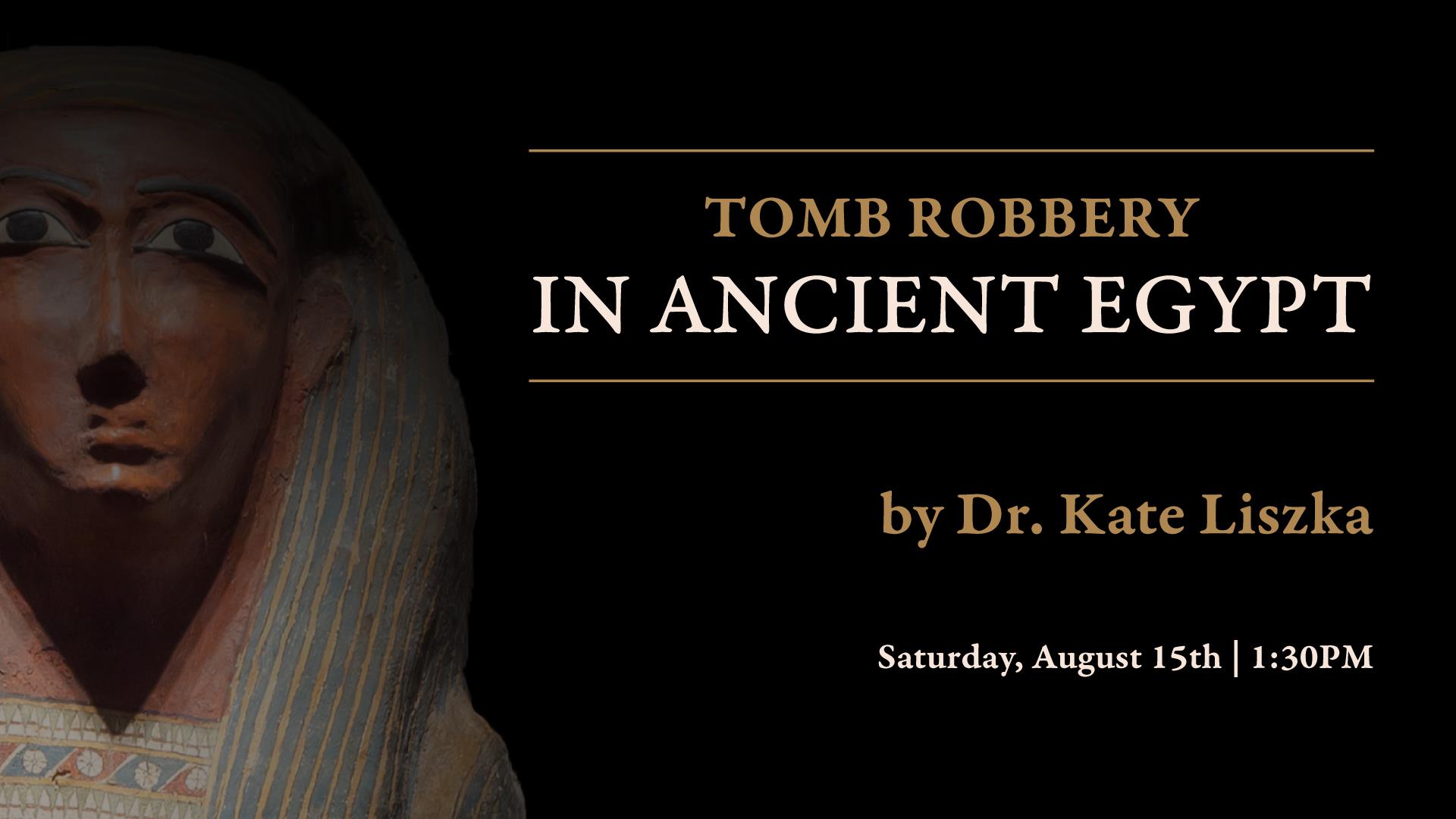 Saturday, August 15th at 1:30 pm
Live on Youtube @RAFFMAcsusb
Participate in the live chat and Q&A

Ancient Egyptians believed that their name, their body, and their memory needed to be preserved to ensure life after death. So that their memory would persevere for the rest of eternity, they were frequently buried in large visible tombs with the often-luxurious objects that they needed in the afterlife. These wealth-filled tombs acted like a beacon of opportunity for criminals. Learn how various tombs were broken into in antiquity, how the Egyptian designed their tombs in an attempt to ward off tomb robbers, and how the tomb robbers were tried and punished for their crimes.

This presentation is a collaboration between the Bowers Museum, American Research Center in Egypt, Orange County (ARCE-OC), and Robert and Frances Fullerton Museum of Art (RAFFMA)