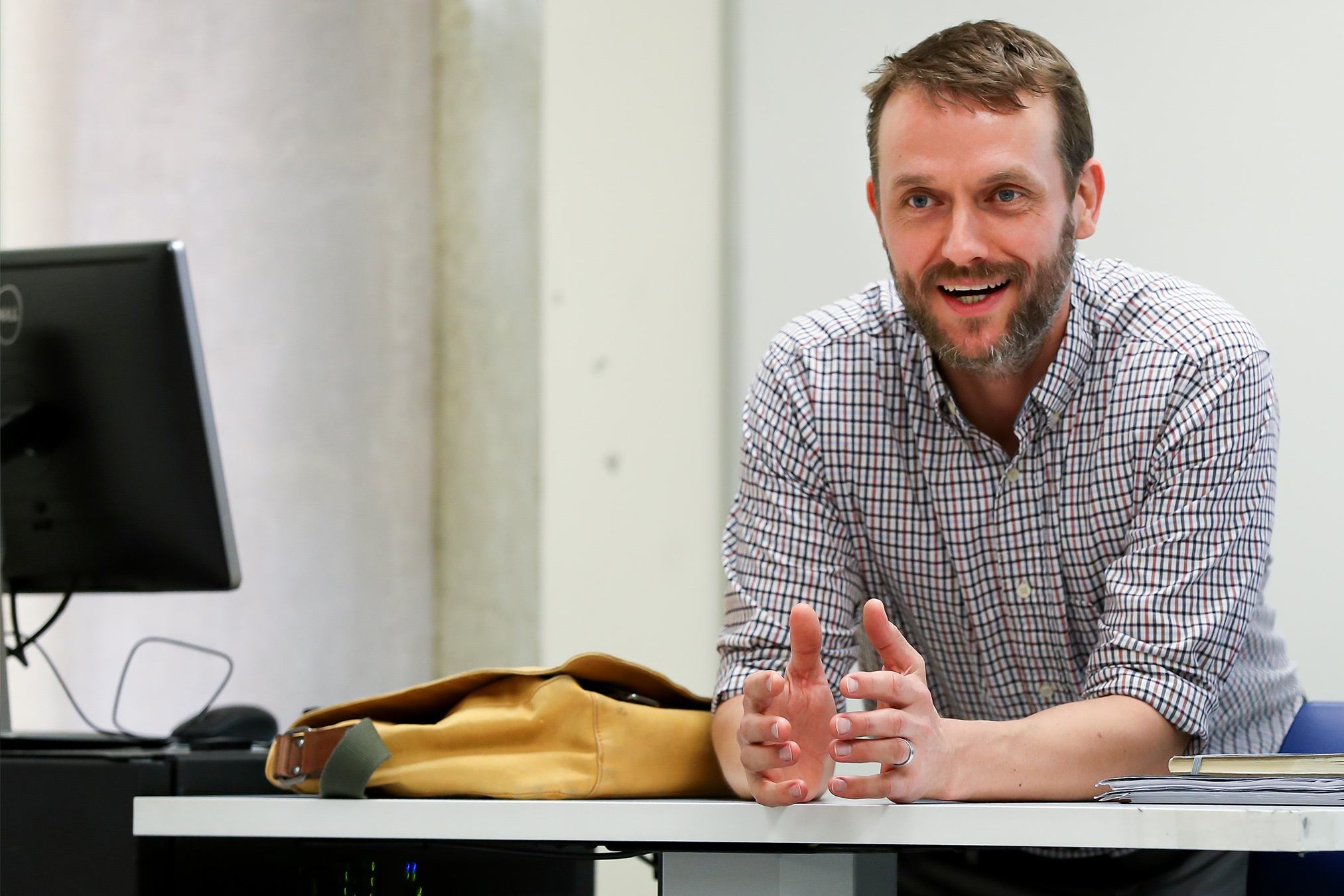 Coordinator of the Modern China Lecture Series at CSUSB

Jeremy Murray is the coordinator of the Modern China Lecture Series at CSUSB, which aims to promote awareness of important issues related to China for those on the CSUSB campus and in the community.

The Modern China Lecture Series, coordinated by Jeremy Murray, CSUSB associate professor of history, was initiated to promote awareness of important issues related to China for those on the CSUSB campus and in the community. In the series of more than 40 lectures, workshops, film screenings and roundtable forums since January 2014, China scholars from UC San Diego, UC Riverside, the Claremont Colleges, UCLA, USC, UC Irvine and other institutions have visited the CSUSB campus to share their expertise and opinions. Speakers in the series have included specialists in history, economics, political science, philosophy, finance, security studies, literature, anthropology and other fields.

He also contributes to the university community in other ways. As co-advisor, Murray oversaw the History Club/Alpha-Delta-Nu Chapter of the national honor society Phi Alpha Theta earn the 2019 Best Chapter Award. The top recognition given by Phi Alpha Theta National History Honor Society marked the fourth consecutive year, and fifth time overall, that CSUSB students have earned the award in the category of universities and colleges with enrollment of 15,001 to 23,000 students. The award covers the chapter’s work during the 2018-19 academic year.

Also in 2019, with Murray as co-advisor, the club’s student-run journal, History in the Making, continued its tradition of being one of the best in the nation, earning a first place Gerald D. Nash History Journal Award.