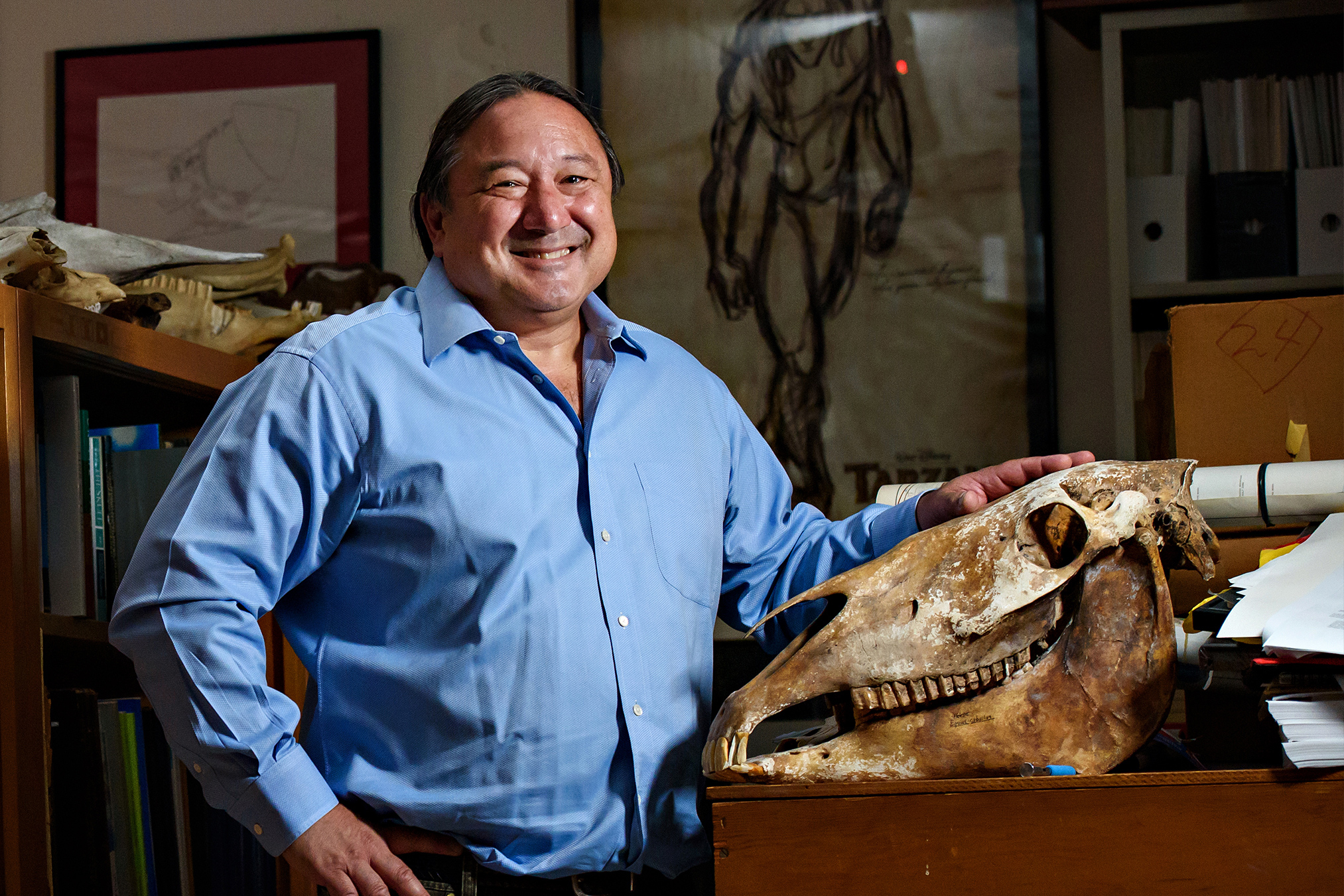 Biology professor Stuart Sumida is considered one of the university’s best for his passion and commitment in teaching and working with students.

Stuart Sumida – Biology Professor Defining the Future
Back to Spotlights

Biology professor Stuart Sumida is considered one of the university’s best for his passion and commitment in teaching and working with students.

Sumida, who joined CSUSB in 1991, lectures on a number of subjects that includes human anatomy and physiology, evolution and topics in zoology. He is the author of three books and more than 70 journal articles – many with students, introducing them to the process of research and publication in refereed journals.

That dedication has led to Sumida receiving a number of honors that includes:

But Sumida is just as comfortable outside the classroom or lecture hall, be it in paleontology digs in Europe and the United States or reconstructing fossilized dinosaur skeletons.

Sumida is recognized internationally for his research on biological transformations that took place as back-boned animals adapted to life on land and as dinosaurs transformed into birds millions of years ago.

He is also one of the most sought-after anatomy consultants to film animators, working on more than 60 feature-length films, including “Beauty and the Beast,” “The Lion King,” “Lilo and Stitch,” the first Harry Potter film and “The Chronicles of Narnia.” Several of the films have been nominated for the Academy Awards Best Animated Feature of the Year such as “How to Train Your Dragon,” “Ratatouille,” “Surf’s Up,” “Bolt” and “Kung Fu Panda.”

He also served as a consultant to animators to video games such as Horizon Zero Dawn. More recently he has lent his anatomical and paleontological expertise to “Life of Pi,” academy-award winning “Zootopia,” “Jurassic World Fallen Kingdom” and DreamWorks’ “Abominable.” He has also worked on television projects, including helping with the animal characters in the HBO/BBC series “His Dark Materials.”