“Policing’s Small Toolbox: Race and the Rise of Surveillance Policing,” presented by Matthew Guariglia, will take place at 1 p.m. Wednesday, Nov. 30, on Zoom. The program is free and open to the public.

Police surveillance and how race plays a role in it will be the topic of the fall semester’s last scheduled Conversations on Race and Policing.

“Policing’s Small Toolbox: Race and the Rise of Surveillance Policing,” presented by Matthew Guariglia, an affiliated scholar at the Hastings Center for Criminal Justice, will take place at 1 p.m. Wednesday, Nov. 30, on Zoom.

The origins of facial recognition and algorithmic policing go back much further than the internet or even the computer. Guariglia’s talk will explore the origins of technocratic and surveillance-based policing in a moment when police searched the world to find new methods of subordinating increasingly diverse multi-racial and multi-ethnic U.S. cities. 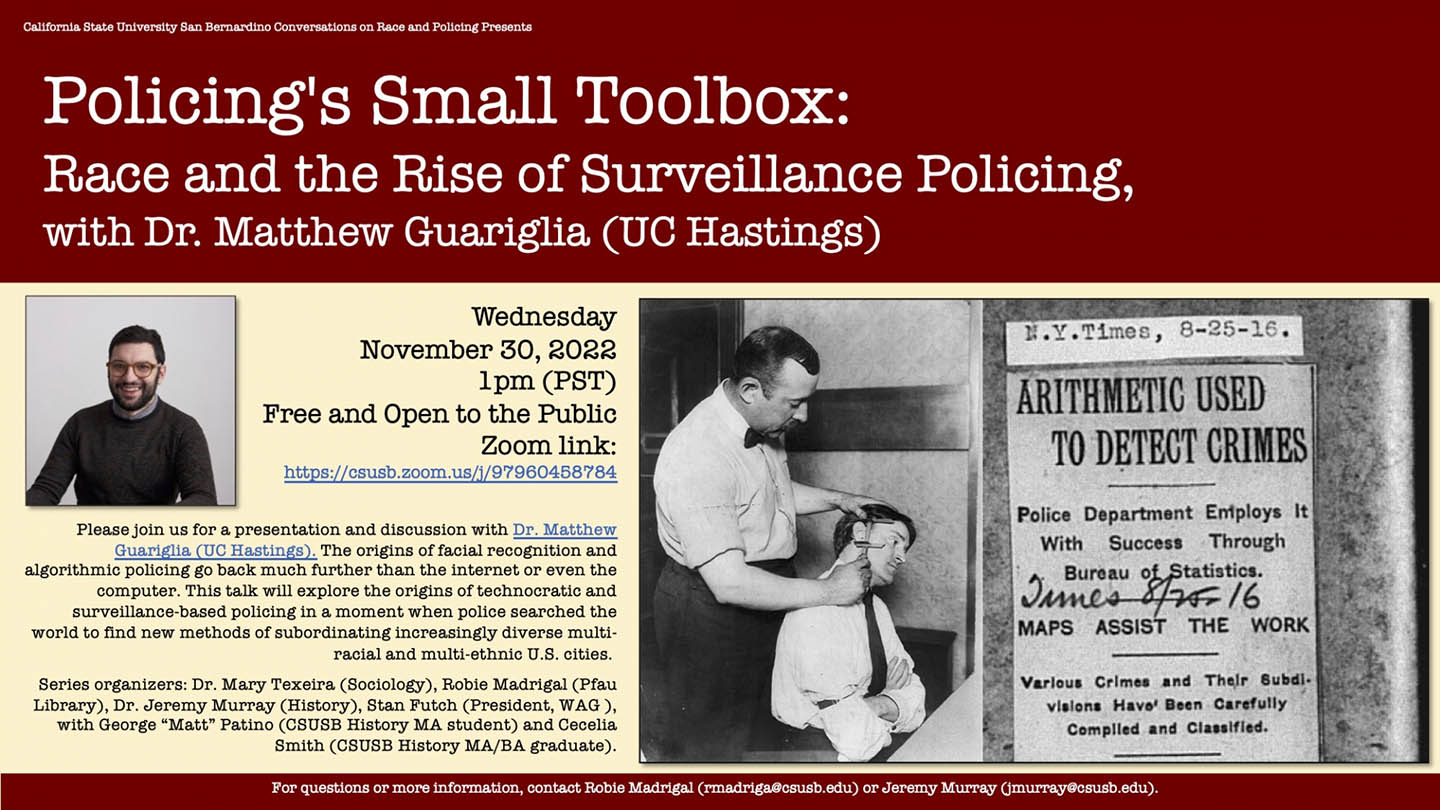