“An Art for Both My Peoples: Visual Cultures of Black/Brown Unity, A Conversation with Dr. Daniel Widener” will be presented at the next Conversations on Race and Policing at 1 p.m. Tuesday, Oct. 5, on Zoom.

The next Conversations on Race and Policing program will be “An Art for Both My Peoples: Visual Cultures of Black/Brown Unity, A Conversation with Dr. Daniel Widener,” set for 1 p.m. Tuesday, Oct. 5, on Zoom.

Amidst the continued demographic transition of the United States to a “majority-minority" nation, Widener’s talk will examine efforts to harness visual culture as part of a broader effort to respond to the notion of a crisis between African American and Mexican and Mexican American people.

In particular, Widener will explore the circulation and exhibition of allegorical images meant to demonstrate historic commonalities, interpersonal linkages, and political possibilities, including in the work of Los Angeles-based muralists, African American exile artist Elizabeth Catlett, and between artists affiliated with the Black Panther Party and the Zapatistas.

Widener, an associate professor of history at UC San Diego, is the author of “Black Arts West: Culture and Struggle in Postwar Los Angeles” (Duke University Press, 2010), and the co-editor of “Another University is Possible.” His past and current political affiliations include the Venceremos Brigade, Community in Support of the Gang Truce, the National Congress for Puerto Rican Rights, the Labor Community Strategy Center/Bus Riders Union, and Pillars of the Community. 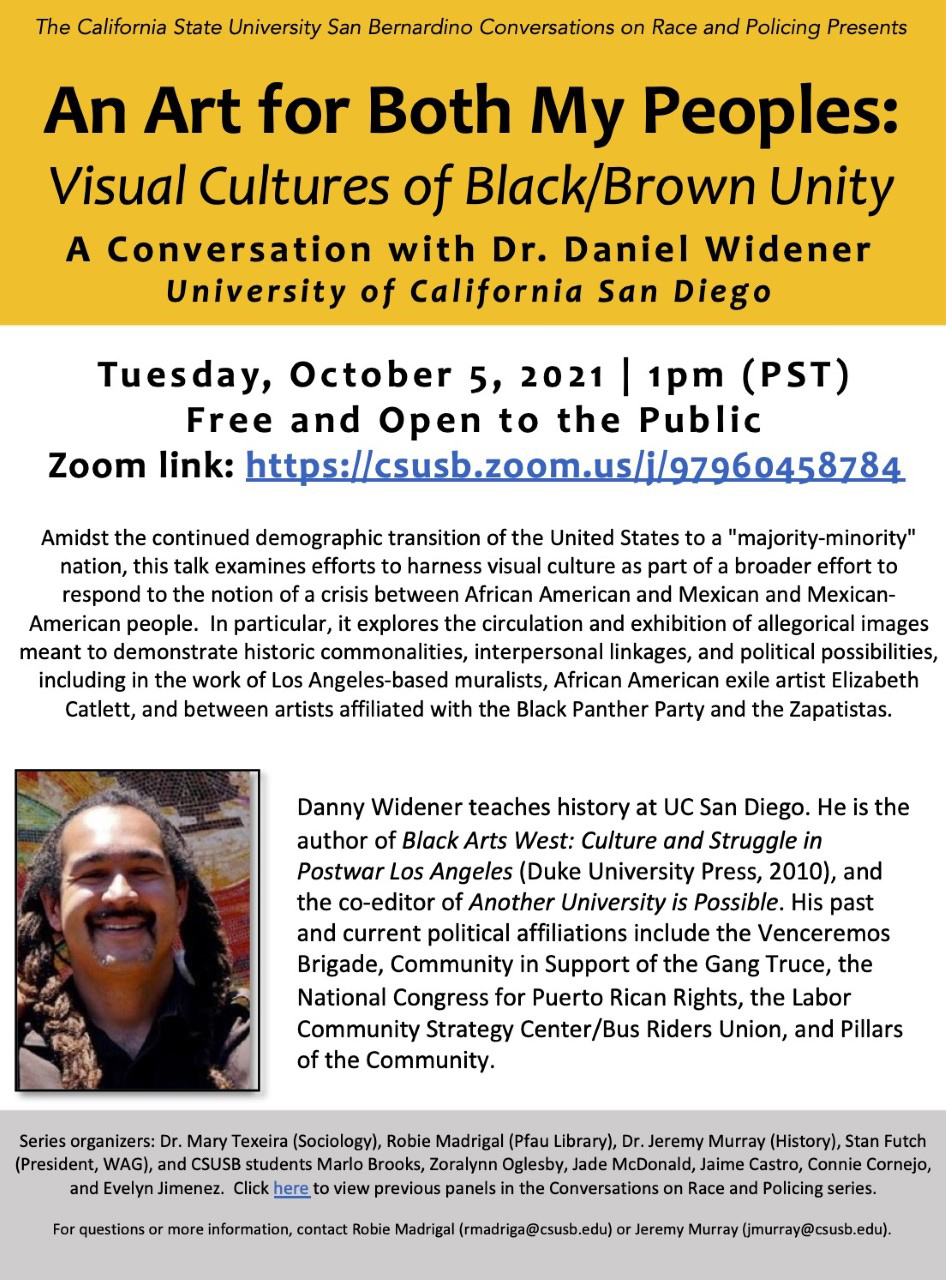