CSUSB’s Conversations on Race and Policing series resumes on Sept. 7

CSUSB’s Conversations on Race and Policing series resumes on Sept. 7

“Police Brutality, or Business as Usual?” kicks off the series for 2021-22 that focuses on race and policing that engages academics, activists, law enforcement officers, educators, artists, and others in a dialogue seeking solutions to a complex problem. The program is at 1 p.m. Tuesday on Zoom.

After hosting and presenting more than 40 programs, held almost weekly from June 2020 through May 2021, the organizers of Cal State San Bernardino’s Conversations on Race and Policing took a much needed break for the summer.

According to a summary of the program, “Since the murders of George Floyd and other African Americans at the hands of the police, the spotlight has decentered those communities and turned to the way we view policing itself in the U.S. Professor Dylan Rodriguez explores the everyday violence perpetrated on communities and individuals and asserts that police are doing exactly what the state mandates them to do.”

The series featured scholars, journalists, law enforcement officers, lawyers, activists, artists, educators, administrators and others from throughout the nation who shared their experience and expertise on issues related to race and policing.

“Although brother George Floyd’s murderer has been convicted, conversations on race, justice, inclusivity and transparency are still needed across America for communities of the underprivileged and poverty stricken,” said Marlo Brooks, a member of the series organizing committee and a CSUSB student. “Until equality is achieved, the fight for justice will remain at an unrest.”

“We the organizers of CoRP – students, staff and faculty – are committed to engaging the campus and larger community in conversations that shed light on the rights and wrongs of the criminal justice system in communities across the country,” said Mary Texeira, also a member of the organizing committee and a CSUSB professor of sociology.

More than 40 forums took place, and video recordings of the sessions are posted online on the CSUSB History Club Lecture Series YouTube channel. 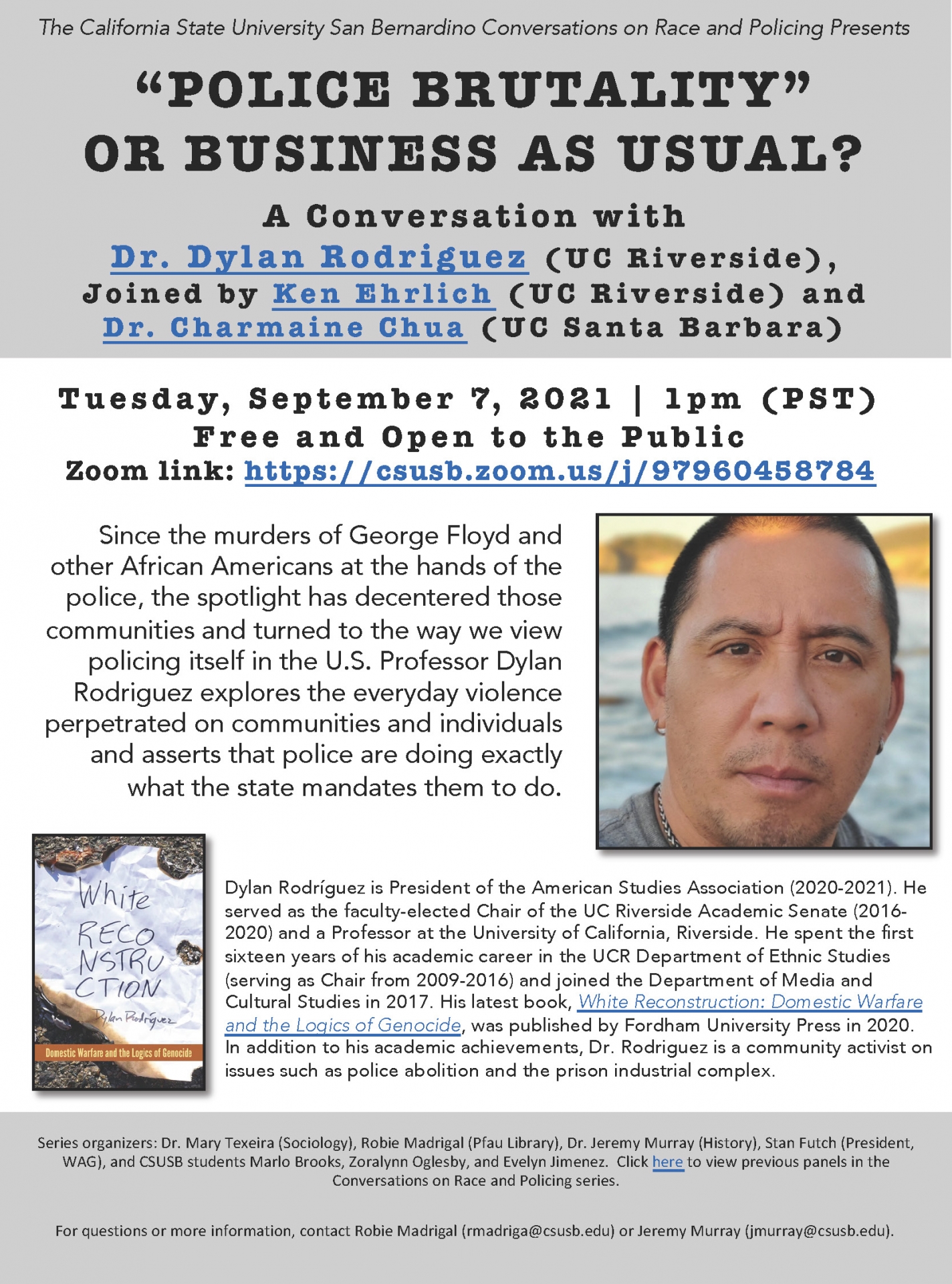