“Hollywood in China and China in Hollywood: Will It Be Back to Business-as-Usual Post-Pandemic, or Have the Relationships Changed?” presented by USC professor Stanley Rosen, will take place at noon Thursday, April 29, on Zoom. The program is free and open to the public.

With the 2021 Academy Awards recently concluded, the Modern China Lecture Series at Cal State San Bernardino will take a look at “Hollywood in China and China in Hollywood: Will It Be Back to Business-as-Usual Post-Pandemic, or Have the Relationships Changed?”

Presented by Stanley Rosen, professor of political science and international relations at the University of Southern California, the talk will take place virtually on Zoom at noon Thursday, April 29.

Rosen will examine what Hollywood wants from China and what China wants from Hollywood, looking at the advantages and disadvantages each player has in their own and the other’s market. Statistical data such as box office performance is used to document success and failure at various times.

Rosen’s most recent book is “Soft Power with Chinese Characteristics: China’s Campaign for Hearts and Minds” (Routledge, 2020, co-edited). His most recent article, “Obstacles to Using Chinese Film to Promote China’s Soft Power: Some Evidence from the North American Market,” appeared in the Journal of Chinese Film Studies (March 2021).

Upcoming in the series: 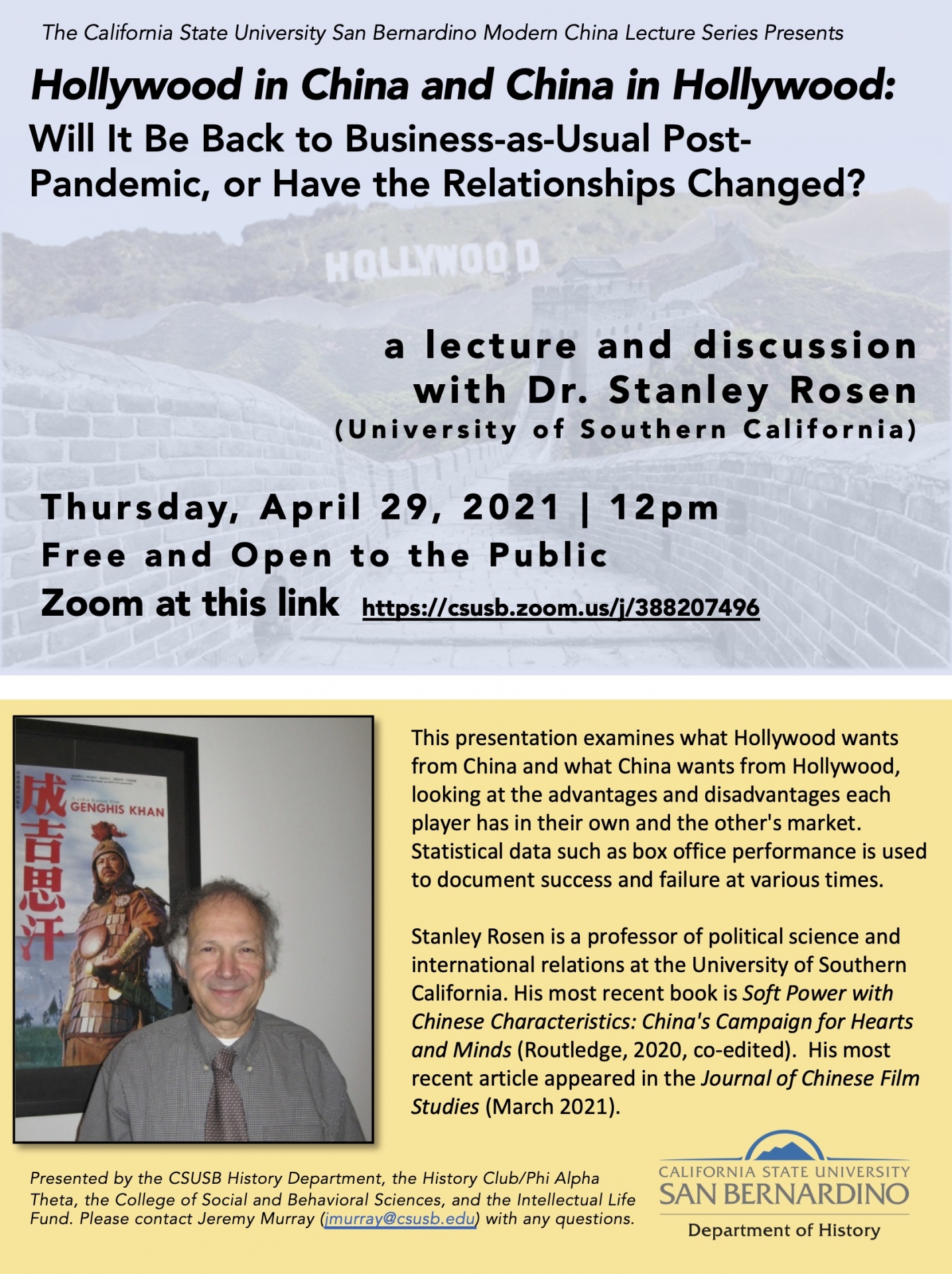