“A Shot in the Moonlight: How a Freed Slave and Confederate Soldier Fought for Justice in the Jim Crow South,” presented by award-winning author Ben Montgomery, will be the focus of the next Conversations on Race and Policing, 3 p.m. Wednesday, April 14, on Zoom.

The story of a freed slave who joined with a Confederate soldier to fight for justice in the Jim Crow South will be the focus of the next Conversations on Race and Policing.

Award-winning author Ben Montgomery will present “A Shot in the Moonlight: How a Freed Slave and Confederate Soldier Fought for Justice in the Jim Crow South,” beginning at 3 p.m. Wednesday, April 14, on Zoom. It can be accessed from a PC, Mac, Linux, iOS or Android at https://csusb.zoom.us/j/97960458784.

The program takes its name from Montgomery’s latest book, “A Shot in the Moonlight,” which tells the true story of George Dinning, a freed slave who in 1899 joined forces with a Confederate war hero-turned-lawyer named Bennett H. Young to search of justice in the South, where laws that enforced racial segregation were on the books at the end of Reconstruction in 1877 through the beginning of the civil rights movement in the 1950s. 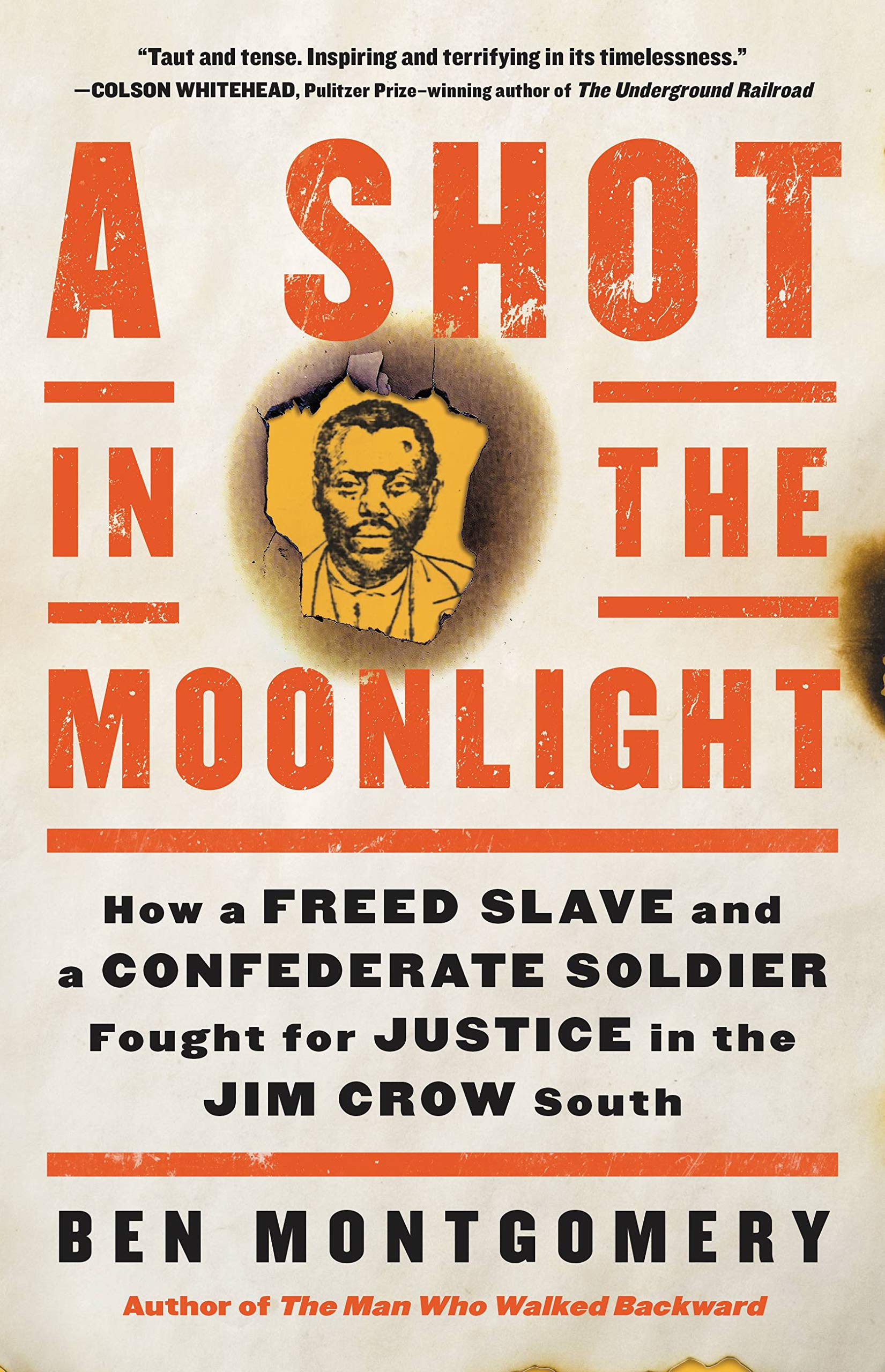 Montgomery, who also wrote “The Leper Spy” and “The Man Who Walked Backward,” was a finalist in 2010 for the Pulitzer Prize in local reporting and won the Dart Award and Casey Medal for a series called “For Their Own Good,” about abuse at Florida's oldest reform school. In 2018, he won a National Headliner award for journalistic innovation for a project exploring police shootings in Florida. He was among the first fellows for Images and Voices of Hope in 2015 and was selected to be the fall 2018 T. Anthony Pollner Distinguished Professor at the University of Montana in Missoula.

Montgomery, who also produces a daily news letter on Axios on news and issues in the greater Tampa Bay-St. Petersburg area, will be formally introduced by Rafik A. Mohamed, dean of the College of Social and Behavioral Sciences, who will also facilitate the question-and-answer session.