The film, which is about the 1985 incident in which the Philadelphia Police Department dropped a military-grade explosive on a row house during a standoff, leading to the deaths of 11 people (five of them children) and destroying 61 homes, will be shown at the next Conversations on Race and Policing, 3 p.m. Wednesday, March 24, on Zoom.

The screening of a documentary of the 1985 standoff, known as the MOVE bombing, between Philadelphia police and a group known as MOVE, which ended with 11 people dead, including five children, and 61 homes destroyed by fire, will be the focus of the next Conversations on Race and Policing.

MOVE was a group that mixed back-to-nature environmentalism with the Black liberation struggle. According to an article in The Guardian, “For years they had been in a running battle with the Philadelphia authorities culminating that May in arrest warrants, for a range of offenses including ‘terroristic threats,’ ‘riot’ and ‘disorderly conduct,’ being served and a standoff ensuing that ended with the dropping of (police officer Frank) Powell’s bomb on to their house.”

That was on May 13, 1985. Powell dropped the explosive from a helicopter, and the blast set fire not only to the MOVE house, but to other homes as well. Some 250 residents were left homeless.

Author Betsey Piette, who reviewed the film, wrote: “‘Let the Fire Burn’ reminds its audience that city officials, with full knowledge that children were in the house, chose not to extinguish the blaze. Wilson Goode, then Philadelphia’s mayor, admits during testimony before a commission that ‘there was a decision to let the fire burn.’” 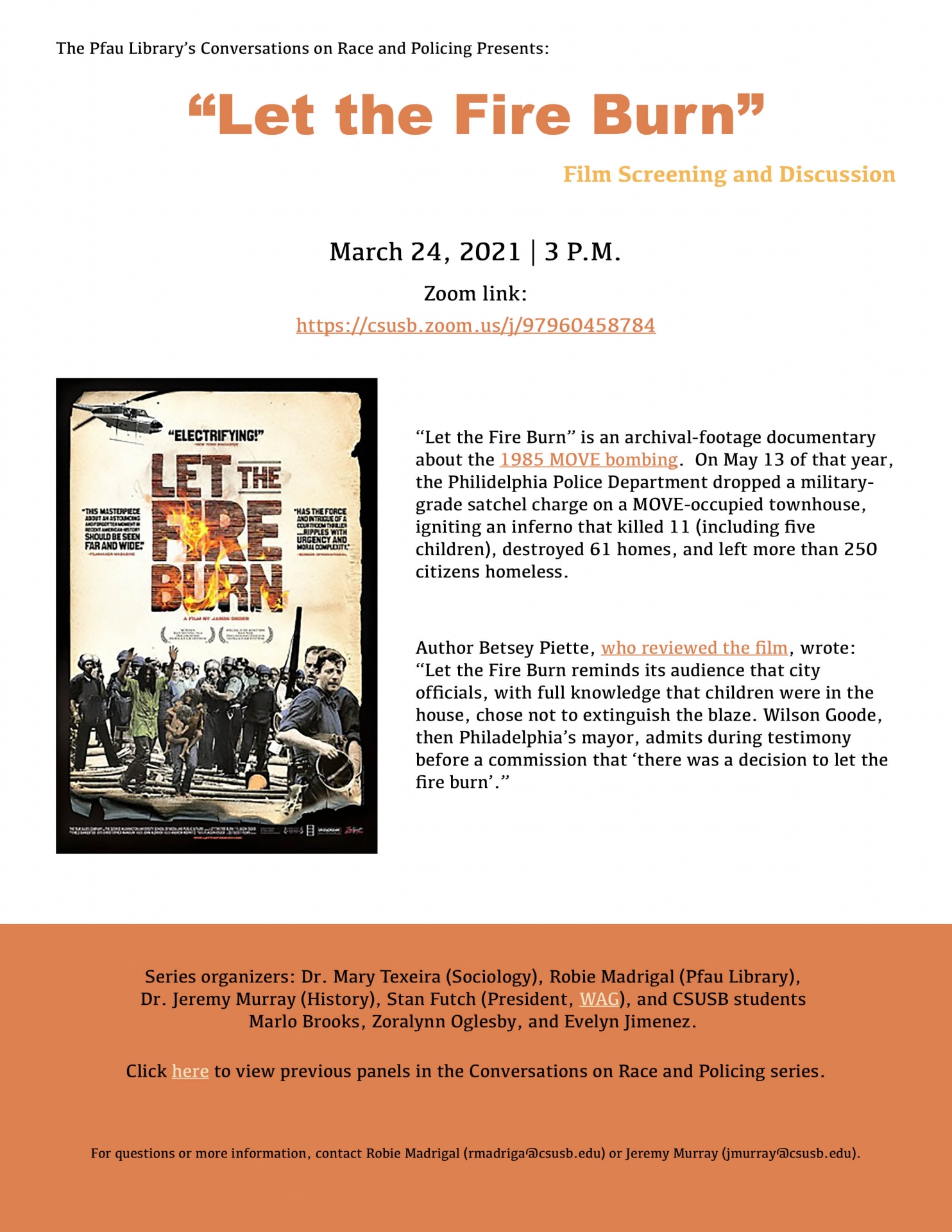