Diversity in policing topic of next Conversations on Race and Policing

Diversity in policing topic of next Conversations on Race and Policing

The presentation, “Policing Different DNAs: How Our Focus on Diversity in Policing May Be Misguided,” will be livestreamed on Zoom beginning at 3 p.m. Wednesday, March 3.

The topic of diversity in policing will be the focus of the next Conversations on Race and Policing featuring Maria “Maki” Haberfeld, professor of police science at John Jay College in New York City.

Haberfeld’s talk, “Policing Different DNAs: How Our Focus on Diversity in Policing May Be Misguided,” will take place at 3 p.m. Wednesday, March 3, on Zoom. It can be accessed from a PC, Mac, Linux, iOS or Android at https://csusb.zoom.us/j/97960458784.

Haberfeld was born in Poland and immigrated to Israel as a teenager. She is an expert in law enforcement, terrorism and white-collar crime in the United States, Eastern and Western Europe, and Israel. She has a Ph.D. in criminal justice from the Graduate Center of the City University of New York, a master of philosophy also from the Graduate Center, a master’s in criminology from Hebrew University, and bachelor’s degrees in history and archaeology also from Hebrew University.

She has authored close to 20 books on policing, including police leadership, organization, and training. Since 2001, Haberfeld has been involved in developing, coordinating, and teaching in a special educational program at John Jay for the New York City Police Department. 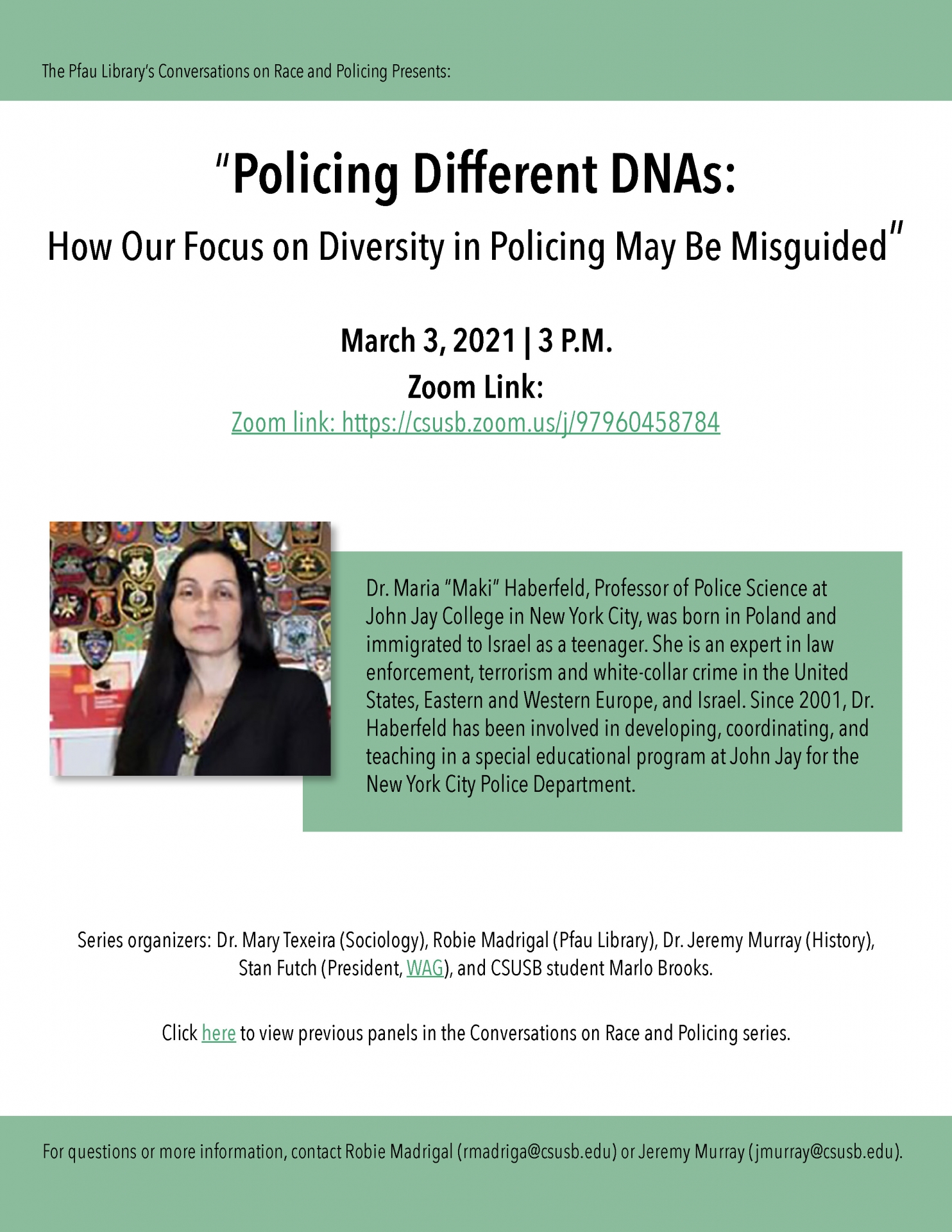