The university’s ongoing dialogue about race and law enforcement will resume at 4 p.m. Wednesday, Nov. 18, with the program “South Asia at a Crossroads with BLM: Caste, Color, and Intersections of Identity.” The program will take place on Zoom.

The university’s ongoing dialogue about race and law enforcement will resume on Wednesday, Nov. 18, with the program “South Asia at a Crossroads with BLM: Caste, Color, and Intersections of Identity.”

The panel discussion will take place at 4 p.m. as part of the next Conversations on Race and Policing series. The event will take place virtually and can be accessed from a PC, Mac, Linux, iOS or Android at https://csusb.zoom.us/j/97960458784.

As uprisings calling for an end to police violence, anti-Black racism and white supremacy demand all of our attention, the experiences of South Asians can offer another opening to critically think about the mechanisms of racial oppression. South Asians have been shaped by  policing and surveillance systems, Islamophobia, caste-based violence, and racial capitalism. At the same time they have found complicity within these structures.

In addition to examining these tensions, the panelists will stress the urgency of uplifting the Movement for Black Lives and highlight the ways South Asian solidarity efforts intersect with the collective struggles of oppressed people around the world.

The panelists for the program will be:

The panel will be moderated by Isabel Huacuja Alonso, assistant professor in the Department of History at CSUSB.

Upcoming Conversations on Race and Policing are “Guerilla Warfare from the Street to the Courtroom,” at 4 p.m. on Nov. 25, and “Suing the Police and Qualified Immunity,” at 4 p.m. on Dec. 2. Both programs will be on Zoom. 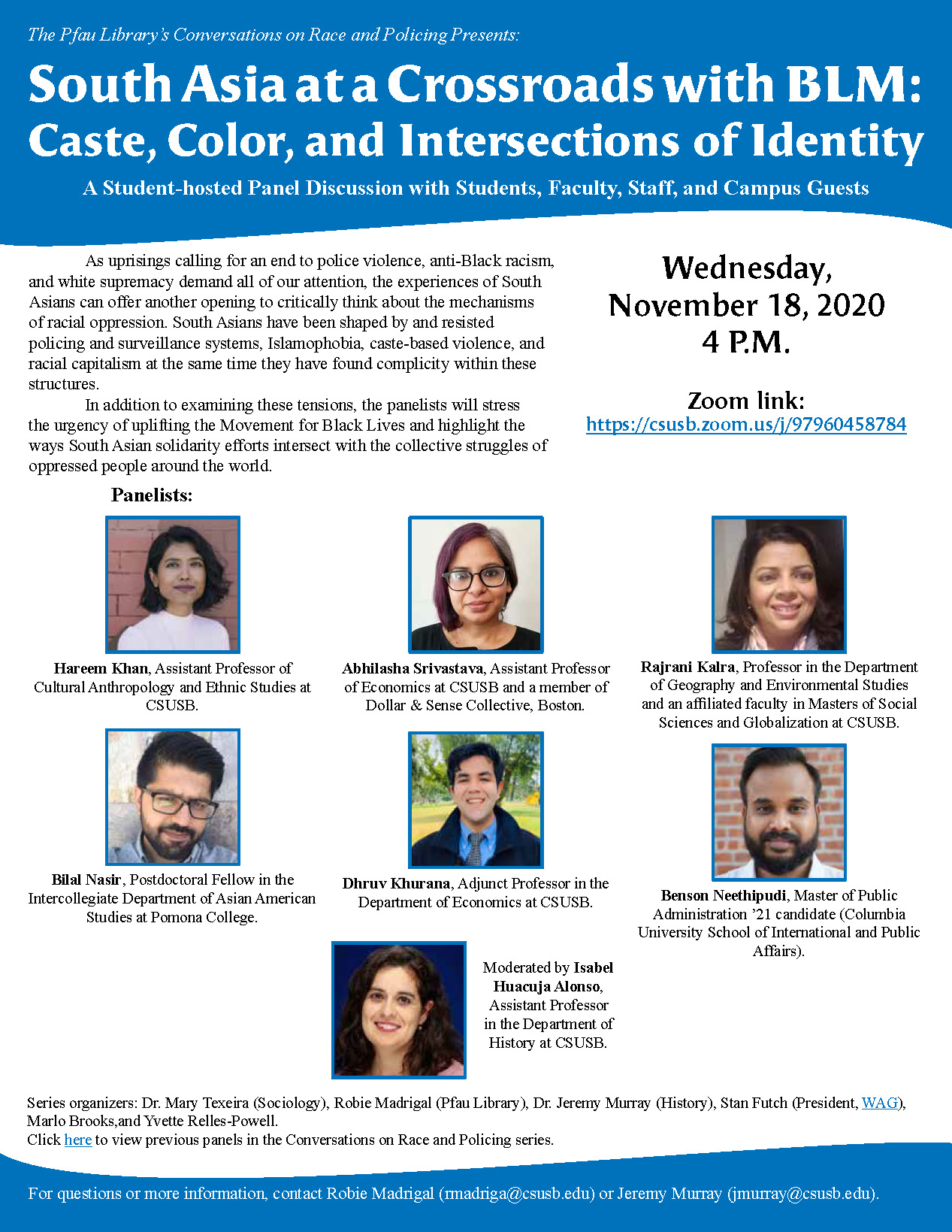