Cal State San Bernardino’s Modern China Lecture series resumes with three events planned for November, all of which will be held on Zoom.

The first event, which took place on Nov. 9, was “The Compensations of Plunder: How China Lost Its Treasures,” featuring Justin Jacobs, associate professor of history at American University in Washington, D.C. Jacobs is a historian of China, Xinjiang, the Silk Road, antiquities, and archaeology. It was presented in collaboration with CSUSB’s Robert and Frances Fullerton Museum of Art.

More information on that event can be found at “RAFFMA presents ‘The Compensations of Plunder: How China Lost Its Treasures’ on Nov. 9.”

The second event of the month, at 5:30 p.m. Tuesday, Nov. 17, will be on “Vernacular Industrialism in China: Local Innovation and Translated Technologies in the Making of a Cosmetics Empire, 1900-1940,” presented by Eugenia Lean, professor of Chinese history at Columbia University. Her presentation is based on her newly published book of the same name. Lean is professor of history and East Asian languages and cultures and current director of the Weatherhead East Asian Institute at Columbia University. She is the author of “Public Passions: The Trial of Shi Jianqiao and the Rise of Popular Sympathy in Republican China,” which was awarded the 2007 John K. Fairbank prize for the best book in modern East Asian history, given by the American Historical Association.

The November talks conclude at 5:30 p.m. Tuesday, Nov. 24, when David Cheng Chang, associate professor of history at Hong Kong University of Science and Technology, presents “To Embrace or Flee the Communists, or Seek a Third Way? Three Chinese POWs’ Odysseys in the Civil War, the Korean War, and the Cold War.” Drawing on oral history interviews and documents, this talk examines the divergent trajectories of three prisoners.

Chang is the author of “The Hijacked War: The Story of Chines POWs in the Korean War.” 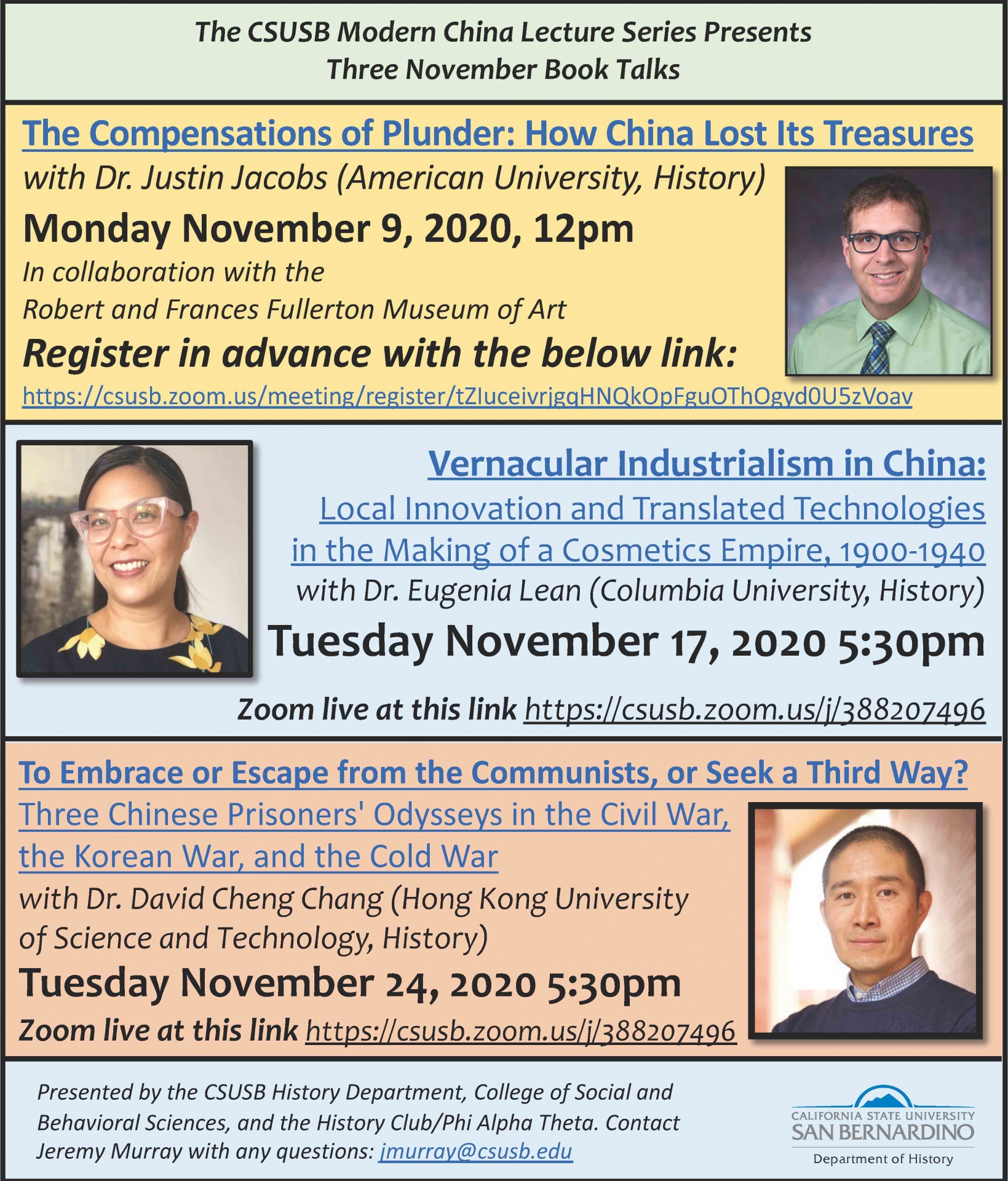