State assemblymen Chad Mayes and Eduardo Garcia, who stewarded the request for direct funding to the campus last spring, formally presented the state’s $3 million commitment to the campus during a ceremony on Tuesday, Dec. 19.

In his remarks during the ceremony held at the PDC, Mayes noted that this funding is being made available to assure the Coachella Valley’s four-year university campus has the resources needed for real capacity building.

“This region needs more professors, more classes, more programs, more professional opportunities,” he said, “and this support is intended to make all of that possible.”

Garcia thanked the entire community for the groundwork that had been laid over the last three decades, noting that the resources from donors, supporters and Coachella Valley cities had made it possible for the legislators to work across the aisle to take this next step in the campus’ history.

He also assured the crowd gathered that this is not the only earmarked funding the assemblymen will work toward. “We know we need $10 million to realize the vision of the campus to serve this valley, and you have our commitment that we will keep asking,” he said.

The campus expansion includes a new program in business in hospitality management to support the $6 billion industry in the Coachella Valley. The much-needed expansion of the nursing program will directly support the healthcare system in the region, which is in desperate need of trained specialists in the field.

As the campus continues to provide the education for many first-generation enrolled college students, programs such as the Student Success Center and increased opportunities for campus engagement are assuring students who start at the PDC earn their degrees within four years at twice the state average among the CSU sister campuses.

The check was presented to Dr. Ward Fredericks, president of the PDC Advancement Board, and the event was attended by a large group of students and supporters who came out to celebrate the resources that will help the PDC define the future of the region.

Visit the CSUSB Palm Desert Campus website or contact Michael Singer at the PDC Office of Strategic Communication at msinger@csusb.edu or (760) 341-2883, ext. 78107, to learn more. 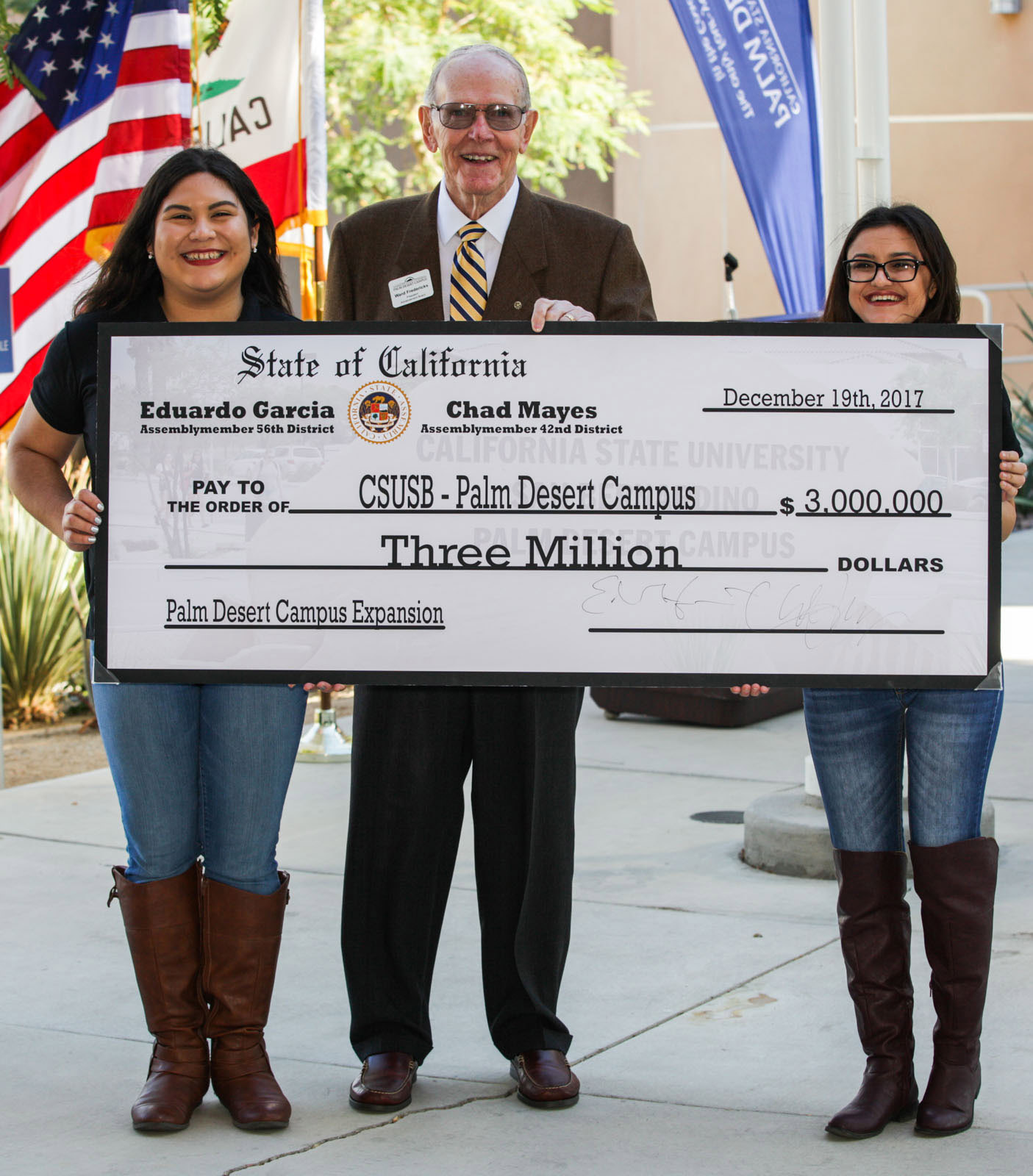