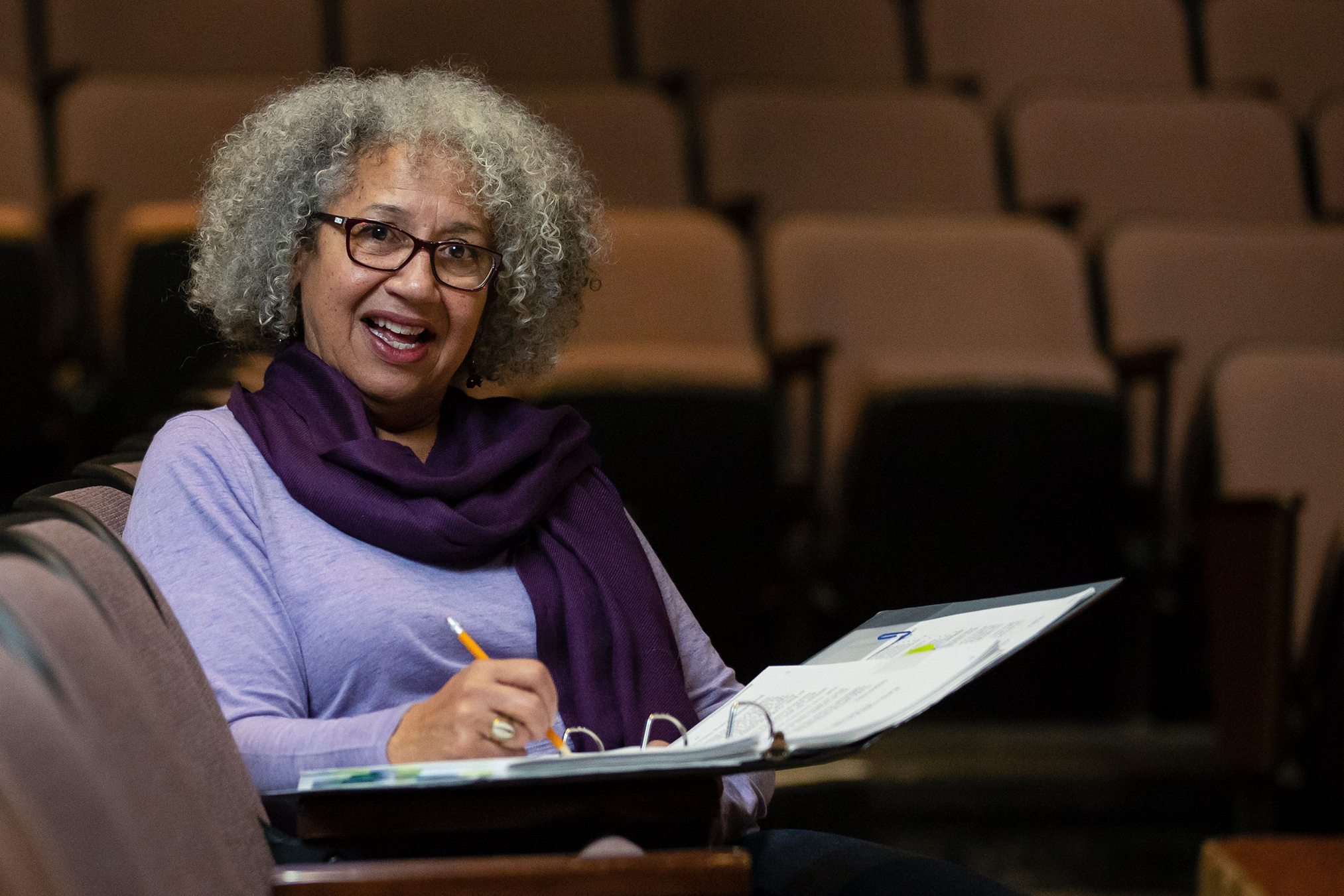 Theatre arts professor Kathryn Ervin has a long, successful history in theatre arts and was inducted into the College of Fellows of the American Theatre in 2018.

Kathryn Ervin, a professor in the CSUSB Department of Theatre Arts, was one of only 10 people inducted into the College of Fellows of the American Theatre in April 2018 at the historic Cosmos Club in Washington, D.C.

Investiture in the College of Fellows of the American Theatre, which originated in 1965 within the American Educational Theatre Association, is one of the highest honors bestowed on educators and professionals in the educational and theatre community.

From 1988 through 1994, Ervin served as secretary, then vice president, then president of the Black Theatre Network, the national organization for artists, scholars and individuals with an interest in celebrating the beauty and complexity of black life onstage. She was granted the Black Theatre Network Lifetime Membership Award in 2010, recognizing her service to the organization.