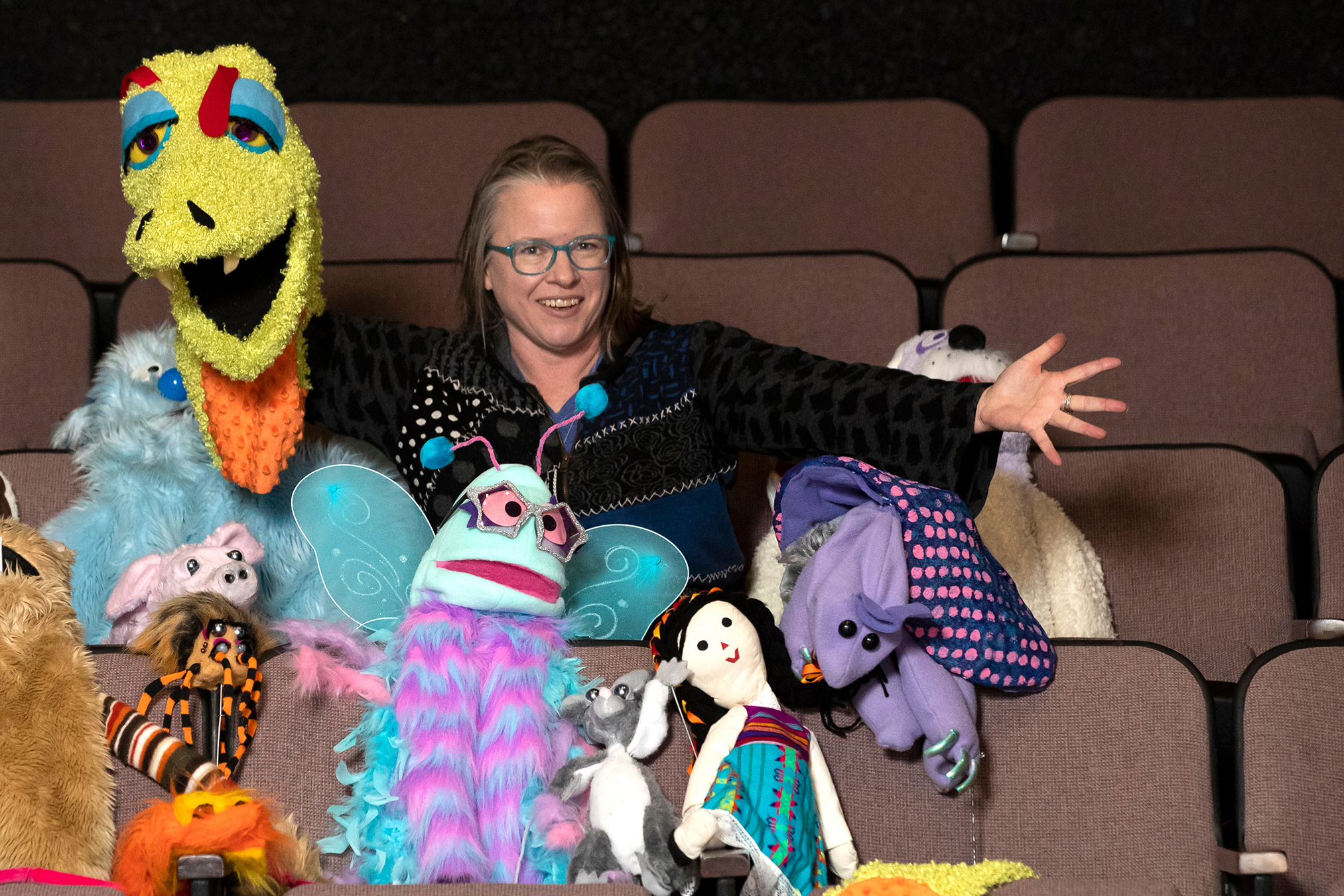 Author of the book "Puppetry in Theatre and Arts Education: Head, Hands and Heart"

Johanna Smith, professor of theatre arts, is a frequent presenter on puppetry and has been directing award-winning children’s theatre performances for more than 20 years.

Professor of Puppetry, Improv specialist, Theatre Educator and author!
Back to Spotlights

Johanna Smith has been a professor of theatre education, American childhood, improvisation, and puppetry at Cal State San Bernardino since 2000 and recently became the official improv faculty for CSUSB’s Inland Empire Center for Entrepreneurship.

Smith has been directing award-winning children’s theatre performances for more than 20 years. She has served as an artist and educator for venues from professional theatres to museums to colleges to preschools. She is a frequent presenter on puppetry as a powerful educational and artistic tool for teachers, and has an international presence. Her production of The Odyssey (director, puppet design) toured to the Puppet Fair puppet festival in Sofia, Bulgaria in 2008, followed by a tour of four major Chinese cities for the Chonqing Children’s Theatre season in 2009.

Smith has written and received grants from the National Endowment for the Arts and the Theatre Communications Group. She very proudly works with the California Arts Project and is a recommended artist for the LA County Arts Ed Collective. She is also a member of the American Alliance for Theatre and Education and the Puppeteers of America. She can also be seen performing with Farm to Table, the house improv team of Ophelia’s Jump Productions.

In 2019, she published “Puppetry in Theatre and Arts Education: Head, Hands and Heart,” a workbook that offers a comprehensive guide on how to bring puppetry into the classroom.

Smith received her MFA in theatre for youth from Arizona State University.