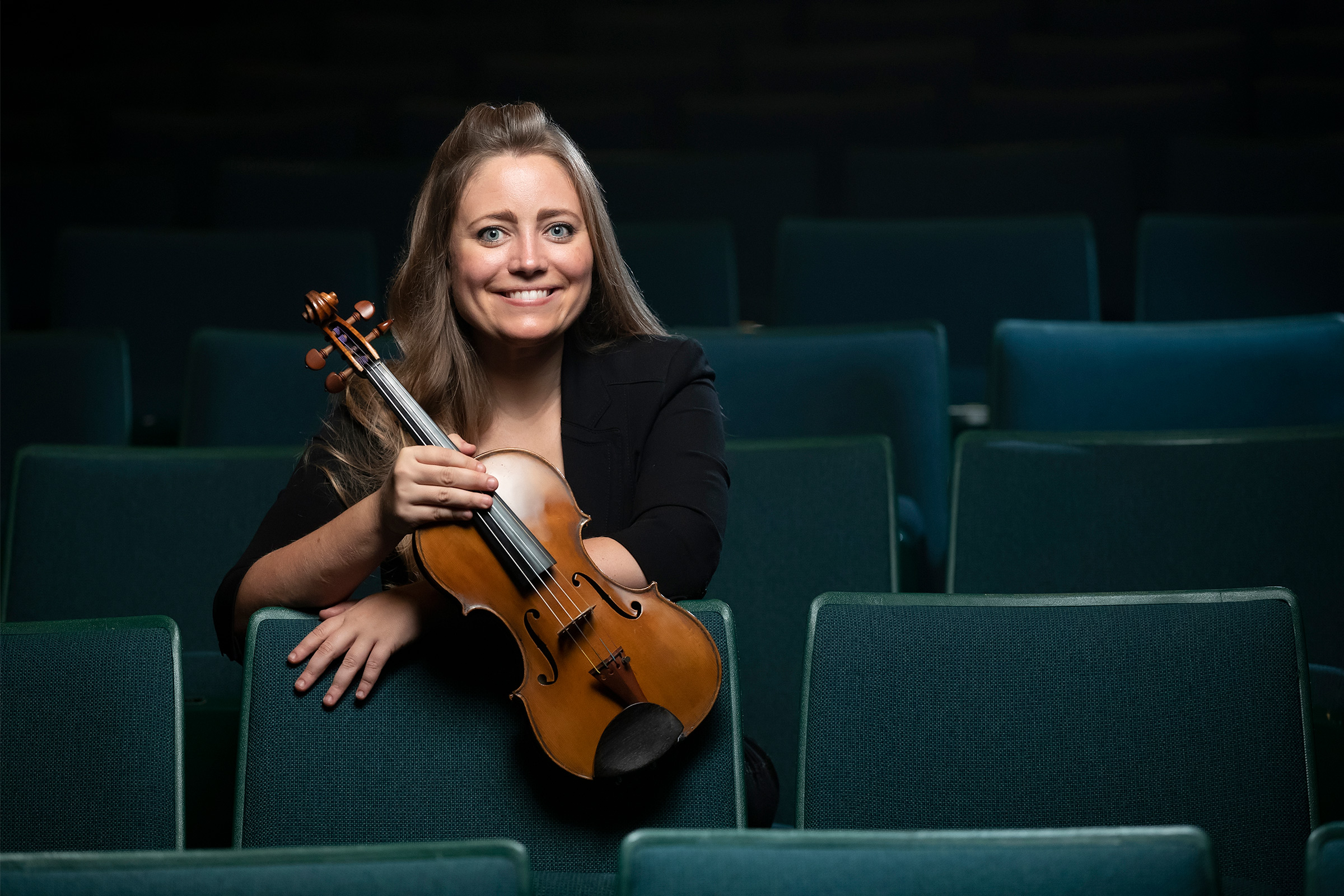 Lucy Lewis, associate professor of orchestral music education, has more than doubled the size of the CSUSB orchestra program and conducted the group’s first-ever international concert.

A Standing Ovation. An Experience of a Lifetime. Flight to Harmony
Back to Spotlights

As music director and conductor of the Orchestral Studies Program at CSUSB, Lucy Lewis has more than doubled its size and conducted the group’s first-ever international concert in South Korea at the world-renowned Seoul Arts Center in Oct. 2019.

Her innovative season programming has featured the CSUSB Opera Theatre Program, Concert Choir & Chamber Singers, Vocal Jazz Program, and Brass Ensemble, in addition to multiple guest artists. An avid supporter of the development of young musicians, Lewis founded the CSUSB Young Artist Competition that provides finalists with the opportunity to perform as featured young artists with the orchestra. She also annually commissions new works by the faculty and students of the CSUSB Composition Program, which are performed by the orchestra every spring.

Lewis is frequently engaged as an orchestral clinician and has guest conducted orchestras in California, Michigan, Tennessee, Florida, Maine and Colorado. On tour, in addition to the concert in South Korea, she has led orchestras to perform in Hawaii and Florida. She is also the director of the CSUSB Orchestra, Piano, and Chamber Music Summer Camp, and serves as a clinician and adjudicator for the San Bernardino County Music Educators Association, California American String Teachers Association, and Forum Music Festivals.

Lewis enjoys an active career as a soloist, chamber musician, orchestral performer, and teaching clinician, and has appeared in these roles throughout the United States, Canada, South America, Europe, and Africa.

Lewis has served as the director of the Loma Linda Academy String Program, and has also been on the faculties of the Preucil School of Music, the University of Cincinnati College-Conservatory Preparatory Department, Southwestern and Lake Michigan Colleges, the Citadel Dance & Music Center, and the Fischoff Chamber Music Association’s Mentor Program. She has also been a guest clinician and performer at several music festivals including the Los Angeles Suzuki Institute, the Advanced Suzuki Institute at Stanford University, and the “At First Sight” Chamber Music Sight-Reading Workshop in Tennessee.