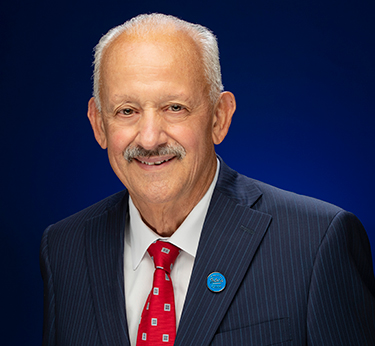 Tomás D. Morales was selected as the president of California State University, San Bernardino (CSUSB) in May 2012. He is the university's fourth president since it opened in 1965.  His commitment to student success has led to various innovative summer bridge and other student and academic support services.  He successfully completed CSUSB’s first fundraising campaign, raising $54M while doubling the university endowment. His dedication to diversity prompted the development of the institution’s unique Diversity, Equity and Inclusion Board. In addition, he spearheaded the first truly bi-county initiative to improve college attainment leading to the founding of the 501(c)(3) organization, Growing Inland Achievement, which has raised over $25M toward this goal.

Previously, Morales was president of the College of Staten Island, The City University of New York (CUNY), from 2007 to 2012.

From 2001 to 2007, Morales served in various capacities at California State Polytechnic University, Pomona (CPP), including Provost and Vice President for Academic Affairs, Vice President for Student Affairs, and professor of education. While at CPP, he established the Kellogg Honors College, realigned the division of Academic Affairs and played a key role in completing a $23 million expansion of the Bronco Student Center, among other projects.

Prior to joining CPP, Morales served as Vice President for Student Affairs and Dean of Students at The City College of New York (CUNY). He holds a B.A. in history from SUNY, New Paltz, and earned his M.S. and Ph.D. in educational administration and policy studies from SUNY, Albany. Having served as an educator and administrative leader in higher education for more than 47 years, he is one of the few higher education administrators in the United States who has held senior administrative positions at the three largest public university systems in the nation: The California State University, The State University of New York and The City University of New York.

Dr. Morales has been awarded two honorary degrees including a Doctor of Humane Letters from his alma mater SUNY, New Paltz (2012) and a Doctor of Humane Letters from the American College of Thessaloniki, Greece (2009). In September 2016, Morales received the Ohtli Award, the highest award Mexico’s government presents to a civilian outside the country.  In recognition for his service to education and his passion for the sport, the baseball field at the College of Staten Island was named in his honor as the Tomás D. Morales Baseball Field.

His lifelong dedication to improving the access and quality of public higher education has been recognized with numerous awards, including the Distinguished Leader in Education award from Education Update; the Lifetime Achievement Award in Education from the New York League of Puerto Rican Women, Inc.; Effective Leadership Golden Age Award from the Latino Center on Aging; Latino Trendsetter Award at the United Nations; the IMAGEN Certificate Award from U.S. Citizenship and Immigration Services; the Professional Achievement Award from Boricua College; the Hispanic Leadership Award from the Boy Scouts of America; the Outstanding Leadership in the Service of Youth Award by the National Honor Society at Susan E. Wagner High School; and the Louis R. Miller Award from the Staten Island Chamber of Commerce and Staten Island Advance.

Tomás and his wife Evy have been married for almost 50 years. They have three grown children and eight grandchildren.