Conversations on Race and Policing Series Continues: Police Unions in the U.S.: Perspectives in Historical Context

Conversations on Race and Policing Series Continues: Police Unions in the U.S.: Perspectives in Historical Context 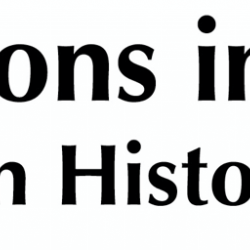 Join us on Wednesday, October 7 at 4 p.m. for a panel titled "Police Unions in the U.S.: Perspectives in Historical Context," featuring special guests, Seth Stoughton, Associate Professor at the University of South Carolina School of Law, and Aaron Bekemeyer, Ph.D. candidate in the History Department at Harvard University.

Seth Stoughton is an Associate Professor at the University of South Carolina School of Law, where he studies policing, including officer training, agency culture, and the use of force. His work has been published in leading academic journals, and he is the principal co-author of Evaluating Police Uses of Force (NYU Press, 2020). He has provided expert testimony in litigation relating to police procedure, investigations, tactics, and the use of force. He is a frequent lecturer on policing issues, regularly appears on national and international media, and has written for The New York Times, The Atlantic, TIME, and other news publications. Seth served as an officer with the Tallahassee Police Department for five years. In that time, he trained other officers, helped write policies to govern the use of new technologies, earned multiple instructor and operator certifications, and taught personal safety and self-defense courses in the community.

Aaron Bekemeyer is a Ph.D. candidate in the History Department at Harvard University studying the labor history of the American state and the ways labor struggles affect policy, politics, and citizenship. His graduate research explores how police unionism grew from a marginal phenomenon to one of the most important forces in policing and politics in the second half of the twentieth century, reshaping the labor movement, the carceral state, local politics, and American citizenship in the process. His writing has appeared in the Washington Post, and his research has been featured in the NPR history podcast Throughline.

The program is part of the ongoing Conversations on Race and Policing series, hosted by CSUSB students Marlo Brooks and Yvette Relles-Powell.

Click here to view previous panels in the Conversations on Race and Policing series. 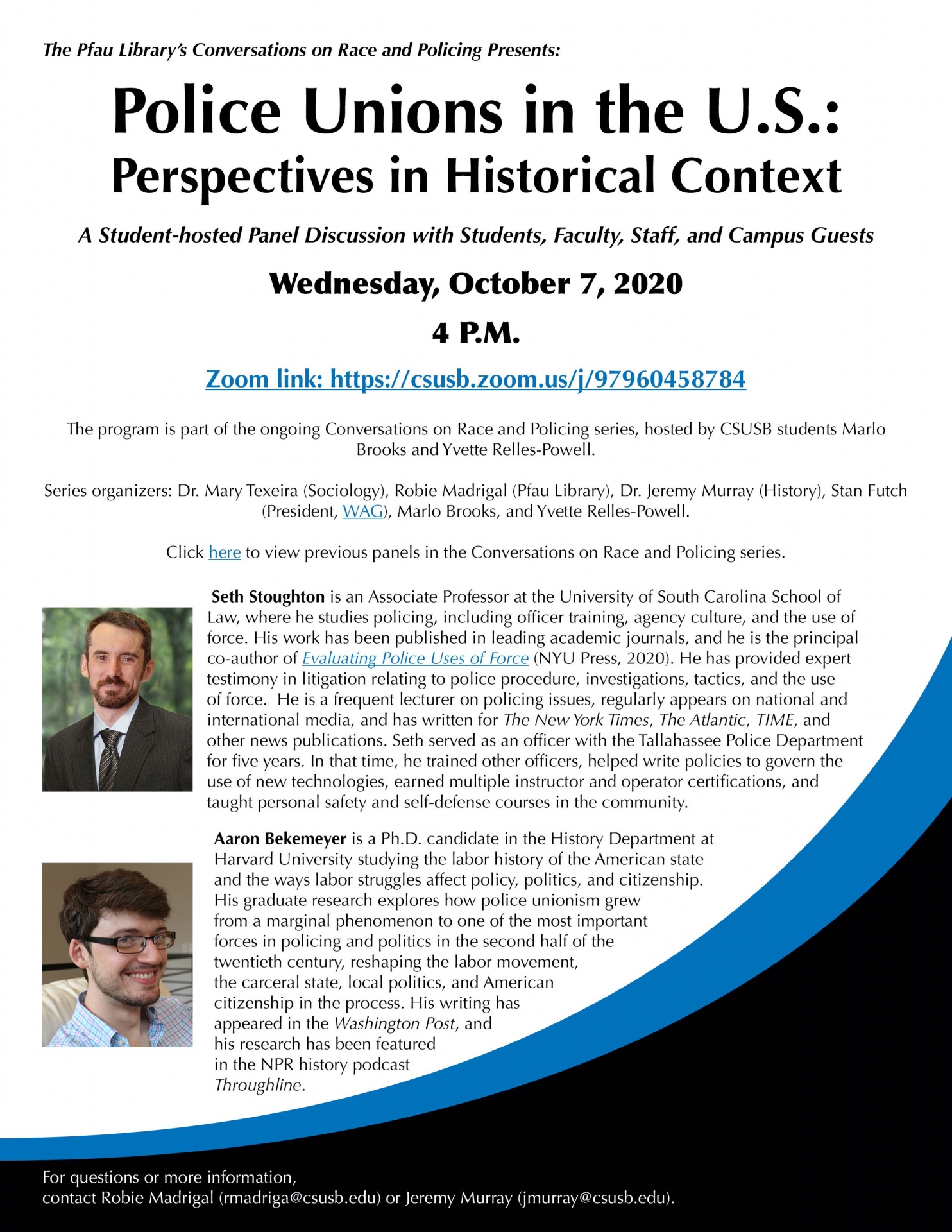