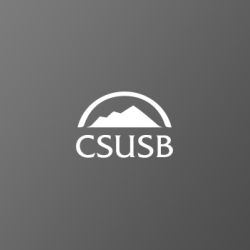 This year has seen an extremely impressive class of History undergraduates accepted into some of the most prestigious graduate programs in the country. Tomi Pulkkinen has been active as an editor and contributor to the department’s award-winning undergraduate journal, and he is now headed to the doctoral program in history at UC Santa Barbara. Recent graduate, Elvis Rivera Salinas, winner of numerous departmental honors including highest GPA and the J.C. Robinson Scholarship, is on his way to the University of Pittsburgh to begin work on his doctorate in history with renowned expert of Nicaraguan history, Dr. Michel Gobat. Emily Wild, another award-winning and outstanding student is off to Virginia Tech for her Master’s in History, with full funding support. Connor Gahre will begin his work also in a fully funded Master’s program at Miami University in Ohio. Arlene Gutierrez is currently completing her first year in the Master’s program at Johns Hopkins. Rocio Gomez was awarded with a highly competitive Latino Heritage Internship as part of the Hispanic Access Foundation, and she was placed at the Manzanar National Historic Site for the 2017 summer, further strengthening our department’s ties with Manzanar. Angela Tate will begin her doctoral studies in history Northwestern University (Evanston, IL), where she plans to focus on 19th and 20th century African Diasporic histories of the US and UK, with minor fields in Women's Studies and Public Humanities. Ms. Tate was selected as a Sally Casanova Pre-Doctoral Scholar for 2016-17 at CSUSB, and she was also chosen as an alternate for the Ford Foundation Pre-Doctoral Award, 2017-18.