The Joseph Andrew Rowe Water Resources Archives began in 1999, with the donation of an exhaustive, lifetime collection of engineering and planning reports, technical journals, pamphlets, government documents, maps and aerial photos from Joseph Andrew Rowe, an engineer who specialized in water resources. Since then, the Archives has grown into a repository of important documents from throughout the state. It now includes several important collections. 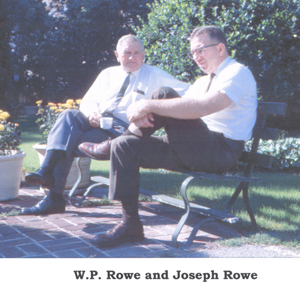 The Archives' cornerstone collection from Joseph Andrew Rowe began with Joe's father, William Penn Rowe, who was also an engineer. Penn, as the elder Rowe was called, began the collection in 1916, adding historical documents that dated back to the 1870's. The Collection continued to grow until the mid-1980's. At the end of his career, Joe Rowe donated the collection to the San Bernardino County Museum, where it remained until the records were transferred to the Pfau Library to be managed by the Water Resources Institute (WRI). This collection is primarily relates to the Santa Ana River and its tributaries, but includes areas throughout the State of California, such as the Central Valley, Mojave River areas, and Los Angeles. In 2009, in honor of an endowed gift to the WRI Archives from Joe's daughters, Mary Ann McVey and Patricia Rowe Watt, the WRI Archives were named the Joseph Andrew Rowe Water Resources Archives .

The Archives contains several collections that are important to Southern California.

The William M. Claypool III collection is primarily related to the Colorado River, but includes many documents about the Mojave Desert and surrounding areas. William graduated Phi Beta Kappa from Pomona College in 1948. As the CEO of True Value Hardware in Needles, he created the first commercially successful recycling business in California and expanded the department store and grocery established by his grandfather. The collection includes historic books, historic government documents such as the Whipple Survey of the transcontinental railroad route, John Wesley Powell's survey of the Colorado River, many documents related to the Bureau of Reclamation's operation of the Colorado River and the Bureau of Land Management's maintenance of lands adjacent to the river, newspaper and magazine articles, Metropolitan Water District newsletters and brochures, and historical photos of the river. Bill realized early the significance of the lower Colorado River and wisely said, "We need to understand the river's past in order to chart its future."

The WRI has accepted a variety historically significant collections from a wide-ranging group of donors, including individuals and public agencies, elected officials, engineers, and businessmen, including: 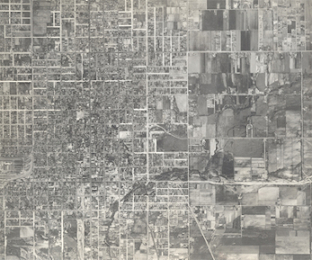 The Aerial Photo Collection is part of the Joseph Andrew Rowe Water Resources Archives, which is located on the 4th floor of the Pfau Library in PL401. The aerial photos were taken for projects that Hydrologist Penn Rowe worked on, beginning in the late 1920's through the 1960's. They cover a variety of engineering water projects, including flood control, water supply and were used in legal cases pertaining to water rights.

The photos cover a wide area of Southern California, with a focus on the vicinity of San Bernardino and Riverside Counties, as well as areas of Orange County, San Diego, Ventura, Santa Barbara and Los Angeles. 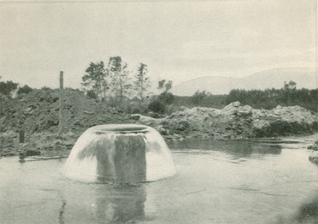 The Well Records are part of the Joseph Andrew Rowe Water Resources Archives, which is located on the 4th floor of the Pfau Library, in PL-401.They cover San Bernardino County and are water depth records and water quality reports. The records date from the 1930's to the mid-1960's. San Bernardino County Flood Control collected these records and donated them to the Water Resources Institute.