CIMES’s Statement in Solidarity with the Black Lives Matter Movement

The Center of Islamic and Middle Eastern Studies (CIMES) at California State University, San Bernardino is saddened and outraged by the murders of George Floyd, Rayshard Brooks, Breanna Taylor, Ahmaud Arbery, and countless other Black individuals. We recognize the deplorable systemic racism that permeates the past and present of the U.S. and stand in strong solidarity with those who seek to make fundamental changes to the system. CIMES is part of a global movement that advocates for peace and justice. Our commitment at CIMES is to strengthen our solidarity with those of MENA (i.e., Middle East and North Africa) and BIPOC (i.e., Black, Indigenous, and People of Color) in North America and globally through our teaching and community outreach. CIMES also recognizes the contribution of Black Muslims who comprise a third of the American Muslim population in our nation’s civic, athletic, artistic, and civil rights movement, with leaders such as Malcolm X, Muhammad Ali, Keith Ellison, Kareem Abdul Jabbar, Ahmad Jamal, Art Blakey, T-Pain, to name a few. At CIMES, we organize events to raise awareness about the struggles of Muslim populations and other religious and/or indigenous groups in MENA, most of whom are people of color and live in Global South. We acknowledge the similarities between their plight and those of people of color everywhere, including the Black Lives Matter movement. We condemn racism, anti-Blackness, and white supremacy in all of their forms and are committed to fighting to dismantle them. An injustice to our Black siblings is an injustice to all of us. We declare unequivocally that Black Lives Matter in this country and around the world. 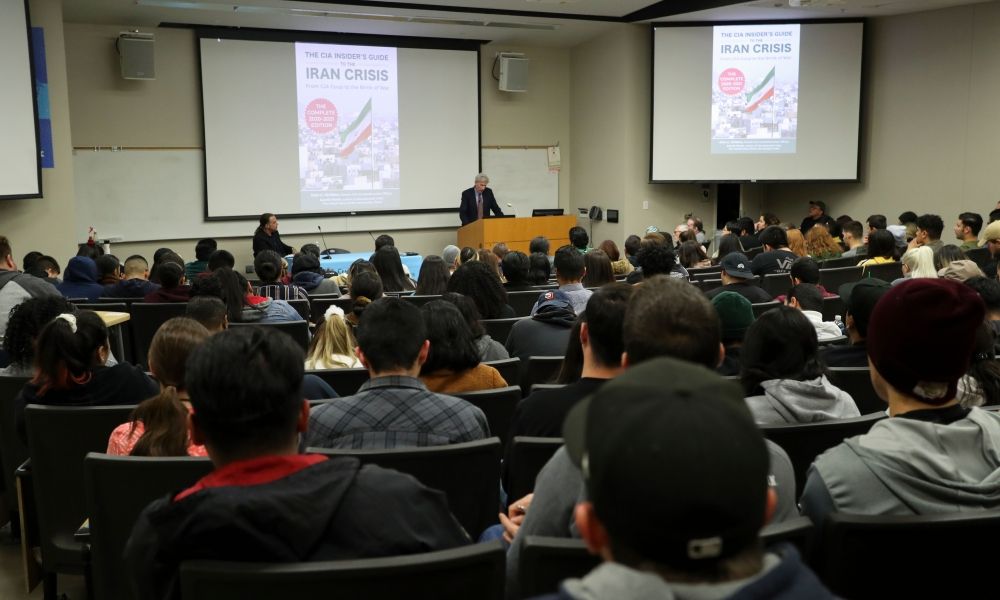 Read More about this discussion 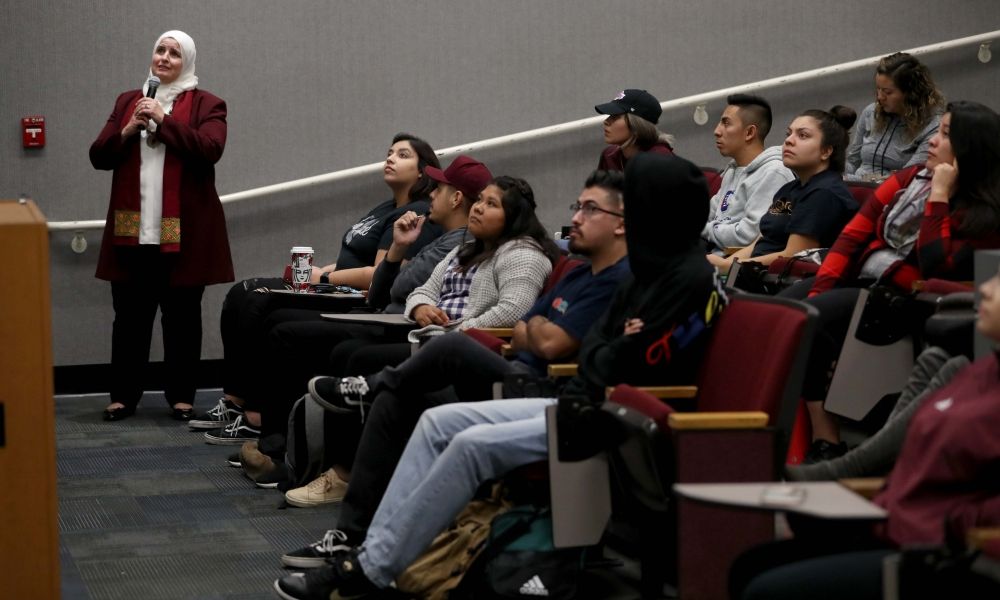 Screening and discussion of award-winning film The Tower

Learn more about the screening of The Tower 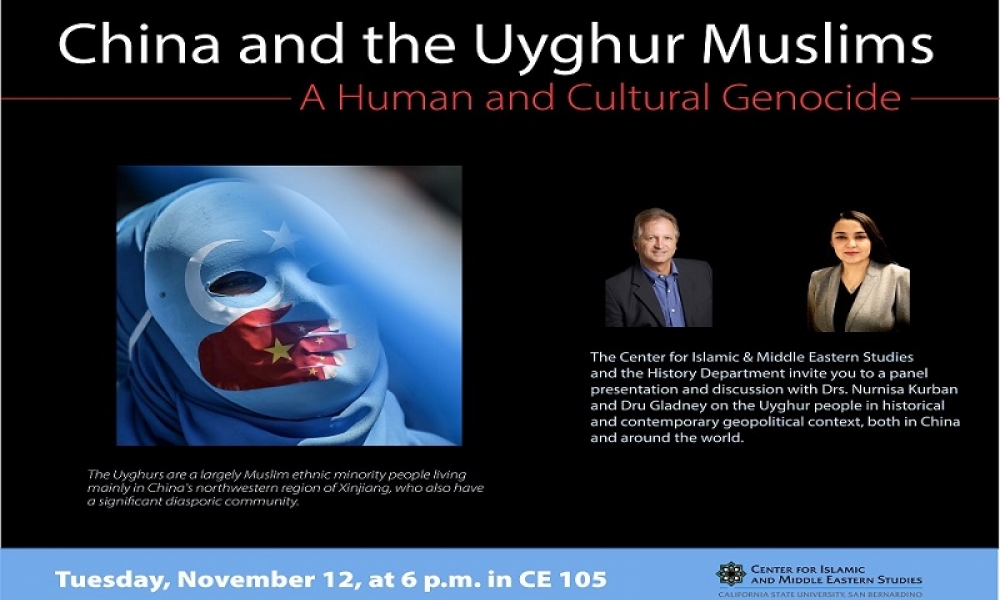 China and the Uyghur Muslims

The Center for Islamic & Middle Eastern Studies and the History Department's panel presentation and discussion with Drs. Nurnisa Kurban and Dru Gladney on the Uyghur people in a historical and contemporary geopolitical context, both in China and around the world. 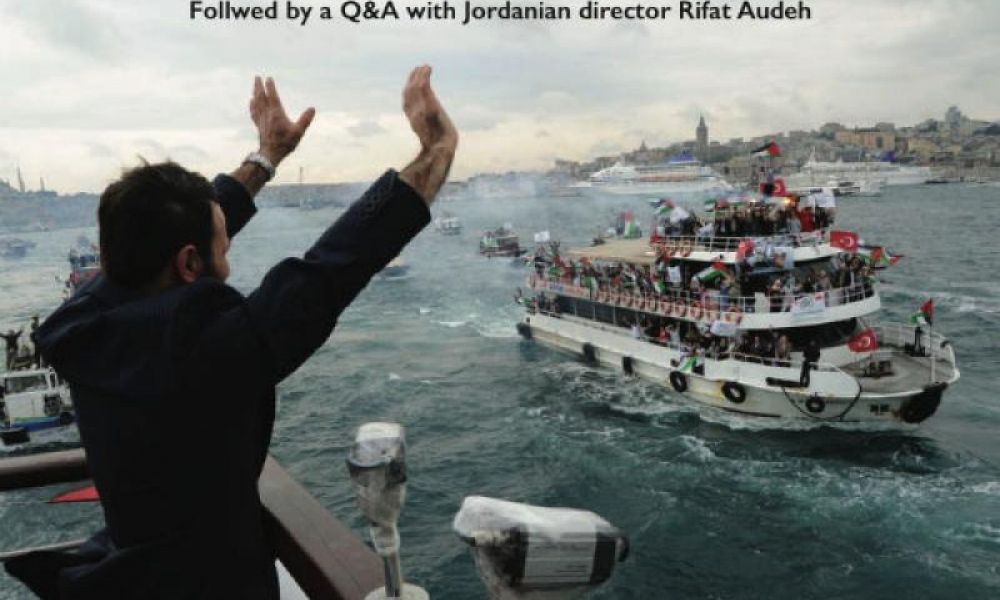 The Truth: Lost at Sea

The film was 50-minutes-long and was followed by Q&A with the film director Rifat Audeh who came all the way from Jordan. 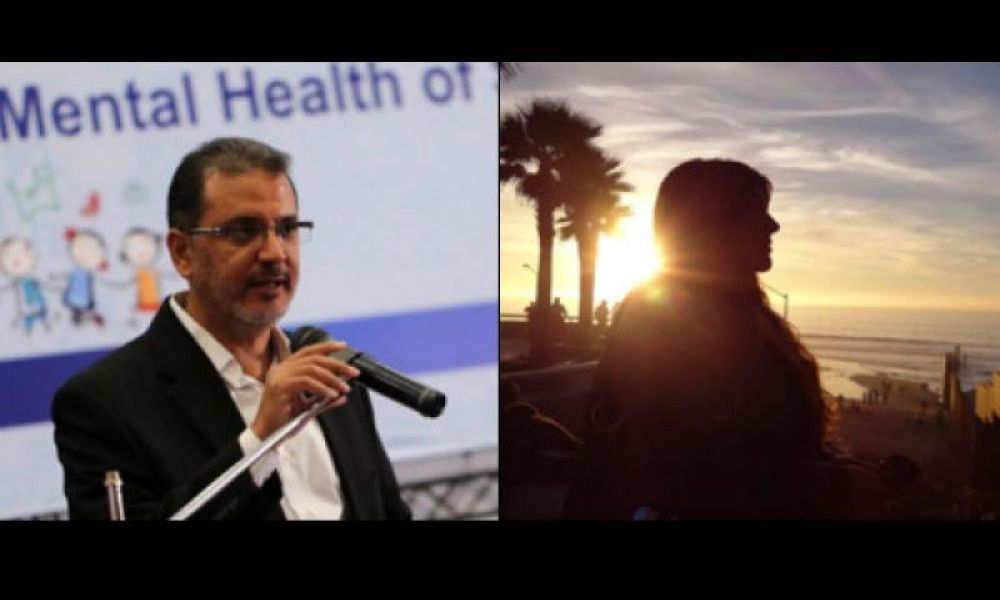 Dr. Yasser Abu Jamei, a well-known Palestinian psychiatrist and director of the Gaza Community Mental Health Programs was joined by Professor Liliana Conlisk-Gallegos to talk about militarizing borders and its impact in the cases of Gaza and the Mexican borders. 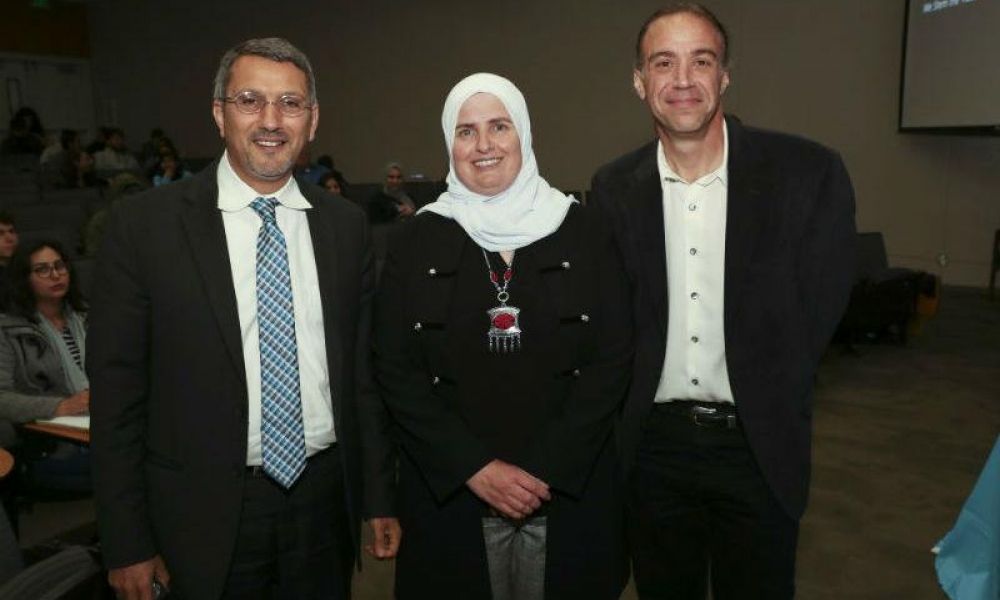 Rise of Populism and Islamophobia

This panel seeks to deconstruct the current confluence of populism & Islamophobia to understand its growing manifestation & utility in political discourses domestically & abroad, & to assess the role of mass media in advancing racist & Islamophobic agendas.

Learn about the panel 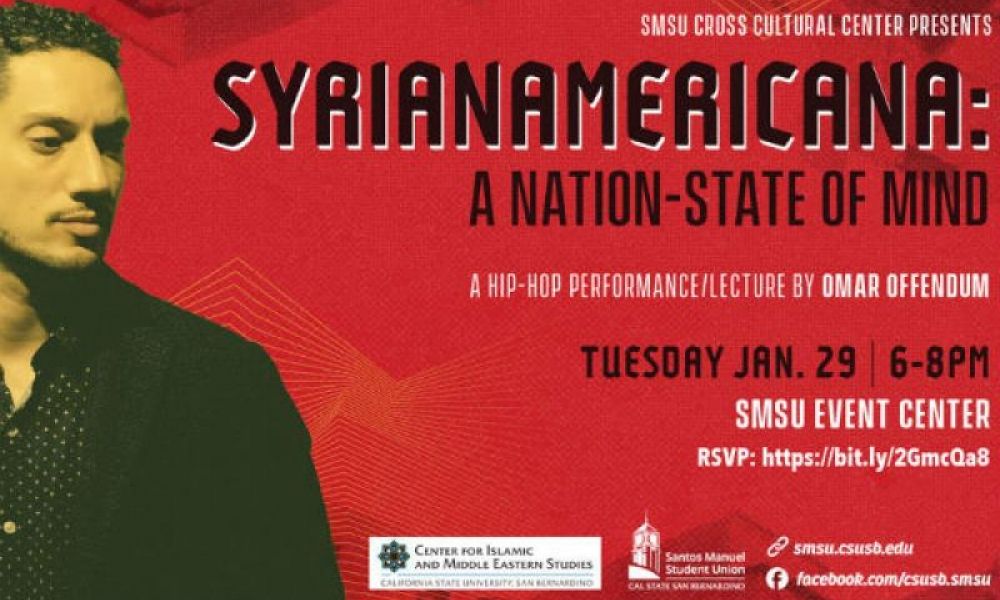 SyrianAmericana: A Nation-State of Mind

With a decade-long artistic journey that has both paralleled the rise of social media and borne witness to major sociopolitical shifts in Syria, Omar Offendum discusses how he's been able to develop a special blend of Hip-Hop and Arabic poetry to bridge cultural divides. 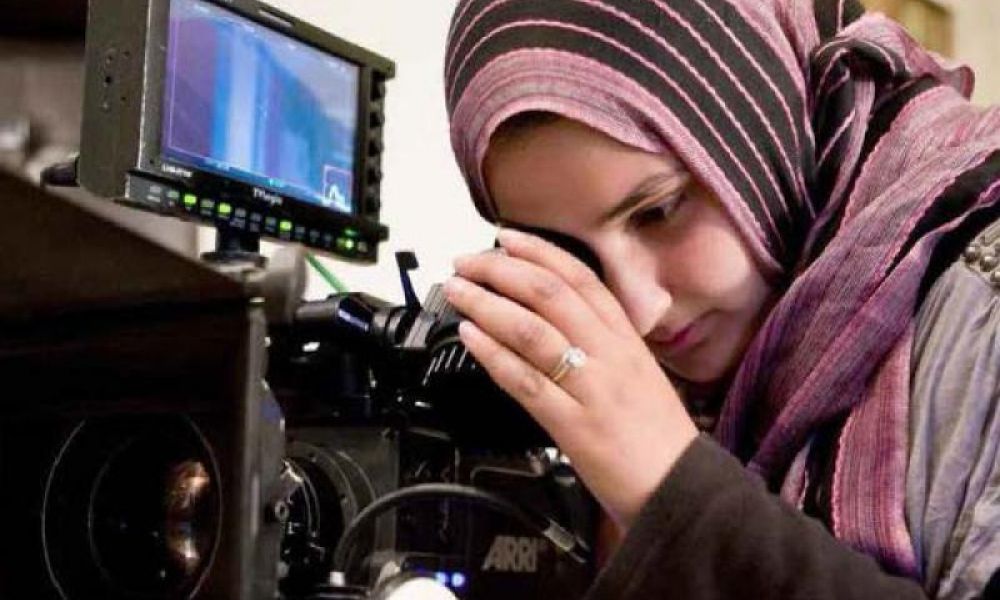 Lena Khan, one of the first female filmmakers to enter mainstream Hollywood as a director. Her first feature film, THE TIGER HUNTER, featured a Muslim character in a lead role and played in theaters nationwide to tremendously positive reviews. Lena recently sold a television show and is now directing a feature film for Disney.

The Center for Islamic and Middle East Studies (CIMES) at CSUSB serves as a flagship for international dialogue and academic excellence for students and faculty as well as the local and international communities. The Center supports research, lectureships, curriculum development and community outreach in order to advance the study of Islam and the Middle East.

Director of CIMES, Dr. Ahlam Muhtaseb, was selected by the CSUSB Office of Student Research as one of 2020 Research and Creative Activity Faculty Mentor Awardees.

Faculty selected for this award have shown exceptional dedication to student’s success for careers in research, teaching, and preparing them to meet the highest professional and ethical standards as scholars. As a recipient of this award, you will receive $2,000 towards your professional development funds.

Dr. David Yaghobian, Associate Director of CIMES, has been widely interviewed by the media about many issues related to Iran and Palestine 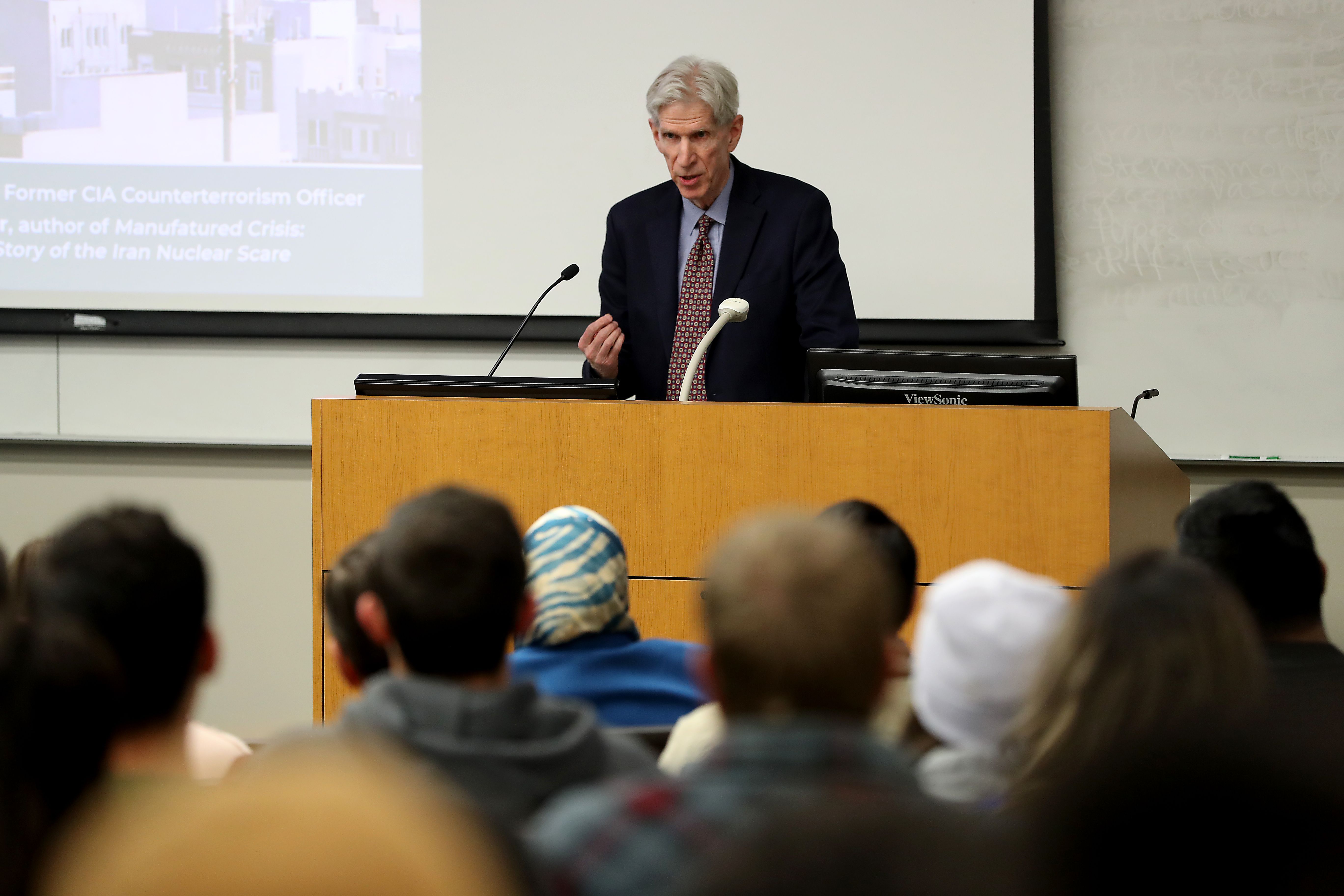 Author and journalist Dr. Gareth Porter is the featured speaker at the talk sponsored by CSUSB’s Center for Islamic and Middle Eastern Studies. The event is free and open to the public. 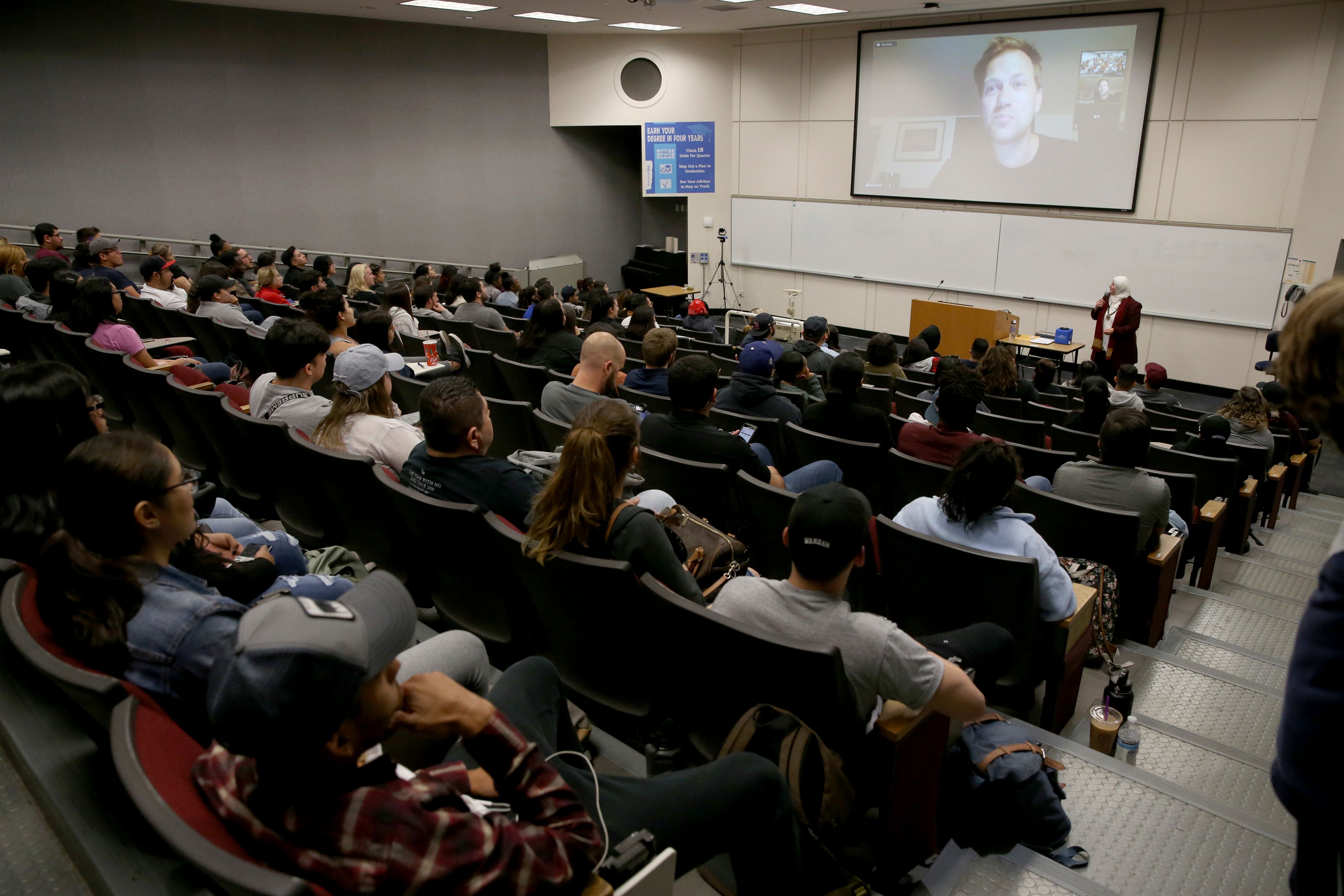 Screening and discussion of award-winning film set for Nov. 13

Screening and discussion of The Tower Article

Screening and discussion of The Tower Flyer 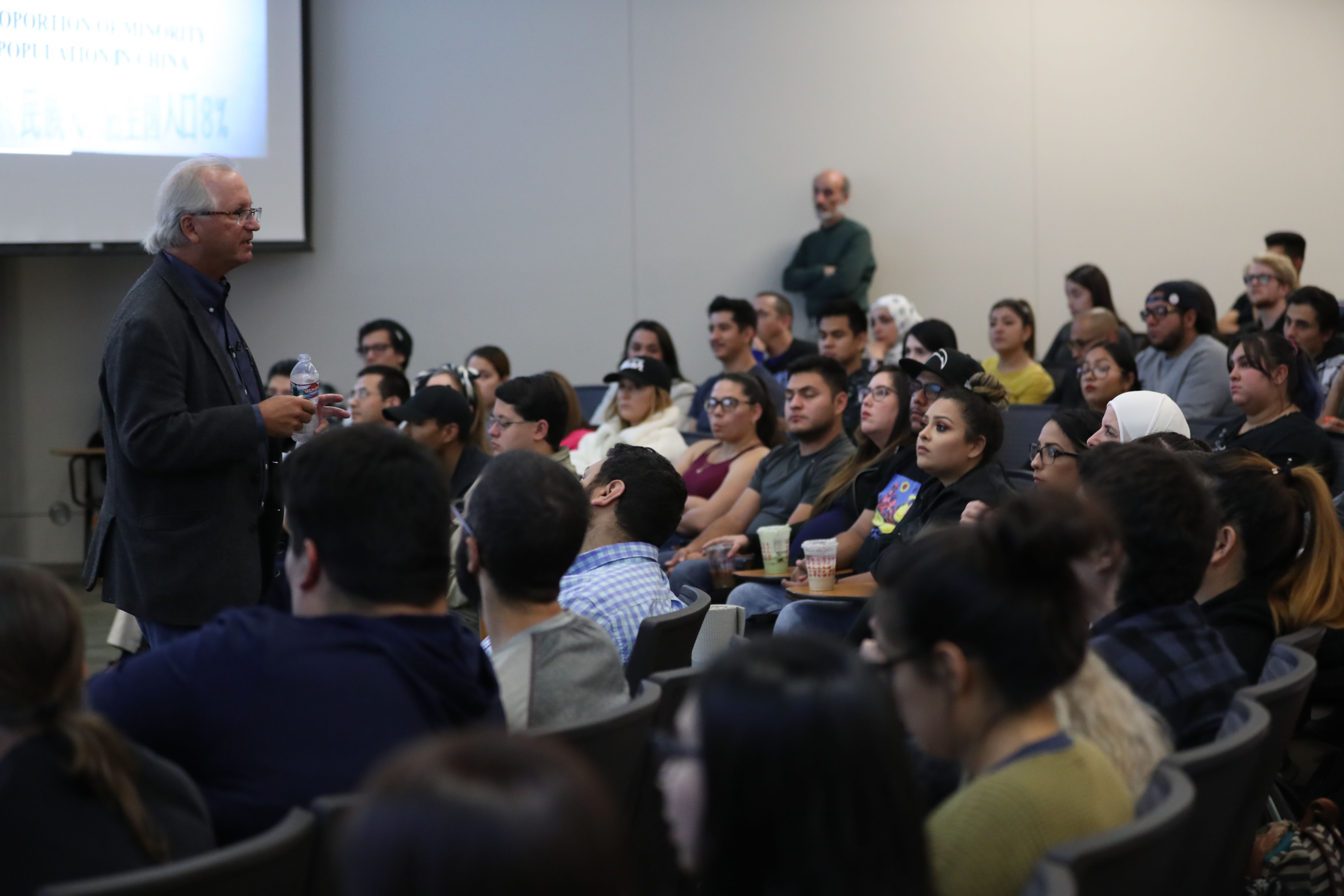 The mass internment of China’s Uyghurs, a largely Muslim ethnic minority who live in the northwestern region of Xinjiang, will be among the topics discussed by two guest speakers when the Center for Islamic & Middle Eastern Studies presents “China and the Uyghur Muslims: A Human and Cultural Genocide.”

China and the Uyghur Muslims Article

China and the Uyghur Muslims Flyer

Rise of Populism and Islamophobia: How Can We Stem the Tide?

The current rise of populism across the globe is directly linked to the spread of Islamophobia, as policy and radicalized funnel, that candidates and political parties utilize to draw voters to the ballot box.  Here, rightwing populism has used Islamophobia, xenophobia and racial discourses to repackage people's real economic pain, social and political instability in Western societies and posit itself as the solution to these complex and long-standing problems. This panel seeks to deconstruct the current confluence of populism and Islamophobia to understand its growing manifestation and utility in political discourses domestically and abroad, and to assess the role of mass media in advancing racist and Islamophobic agendas.

U.S. Hegemony & the Arab World Conference in Celebration of the 40th Anniversary of Arab Studies Quarterly

The Arab World is undergoing great economic, environmental and educational strides in some areas, while experiencing challenges in others. The role of the U.S. as the major player in the region requires constant and careful scrutiny. This conference aims to critically evaluate the impact of U.S. policy decisions, political and economic alliances, military interventions as well as reactions and popular resistance against the U.S. hegemony in the region from a socio-political and historical perspective.