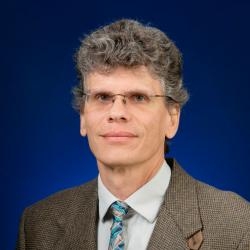 Brett J. Stanley received his B.S. in chemistry from the University of Pittsburgh in 1987, the Ph.D. in 1992 working with D.B. Marshall at Utah State University, and completed a post-doctoral research appointment with Georges Guiochon at the University of Tennessee and Oak Ridge National Laboratory.  He has been on the faculty at California State University, San Bernardino since 1994, being promoted to Associate Professor in 1999 and to Professor in 2004. He served as department chair 2011-2017.  Dr. Stanley teaches courses in quantitative analysis, instrumental analysis, and general and environmental chemistry for non-majors.  He was the graduate coordinator for the M.S. program in Earth & Environmental Sciences at CSUSB from 2006-2011. He has supervised over 30 undergraduate research students and 12 M.S. students. He has 25 publications.  His research area has been on retention mechanisms and heterogeneity in liquid chromatography, but has evolved into applications in environmental chemistry.  Most recently he has been working on the analytical chemistry of cyanide in wastewater, and the possibility of its presence as a disinfection by product.  Dr. Stanley is a member of the American Chemical Society, the analytical division of ACS, and the chromatography sub-division.

Brett Stanley received a B.S. at the University of Pittsburgh in 1987 and a Ph.D. in analytical chemistry from Utah State University in 1992. He was a postdoctoral research associate at the University of Tennessee (1992-94), and performed work at the Oak Ridge National Laboratory on the measurement and characterization of adsorption with inverse chromatography techniques.

Dr. Stanley is an analytical chemist with specialization in the surface chemistry and modeling of column chromatography. His past research evaluated the fundamental basis of peak asymmetry in reversed-phase high performance liquid chromatography. He is currently interested in environmentally-related projects, including the analytical chemistry of cyanide in wastewater and the possibility of cyanide as a disinfection byproduct.  This involves identifying and quantifying precursors such as amino acids.