The new film “Comm Studies ¿Qué es Esto?” which explores questions families may have about the communication studies major in a bilingual film format, will premiere Wednesday, April 13, at 5:30 p.m. and Saturday, April 16, at noon. Register at the film’s Eventbrite page.

The new film “Comm Studies ¿Qué es Esto?” (What is This?), which explores questions families may have about the communication studies major in a bilingual film format with dialogue and subtitles in both Spanish and English, will premiere Wednesday, April 13, from 5:30-8 p.m., and Saturday, April 16, from 12-2:30 p.m., at Cal State San Bernardino, University Hall, room UH-106. Register at the film’s Eventbrite page.

Roberto S. Oregel, assistant professor of communication studies, and director and producer of the film, and Jess Block Nerren, full-time lecturer of communication studies and executive producer of the film, made “Comm Studies ¿Qué es Esto?” at the request of students and recent alumni who shared their struggles in explaining their major. This film attempts to meet a previously unmet need for first-generation college students.

The importance of meeting the need motivated industry and educational leaders including Adobe, the CSU Chancellor’s Office, the CSUSB Office of Community Engagement and the CSUSB Department of Communication Studies to finance the film.

“When I joined CSUSB, I learned through conversations with students that they wanted to involve their families more,” said Oregel. “But they didn’t know how to frame their education in communication studies with their Spanish-speaking family. There was a disconnect between their studies at CSUSB and their parents. This film attempts to bridge that gap by answering many of the student and family questions using both English and Spanish.”

“We’re not trying to sell anything,” Nerren explained. “We’re trying to answer questions that people really wanted to answer for their loved ones and the special people in their world.”

The screenings are free for students and their families. The first screening on April 13 will feature opening remarks by Robert Nava, CSUSB vice president for advancement and executive director for the CSUSB Philanthropic Foundation.

Both screenings will also include a panel discussion following the film. On April 13, the panelists include: Ahlam Muhtaseb (via Zoom), professor of media studies; Larry Hygh, full-time lecturer of communication studies; Liliana Conlisk Gallegos, associate professor of communication studies; and CSUSB alumnus Angel Martinez Morales, along with his mother. On April 16, the panelists include Oregel, Nerren and CSUSB alumnus Floroliva Alvarez.

Refreshments will be provided. Parking is $3 on weekends and $6 on weekdays and can be purchased at the parking kiosks.

Roberto S. Oregel is an independent filmmaker who has been writing, directing and producing documentary films for 18 years. His works represent a variety of film genres, including experimental, narrative and documentary, and deal with a range of subjects, from the creative process to the issues that impact underrepresented communities.

Jess Block Nerren is a strategic communication professional with 19+ years of experience as the president of her own public relations firm. In 2021, she successfully defended her dissertation on Inclusion, Public Relations and Teacher Education in 2021 at CSUSB where she also teaches full time. 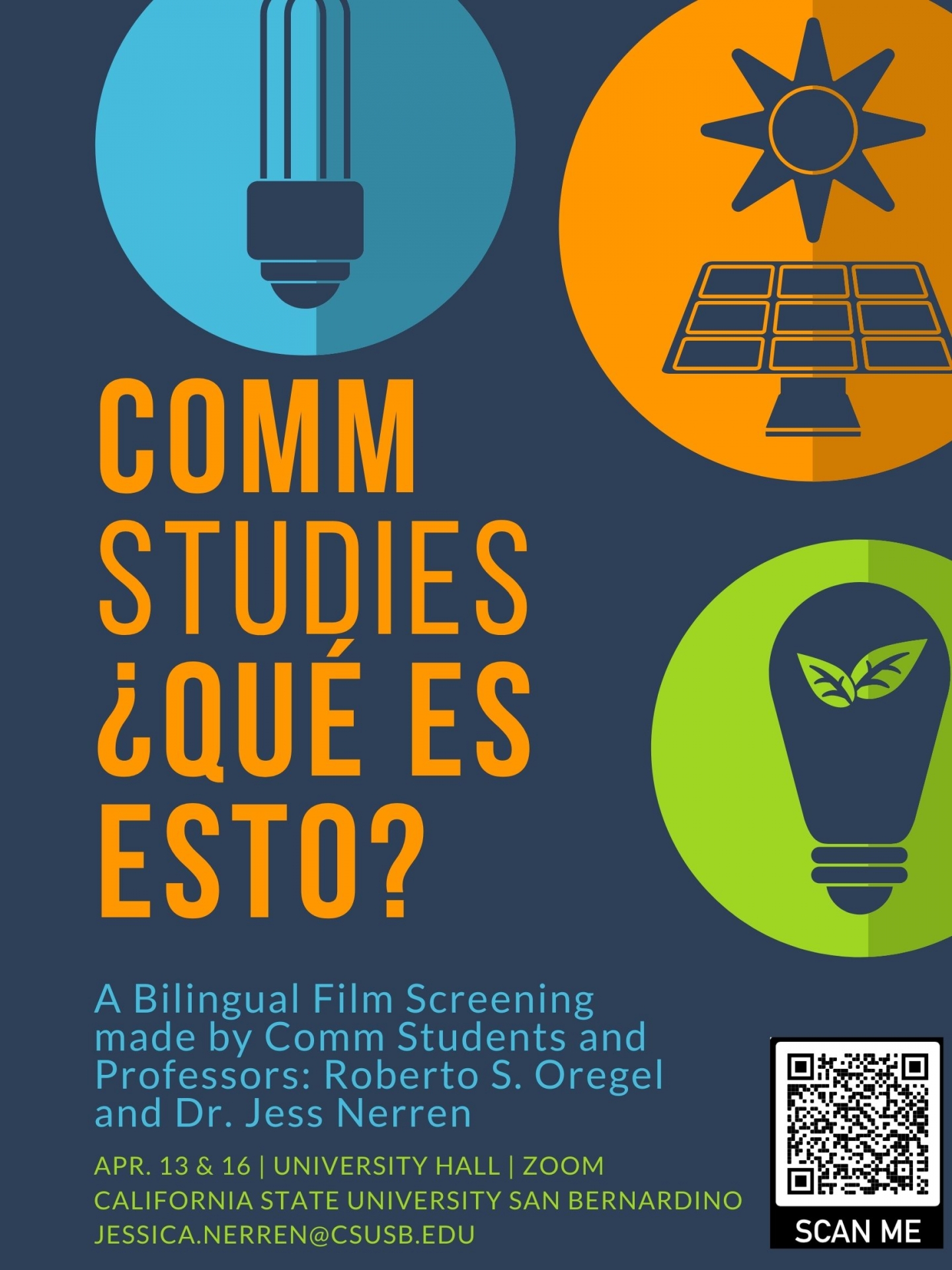