The free and public panel discussion will include five speakers from Bangladesh, Lebanon, Palestine, Turkey and Yemen. Presented by CSUSB’s Center for the Study of Muslim & Arab Worlds and Intellectual Life Fund, it will be livestreamed on YouTube at noon Thursday, April 15.

The CSUSB Center for the Study of Muslim & Arab Worlds and the Intellectual Life Fund will present a panel discussion, “COVID-19 in the Muslim World,” at noon on Thursday, April 15, on YouTube. The program, open to the public, will feature five speakers from Bangladesh, Lebanon, Palestine, Turkey and Yemen.

The COVID-19 pandemic uncovered many underlining issues in different societies. Issues of health preparedness and disparities, inequities and racism, to name a few, became prevalent in many societies. However, the pandemic also showed that we all share one global village, in which our destinies are interconnected.

Ali Riaz, Ph.D.
Ali Riaz is a Distinguished Professor of political science at Illinois State University, a Nonresident Senior Fellow of the Atlantic Council, and the president of the American Institute of Bangladesh Studies (AIBS). He held various positions at ISU, including the chair of the Department of Politics and Government (2007- 2017), and the Thomas E. Eimermann Professorship (2018-2020). Riaz previously taught at universities in Bangladesh, England, and South Carolina, worked as a broadcast journalist at the British Broadcasting Service (BBC) in London, and served as a public policy scholar at the Woodrow Wilson International Center for Scholars at Washington D.C. Riaz’s recent publications include “Religion and Politics in South Asia” (2021), and “Voting in a Hybrid Regime: Explaining the 2018 Bangladeshi Election” (2019).

Çağhan Kızıl, Ph.D.
Çağhan Kızıl is an associate professor of neuroscience in Helmholtz Association of German Research Centers in Germany. He obtained his B.Sc. from Middle East Technical University in Ankara, Turkey; M.Sc. from University of Göttingen, and Ph.D from Max Planck Institute Tübingen, Germany. His research focus is on stem cells and their therapeutic use in Alzheimer’s disease and neuroimmunology. As a scientist, Kizil became a vocal public figure extensively talking, writing and sharing about the COVID-19 coronavirus pandemic in Turkey. Besides his scientific publications, Kizil also writes about academic freedom both in Turkey and abroad. He is also an active member of Research Institute on Turkey, a New York-based non-profit organization.

Diana Buttu, J.D.
Diana Buttu is a Palestinian-Canadian lawyer and human rights activist. From 2000-2005, she served as a legal advisor to the Palestinian negotiating team and later to the Palestinian president, Mahmoud Abbas. She a frequent commentator on Middle East politics and human rights, with op-eds and appearances in major international media outlets such as the New York Times, CNN, BBC, Aljazeera, the Wall Street Journal and the Washington Post, among others. She holds a B.A. and LLM from the University of Toronto, a JSM from Stanford University, a J.D. from Queen’s University, and an MBA from the Kellogg Northwestern School of Business. Buttu is the recipient of numerous human rights awards including the Italian Stelle Solidariete Prize.

Firas Abiad, M.D.
Firass Abiad is the chairman of the board and general manager of the Rafik Hariri University Hospital. He received his MD and did his surgical residency at the American University of Beirut. He then specialized in laparoscopic and bariatric surgery in the U.S. He is a surgeon with 20 years of experience. In addition, Abiad has held numerous administrative and leadership positions in the institutions he worked in, and in 2014, obtained his EMBA from the Olayan School of Business. Abiad is a firm believer in important role leaders play the empowerment and development of their team members. He uses his positive attitude and tireless energy to encourage others to work hard and succeed. The Arab Hospital federation chose Abiad as the Man of the Year 2020 for his extensive efforts in leading RHUH to face the challenge of COVID-19. Abiad is inspired daily by his wife and their three children.

Khaled Bahjri, M.D., MPH
Bahjri is an associate professor at the School of Pharmacy at Loma Linda University. He was born in Ethiopia and lived there until 1989, when he moved to Tennessee for his undergraduate degree. In 1994, he moved to the Philippines to complete his medical degree at from Our Lady of Fatima University. In 1999, he moved to Loma Linda, where he completed his master’s degree at Loma Linda University in bisotatistics and health administration, as well as his Ph.D. in epidemiology. Currently, he serves as the head of the board of directors at the Islamic Community Center of Redlands. 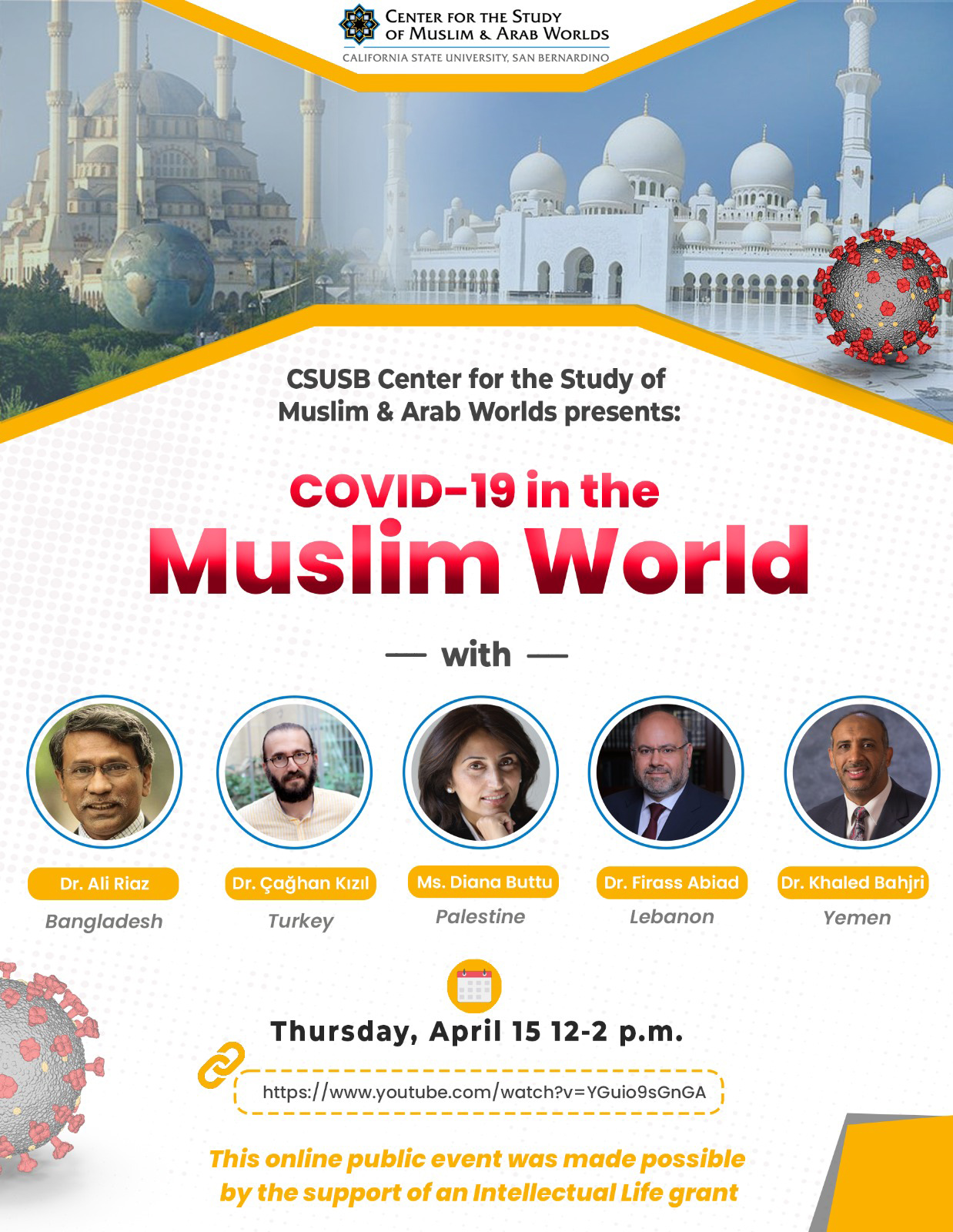