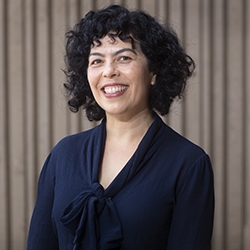 My research explores the cultural and political significance of mineral conflicts in the Ecuadorean Andes. I am interested in new forms of social protest that rally human and non-human entities into political struggles against mineral extraction and towards a greater democratization of development practices. My research analyzes how anti-mining protests led by Andean dairy farmers encompassed contradictory forms of multicultural politics that appropriated state discourses to challenge hegemonic forms of racial and spatial political geography of the region.

My book, Pachamama Politics: Campesino Water Defenders and the Anti-Mining Movement in Andean Ecuador was published by University of Arizona Press in 2022.

I am the recipient of awards from the Inter-American foundation and the National Science Foundation. I am also a former research affiliate of the Facultad Latinoamericano de Ciencas Sociales (FLACSO), Ecuador and the University of Manchester’s Program on Territory, Development, and Conflict in the Andes.